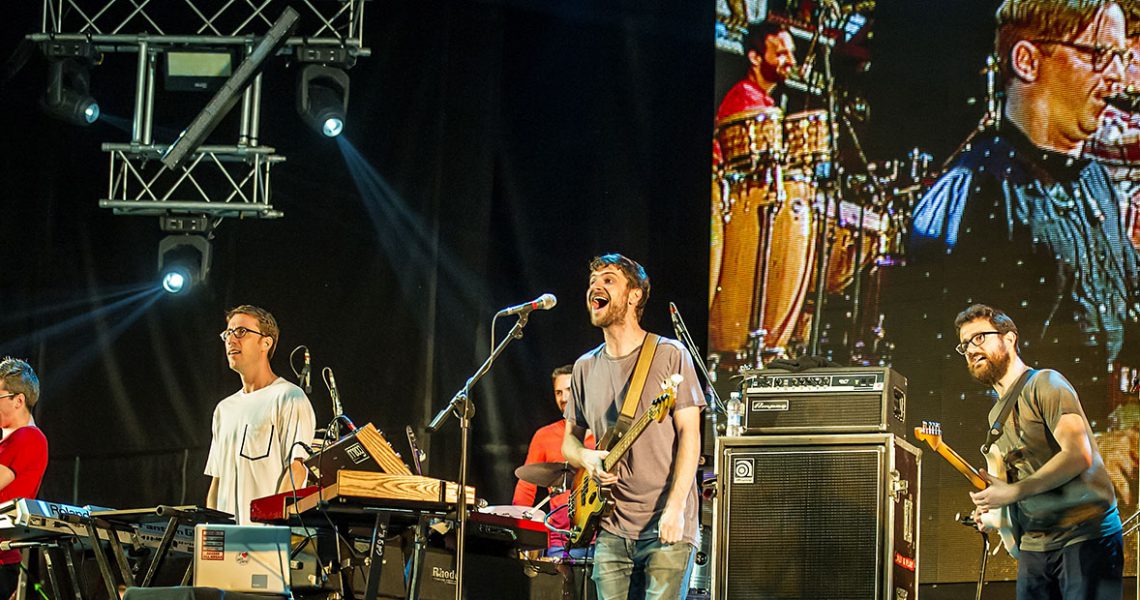 In March this year, Snarky Puppy’s Michael League was the guest of the month on Qwest TV. March also saw the release of their new album, Immigrance. Willy Kokolo spoke to Michael League for Qwest TV about this new adventure, his love of percussion, and the need to think beyond borders in a group that has always cultivated openness in their music.

It takes only a few minutes of a Snarky Puppy gig to realize something fresh is about to happen. The three-time Grammy-award winners have an appetite for improvisation and are always eager to explore uncharted territories. Throughout their studio recordings and live performances, garnering millions of views online, these music geeks have demonstrated they can play anything from rock to neo-soul, from world music to funk.

That the University of North Texas, where the band was created, was the first to offer a Jazz programme in the United States should not be misleading: Snarky Puppy is something else. It comes as no surprise that the mastermind behind that collective embraces cultural diversity. In a business environment, Michael would have been that cool start-up CEO with a strong sense of purpose and casual clothes. Staying true to form, our conversation was similarly casual in tone.

Willy Kokolo: Snarky Puppy is more of a collective than a band per se. How do you see yourself within that collective?

Michael League: Well, I formed the band about sixteen years ago, and my role in the group has changed over the years. I spent a very long time as not just the bandleader but also the composer, the manager, the promoter, the bus driver, the graphic designer, the producer … so I was just doing everything, in addition to playing. But then we progressively hired professional staff and I didn’t have to do any of that anymore. Now, a lot of guys are also writing music for the band too. If we play a gig, maybe 60-70% of the songs are mine, but the rest is from other guys, and that’s really nice. As time goes on, I am increasingly steering rather than driving things. Everyone knows what the band is now: what works, what makes us feel good on stage, how everybody is comfortable or challenged. I don’t have to implant ideas into people’s heads anymore. We are kind of just one brain, everyone together.

Willy Kokolo: I have come to understand that the rehearsing process is non-existent.

Willy Kokolo: Can you describe how it works? It seems so complicated and simple at the same time. The person who composes a song drafts everything on Logic, sends all the parts to all the band members without telling them what to play, and then you would meet and arrange the song during the live performance. Is that correct?

Michael League: Well it depends. Most of the time, we only rehearse a song just before we record it. And then everyone can learn their part from the recording. I prefer to do my demos the way that you explained, but it is not like we arrange it on the fly. Everyone comes in learning all parts, and then I make recommendations for what everyone should play. But if we have another idea, we change, and people make a lot of changes during that process too. It is very much a group effort at this point.

Willy Kokolo: Do you think having to chart everything would limit your creative process?

Michael League: Oh yeah, in so many ways! Not just who plays what, but what the rhythm is or feels like, or what the chord voicing is. We do the sheet music afterwards, after the album comes out. In this case [editor’s note: for the Immigrance album], we rehearsed in the morning and recorded in the afternoon, so it was really four hours a song.

Willy Kokolo: That would be your preferred way of doing things. What about the others? Do they share your feelings?

Michael League: We are the same. The thing that is different is that some guys are more specific on who needs to play what.

Willy Kokolo: I am assuming this way of sequencing a song helps you improvise throughout the live performance.

Michael League: Yeah, I mean I make sure that we are all in the moment. If somebody knows that a certain section always works a certain way, it is easier for them to tune out. But if everything is able to be changed, then it requires that everyone be focused and aware of what the other people are playing.

Willy Kokolo: Concerning the writing process, I remember focusing on the concept of forests for Sylva [editor’s note: Snarky Puppy’s 2015 live recorded album with the Metropole Orkest] helped you during the writing process as you were touring. How did it come about for the forthcoming album? Did you come up with the Immigrance concept first and then attempt to infuse it in the songs, or did you identify the concept afterwards when all the songs had been written?

It was the latter, so actually it was the opposite of Sylva. The concept for the title and the artwork came after everything had been mixed. And then when I listened to it, I felt that there was some kind of message in the music. I thought this artist Zeycan Alki? from Turkey would be the perfect fit. Her artwork is such a distinct style, it’s very provocative. 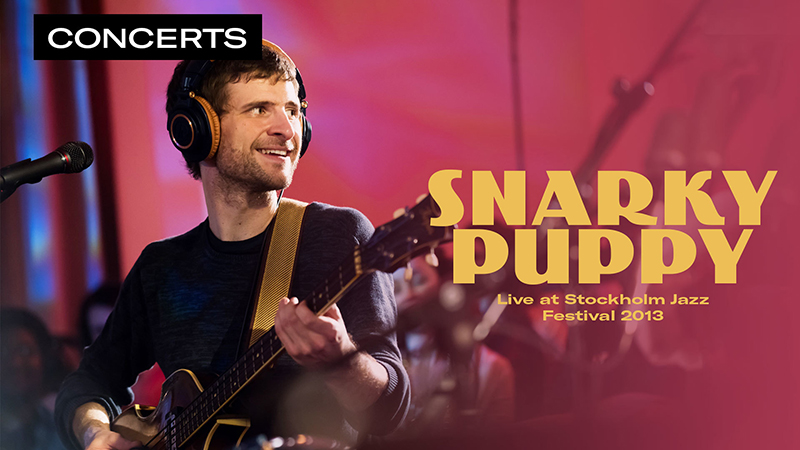 Willy Kokolo: Can you elaborate on the concept? What does it mean from a social and a political point of view?

Michael League: It all comes down to this idea that identity is a very fluid concept. It is not fixed and yet many people feel like “I’m American, I’m White, blues is my music.” But we are all just consequences of lots of things that happened before us, in many different places. Although blues is an American music, if you check out Malian music you understand that there is a definite relationship between those things. And if a Malian says that they invented blues, then you just go to the Middle East and you check out where the Malian thing came from through the slave trade. Everything is just fluid, nothing exists in a bubble. And we as musicians are all constantly immigrating in a way. Every time we learn a new style, a new song, we are leaving behind the musician that we were and taking on new elements that become who we will be. Therefore we are always in motion, we are always peeling off our former skin and putting on a new one, in a way that an immigrant does when they need to adapt to a new place. I think there is a real lack of empathy for people who have that struggle, especially in my country recently but in many countries around the world too. I am a recent immigrant in Spain, but I am a luxury immigrant: I moved to Spain because I chose to. Many people do not have that choice or those circumstances.