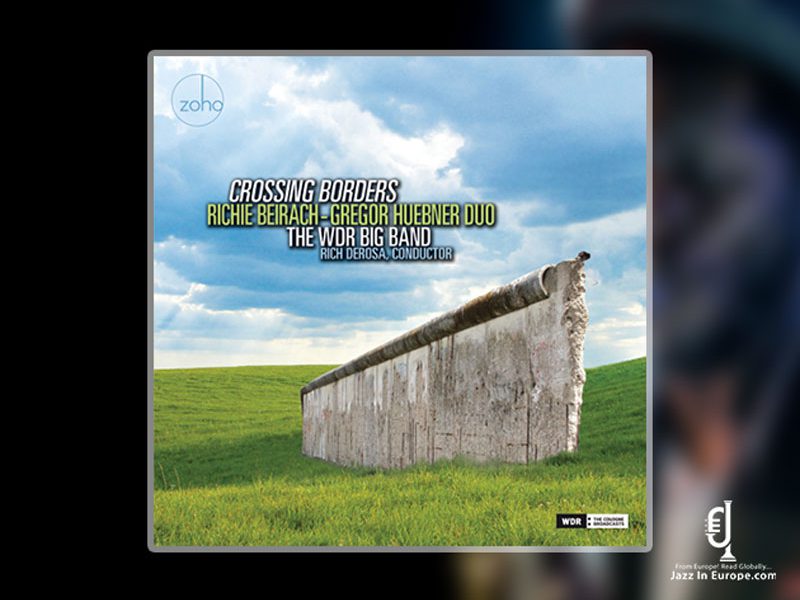 Any musician worth his or her salt knows that timing is integral to making music. From counting notes in a measure to orchestrating in different meters, the element of time is foundational to every piece of music. For most artists, being sure that a song has proper timing is mostly a musical decision. But in the case of Crossing Borders, maestros Richie Beirach, piano, Gregor Huebner, violin, and Rich De Rosa (conductor) have thought about timing in a broader sense. Their spectacular and sparkling album with Germany’s WDR Big Band is both timely and timeless.

In the US and Western Europe, the rise of tribal politics and a trenchant xenophobia has taken hold. Building the US-Mexico border wall has become a political issue, not just dividing countries, but Americans who support or disagree with this measure. The resulting heightened concern and anxiety towards people who are different continue to shape the national political dialogue.

This is a conversation in which artists can and should participate. Musical creators learn from an early age that they should evaluate people on their intrinsic talents and skills. And that music ultimately has a welcoming spirit, in which artists and audience members can be in communion with each other during and throughout a performance or production. 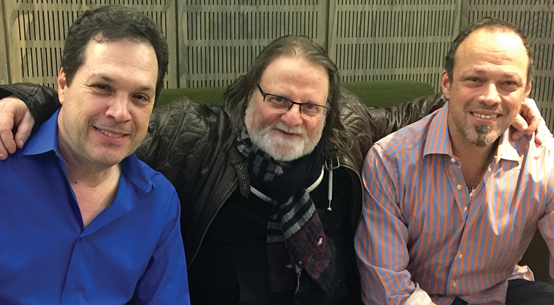 Crossing Borders is a production with this sort of welcoming spirit. It blends borders between classical and jazz, traditional and edgy. Both Richie Beirach and Gregor Huebner were classically trained and play instruments that are often used to perform music by Bach, Beethoven, and Brahms. “I wanted to do something unusual,” said Huebner. So, when he was commissioned by the WDR, he jumped at the opportunity to create something of the moment and very much needed.

The first piece Rectilinear/Paradox is a medley of two Beirach compositions. It’s a rather short number but makes a profound statement. It’s the opening salvo of what’s to come, an album that knows no borders or limits. The juxtaposition of these two pieces showcases how different sounding elements may mesh together. The more melodic “Paradox” with its song-like form, paired with the contrapuntal material of “Rectilinear” makes for a tantalizing beginning.

The centrepieces of this production are two concertos for solo instruments and jazz orchestra composed by Huebner. Given that solo concertos are usually within the classical music genre, and performed with an orchestra, this album’s title “Crossing Borders” thus derives its second meaning by describing these two concertos’ musical category-transcending character into big band jazz.