Claudia Campagnol – Her music captured me within the first 10 seconds! – Podcast

Nigel J. EiC @ JazzInEurope and producer at JazzTalk.News  – Nigel J. Interviews Claudia Campagnol his special guest in this episode and was looking forward to chatting with her, asking questions, listening and discussing tracks off her debut album titled: I’M STRONG 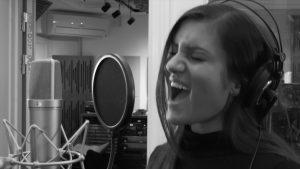 Claudia Campagnol (earlier known as Claudia Dancs) was born February 22th 1987 in Budapest, Hungary. She originates from a gypsy family where most of her relatives were and are musicians. She was raised and schooled in Malmö, Sweden and graduated from the Malmö Academy of Music. She met and married the drummer Niclas Campagnol (half Swedish, half Italian) who lived in Copenhagen, Denmark, this is where they make their family home base.

Over the years Claudio has mastered playing the piano, electric bass and is, in fact, a multi-instrument player.  Claudia started to listen to jazz and fusion in her teens and attended the Malmö Academy of Music. While attending she didn’t know whether she would sing jazz or if she’d sing classically. She had a great classical voice and her teacher wished for her to study further in Rome, Italy. Claudia gave up the idea because she felt that she needed to sing improvised music and make art and not recreate already existing art. We fast forward to the present…

Claudia and I talk about her inspirations for the music she creates, she shares her viewpoint as a woman in the music industry today and how she approaches any stereotyping, remaining strong.  I’M Strong being the title of this debut album.  Hear how performing with Stevie Wonder and their time spent together after the gig visiting the Jazzhus Montmarte club in Copenhagen resulted in the track – ‘All Through You‘ and how this lead to me seeking her out for this interview. Claudia is very candid as she shares the different experiences that have resulted in 4 of the tracks off her new debut album. Listen in and immerse yourself into the eclectic ‘Jazz‘ mix of Claudia Campagnol’s musical universe! 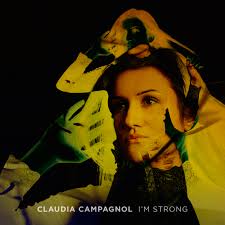 This debut album if you need a section to label it, is ‘Soul Jazz‘ because this album like so many others recently is transcending the pigeon hole requirements of the immutable old guard…

Claudia playfully expresses musical genres that have meant something to her, yet the rooting foundation is what we know as Jazz. She has a full power range that has control and what I like best is whether Claudia has the volume high or low you can feel the emotions as she expresses her meaningful lyrics. Dipping into what she feels is the most appropriate sub-genre to fully share her well-crafted stories. This is further enhanced by her naturally exquisite piano playing – I get the feeling Claudia is mature beyond her years, sometimes its just part of your DNA.

For a Debut Album featuring nine self compositions and a stirring rendition of Charlie Chaplin’s poignant evergreen classic ‘Smile’ it’s a ‘Tour De Force‘ and how Claudia will up her game from this point forward will be exciting to further discover!