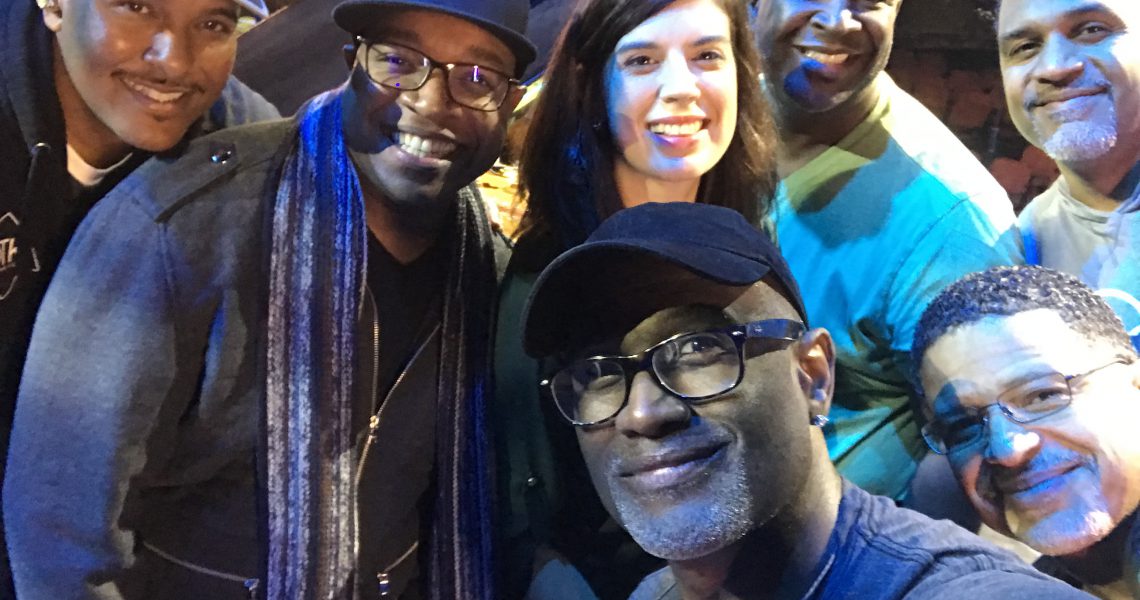 “The Baddest vocal cats on the planet!” – Quincy Jones

Any singer who aspires for vocal excellence cannot overlook the contributions these men have made to music. Take 6 has performed with and won praise from such luminaries as Stevie Wonder, Brian Wilson, Ben E. King, Ladysmith Black Mambazo, Al Jarreau, Ella Fitzgerald, Ray Charles, and Whitney Houston, and this is just a few names on a long list of who’s who in the upper echelons of the music industry past and present.

Take 6 has come a long way from their days at Huntsville, Alabama’s Oakwood College where Claude McKnight formed the group as The Gentleman’s Estates Quartet in 1980. It was my pleasure to have an exclusive backstage interview with these fine gentlemen before their recent performance at the newly refurbished Alexandria Place venue in London.

Paola Vera: Your most recent album ‘Iconic’ was produced and arranged by yourselves and is your first album to chart at no1 on the Billboard Contemporary Jazz chart. Could you tell us a bit more about the process behind making the album?

Khristian: Well, the process started before we actually recorded, we were sitting at rehearsal at Mark’s house in California and the concept came while sitting around the table to do songs that we just enjoy singing after every show. You’ll hear us, if you were to be backstage, you’d hear us singing and most of the songs that are on this album are songs that we like and we enjoy singing, because we love music so much right, so we actually ended up doing a list – each person did their top 20 songs, and we went around and voted on the songs that we wanted to do on the album, because there were songs that were from year to year, just incredible songs, iconic songs which is were the name of the album came from, so that was the process in deciding what songs were gonna be on the record.

Mark: We take them; then we arrange them, so that we can do them.
Paola Vera: Mark, you have been named the ‘architect of the Take 6 sound’ could you tell us a bit more about the process behind arranging these songs.

Mark: They say that, because I was the original arranger for the group, and have been instrumental in arranging us all the way through but I’m not the only one, in fact, my partner here David Thomas produced with me the whole project. Christian Dentley is also quite an established arranger/producer he lent his producing arms to it.

Paola Vera: So when you go about arranging do you have a specific way of arranging, do you work at the piano or do you have the sounds fully formed in your head and just write it?

Mark: Well it’s probably a mixture of them all. I definitely hear what needs to happen in my head before I go to a keyboard and work it out and typically with all our songs we will now use modern technology and include sequencers, the entire sequence and perhaps even sing the song down, record it, before everybody else records it, so we can make sure that it works right before everybody else has to get in and work hard to make sure that it’s everything that it needs to be!

Paola Vera: So you actually record everybody’s part yourself to check that the voice leading is correct? 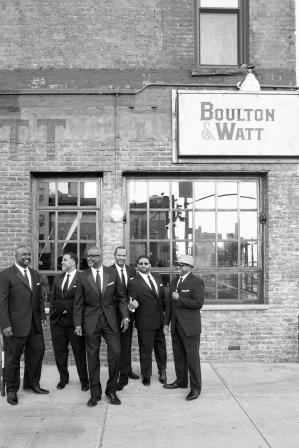 Paola Vera: And you guys learn it aurally I imagine?

Paola Vera: So it’s a case of listening to the recording over and over again until you’ve nailed your part, and never any kind of sheet music involved?

Alvin: Although yea, that’s how I learn mine because generally they’re together when they’re learning their stuff or recording together and I’m usually Johnny come lately. So I read my stuff down so I’ve got one more step to catch up to where they are.

David: I think especially with this particular project we really weren’t together that much. We probably did maybe three songs at best together, everybody did all the others at home in their home studio, recording their own part.

Paola Vera: So that actually leads on to my next question about the changes in technology, has it affected the way you work?

Claude: So originally we were all together, although we always recorded Alvin by himself. Pretty much all the other guys were together, except they’d do the solos by themselves.

Alvin: Yea tonically, if I can get the proximity without others it helps me pitch.

David: Yea also, once you get to the mix in order to have enough of the bass you want to be able to adjust the volume of that alone without changing the rest.

Paola Vera: What do you think about the evolution of jazz today? Where do you feel it’s heading?

Mark: I personally have seen it grow and expand if you think we started doing a lot of big band styling when we first started and that was in the early ’80s, which was bringing something that was old then, to something new. What we have done is also being expanded by the new generation that’s coming today. They’re doing voicings and things that I would never do, but now it’s becoming ‘the thing’ and they’re very avant-garde with it, at least some of them are! You also have the music where there’s lots of sampling of other music. We find ourselves being sampled as well, which you know, I actually consider it an honour that we’re good enough for them to want to sample and use. By the same token, we want to still stay relevant. From time to time we incorporate some of the newer things that are going on in today’s music with what we do.

Paola Vera: What advice would you give to artists today starting out…?

Editors Note: Read the full Paola Vera exclusive backstage interview with Take 6, the multiple winning a cappella Gospel Jazz group.  All in all a great read.  Published in full in the Spring edition of the Jazz In Europe Magazine. You can either view the magazine online or order your hard copy at the link below.