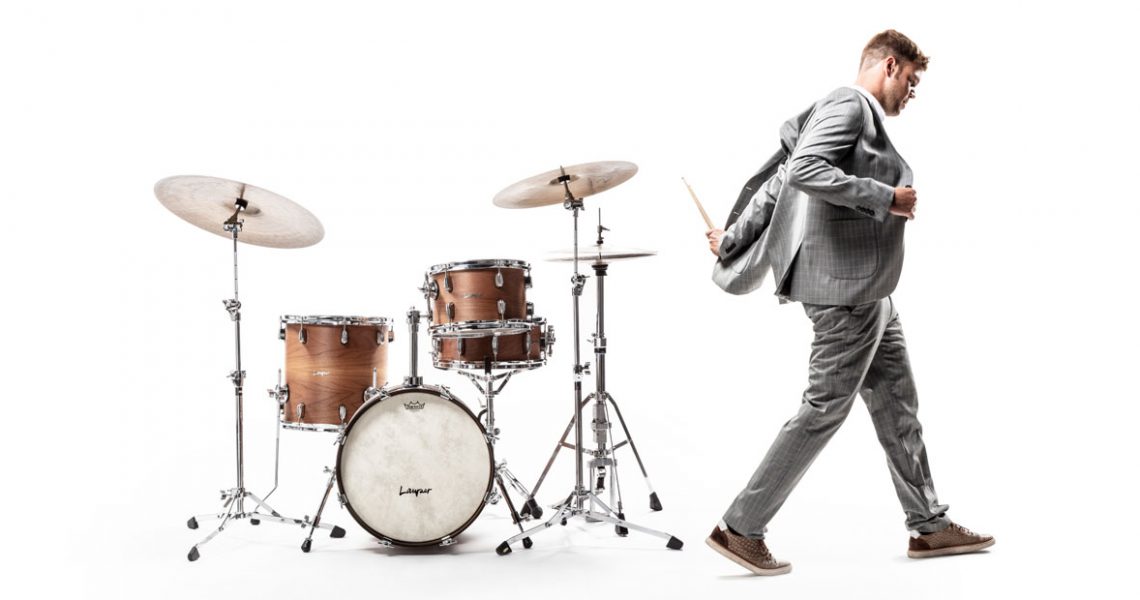 Earlier this month Swiss Drummer and Percussionist Gregor Lisser released his debut album “On Eleven”. The album features a double quartet combining a string quartet with a jazz quartet comprised of Piano, Bass, Drums and trumpet. On Eleven includes seven compositions composed and arranged by Lisser along with Ornette Coleman’s “Lonely Women” also arranged by Lisser for the format.

There have been many albums released over the years combining various string settings with jazz ensembles, some more successful than others. After my first listen, I can say “On Eleven” falls firmly into the successful category. With this album, Lisser has managed to seamlessly integrate the two instrumental groups to form a consistent and unique soundscape. 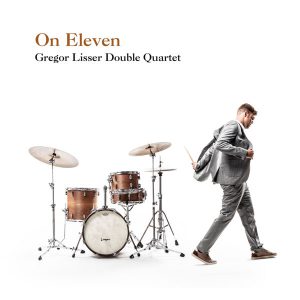 If you’re one those readers who may already be thinking that the album’s title is a reference to Spinal Tap,  you’d be wrong. The press release stated “Even the title he‘s given this first release, On Eleven, hints at the artistic essence of the album. It‘s a colloquial expression meaning “to go on foot“ and the title eludes to the fact that the inspiration for the album is drawn from hiking in the forest. The basic idea for the album came to Lisser during his studies at the Bern University of the Arts. Lisser was looking to form a “group that could explore the many nuances of sound found in that field of tension between classical and jazz.” Some years on and this album is a result of this journey.

The album opens with “State Of Mind” a short track that immediately sets the scene for the rest of the album and introduces the soundscape created by the Double Quartet. Dave Blaser’s poignant trumpet sound makes the initial declaration before merging with the rest of the ensemble to state the theme before segueing to the string ensemble to introduce the following track “Damoklesschwert”. Lissers writing for strings is harmonically reminiscent of the early to mid-20th-century postmodern classical tradition blending seamlessly with the harmonic structure we hear in the jazz quartet. I’ve touched on this above however it needs to be stated that even though the title eludes to two quartets, throughout the album there is a homogeneous aspect to these compositions and arrangements that blends the distinct voices into a whole.

One of my favourite tracks on the album is “Sell Me an Illusion”. I enjoyed the way this piece opens with the strings and uses the bass solo to transition to the improvised section gradually picking up the tempo before re-introducing the full ensemble to form a basis for Lisser to explore the odd meter feel. Ornette Colman fans are set for a surprise with Lisser’s arrangement of Lonely Woman from the classic “The Shape Of Jazz To Come” album. Gregor’s arrangement takes Coleman’s linear composition adding multiple harmonic layers while retaining the rhythmic complexity of the original. I’ve listened to this track many times and with each pass, another layer of this onion is peeled away revealing new delights.

The musicianship on this recording is top notch as is the recording quality and any natural imbalances in volume between the instrumental groups has been sympathetically dealt with in the mix. The arrangements allow plenty of room for the string quartet to not only to play a supporting role harmonically but also to take their fair share of the thematic duties. Dave Blaser’s trumpet playing is spectacular and while prominent throughout the album it’s never overbearing. In fact, I would go so far as saying his playing is one of the key factors that ties all of this together. One of the most impressive aspects of this album is the way Lisser shifts from the through-composed sections to the improvised so seamlessly. The entire album feels completely organic and in no way contrived or over thought. Although this recording is led by a drummer, don’t expect a “drum fest” here, this album is about composition and performance.

With ‘On Eleven’, Gregor Lisser has shown himself to not only be a great performer but also an accomplished composer and arranger who is not afraid to step outside of the box. I can not recommend this album highly enough, brilliant!

Track Listing:
State of Mind | Damoklesschwert | Pain and Despair | Thank You | Lonely Woman | Sell Me the Illusion | The Kraken | Varacity