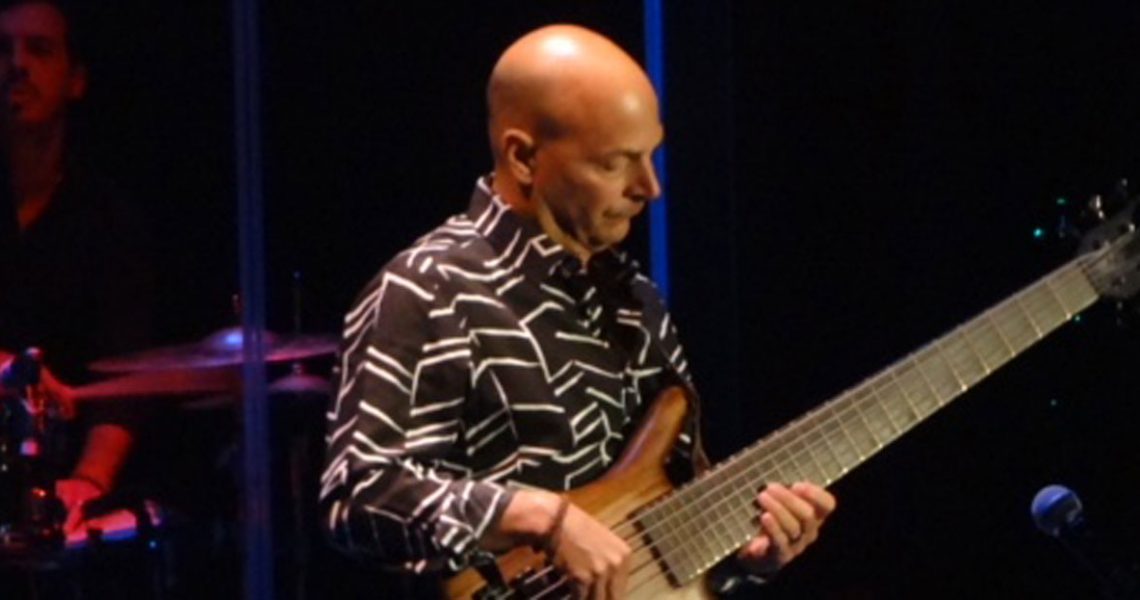 Craig Schoedler is one of those musicians that seems to be unafraid to tackle any musical challenge. This is not only evidenced by his eclectic recorded output but also his latest show “Bass Destinations” that’s expected to hit the stages later in 2019.

Originally from Wilmington (Delaware), Craig studied performance and composition at Temple University in Philadelphia before moving to New York to complete a masters degree at New York University. Craig has spent a great deal of his career working as a side-man across many genres becoming one of the busiest players on the East Coast. While working as a side-man certainly keeps the wolves from the door Craig wished to focus on his own projects.

Craig’s début as a leader came in 2001 with the release of “By the water” featuring among others Mike Stern and Steve Jordan. This album received rave reviews and garnered a great deal of airplay both in the USA and Europe. The album had it’s roots some three years prior to the sessions. In an interview with the Global Bass Online Craig explained “I started writing tunes for the CD back in 1998, but at that time my sons (Miles and Alex) were only 5 and 2 years old. As most parents know, those are very busy years, so I decided to wait a little to record. In the credits of the CD, I do thank the musicians for helping me keep my sense of humour, that was really directed toward Mike Stern. It can be pretty stressful recording your own disc, and Mike was really funny through the whole process. I really appreciated it.” I asked Craig about his thinking behind the chosen line-up and how it came about “I’d been a fan of both Mike and Steve for many years so when the chance came up to finally start recording it was a logical choice to add them to the line-up. In fact, some of the later compositions included on the album were written especially for the line-up.”

Since the release of “By the Water” Craig has released a number of solo bass albums including, ‘Bach To Bass” and “Giorni a Venezia” as well as the folk-tinged album “There’s Something About A Mountain…” that features him on bass and guitar. As mentioned above his discography is eclectic, to say the least however the common thread throughout is his virtuosity.

With his last solo release in 2012, I was interested to know if Craig was planning a new release. “Well to be honest since the release of Giorni a Venezia I’ve been very busy touring and just not had the time to focus on a new release. About a year ago I had the idea to produce a new live show that features the bass up front. I wanted it to be a project that would reach a wide audience and fit in the format of venues and festivals who’s music choice reaches across many genre’s. I suspect that at some point the show will form the basis of a new album but at this point, I’m focused on getting the show in front of as many people as possible.”

Craigs new live show synthesises many of the influences he has picked up on his travels and features a rhythm section of piano and drums. The material chosen for the show takes the audience on a musical journey to a number of destinations around the globe and incorporates aspects of local styles infused with jazz and other world music influences.

The show also features a multimedia aspect (including ambient sounds from each location) adding an extra visual dimension to the program. Having seen some excerpts from the show one of the things that struck me immediately was the manner in which Craig is able to hold down the bass function while at the same time taking care of the melodic aspects of the composition. With Craig’s instrument of choice being a six string bass it’s logical to conclude that the instruments extended range provides him with the resources required to achieve this. “I’ve been playing 6 string for many years and it opens up so many possibilities both melodic and harmonic. In the show, I am working with some samples and loops but these are limited to strings and percussion. All of the bass work is performed live and although there is a composed aspect to the material improvisation is the main focus” said Craig.

At the time of writing, Craig had locked in a number of performances and is expecting to bring the Bass Destinations to Europe either later in 2019 or 2020.

Bass Destinations is available for booking. For details and availability in Europe please contact the John Kreuger Agency. For the U.S.A. please contact  Craig directly here.