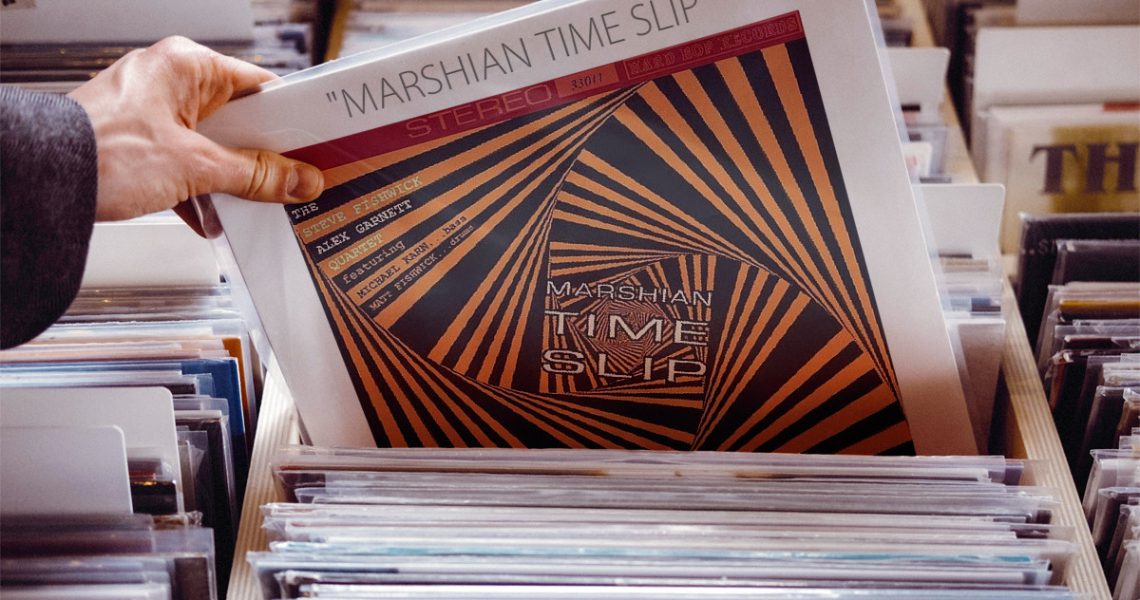 A Quartet’s formidable time slip! Out on Vinyl

Mancunians twin brothers Steve and Matt Fishwick are half of the Quartet in question with the other half being represented by Alex Garnett on alto sax and Michael Karn on bass. “Marshian Time Slip”, a beautiful chunky vinyl-only release with a limited run of 500 is issued by the boutique indie label Hard Bop Records. 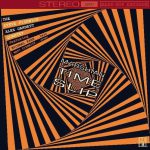 First things first: I love the retro-looking album cover, catchy with a fab back cover detailing all the tracks. To add to the great design as well as the idea of putting a little sub-text under each track, which I find brilliant. The way the album is presented visually makes sure the craft and writing of every single piece can be appreciated even more.

Then we come to the music: with 8 tracks in total, there is an even split between Steve Fishwick and Alex Garnett as composers and not just players.

I am in awe of their brilliance as writers for one simple reason: theirs is a special approach to this album, with tracks like “The Wrath of Karn” (Fishwick) and “Rio de Ron” (Garnett) to name just a couple, both musicians are at their best with fast flowing hard bop jazz, the type that strikes to the core and never lets go, it makes an indelible mark, a good one in our souls. Even when the tempo slows down like on “Primitis”, the feeling that ensues are those from the core years of the late ‘50s when jazz was imposingly great. “Marshian Time Slip” is, in fact, the perfect time capsule. Although the whole album is a great piece of work, my favourite tracks are “52nd Street Dream” (Garnett) and “The Creep” (Fishwick): slick, funny, compositionally perfect.

Recorded at the world-famous Konk Studios in North London and produced by both Alex Garnett and Steve Fishwick, the core idea of the album took a bit of time to come to fruition, having started about 15 years ago when the Fishwick twins and Garnett were neighbours and lived a stone’s throw away from the BBC Maida Vale Studios, but, it needs to be said, all the creativity and inspiration that’s gone into “Marshian Time Slip”, deserves to go far, high up into the wondrous stratosphere of jazz.  Listeners to the album might perhaps hear some nuances from Woody Shaw or indeed Art Farmer (some of Steve Fishwick’s influences), but the beauty of the music remains in the art of making a work that carries the writer’s own mark and that is what both Garnett and Fishwick have done.

Catch the Quartet live at their official album launch party on March 20th at the famous Kansas Smitty’s Bar in London!

“Marshian Time Slip” will be released by the boutique Indy label Hard Bop Records on vinyl only, with a limited run of 500.