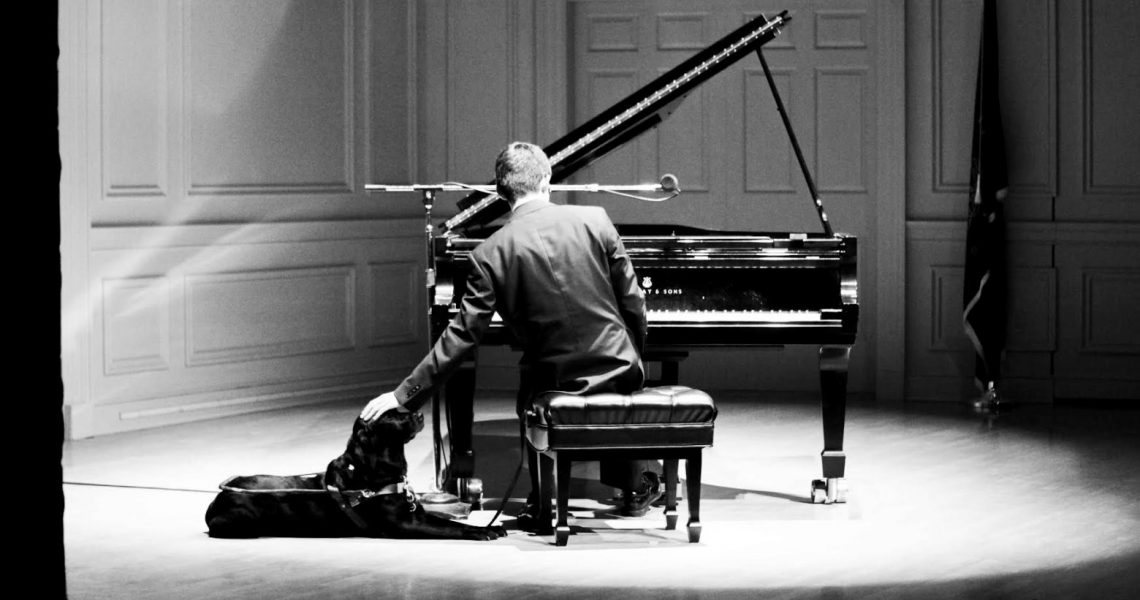 The blind American jazz pianist, Justin Kauflin, born 1986, established an extraordinary friendship with his mentor, the legendary swing jazz trumpeter, Clark Terry (1920-2015), who had been a standout in both Duke Ellington’s and Count Basie’s orchestras, since the beginning of his career in the 1940s and 1950s.

In regards to the recordings with Duke, Clark was an integral part of the band during the era of the Strayhorn and Ellington collaborations including the classics “Take the A Train,” and “Mood Indigo.” One of the best recordings of the Duke with only a single trumpeter in the band, playing as an octet on “The Cosmic Scene” (1958), spotlights Clark Terry at his peak. By the time Clark reached the age of 75, he shifted his energy to music education and he first met Kauflin on a teaching engagement in 2005, at the age of 85, when Kauflin was studying at William Paterson University in New Jersey.

Their mentor-mentee relationship began from this time playing in the Small Group, Clarks’ project with students, but as Clark was approaching his 90th birthday, and confined to his bed due to health complications from diabetes, Clark began to spend more time tutoring Kauflin to help him find his own musical voice; as Clark also began to lose his sight around this time, he was able to relate more closely to Kauflin, and Kauflin was able to relate more closely to Clark, for a reciprocal bond of friendship. 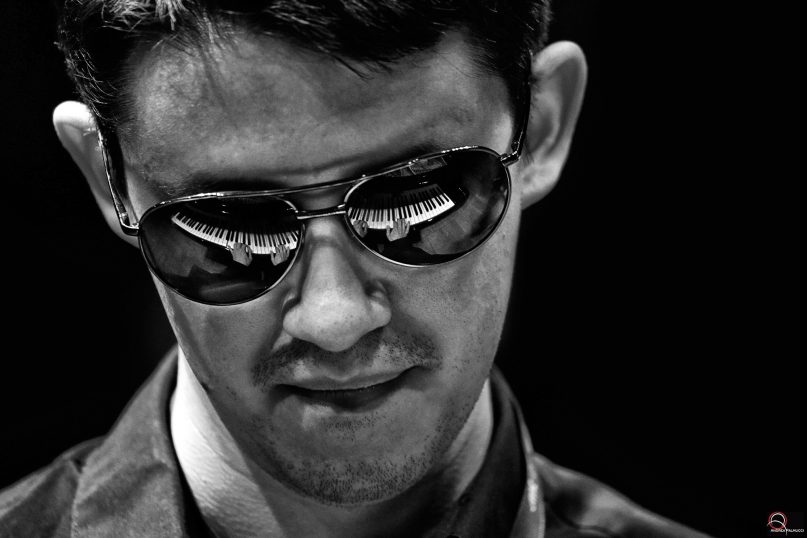 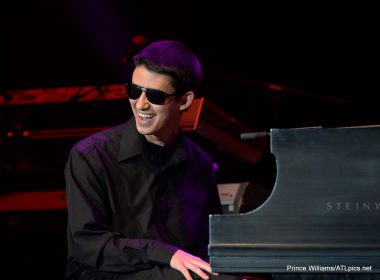 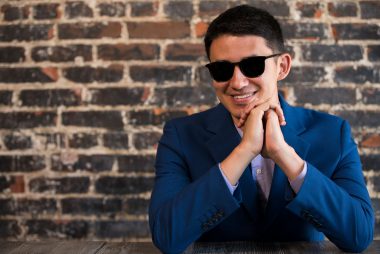 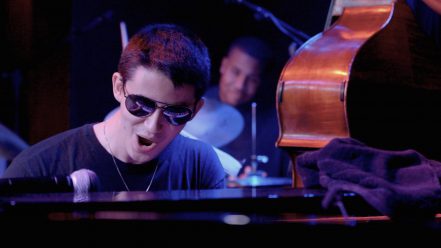 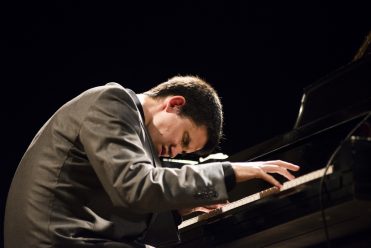 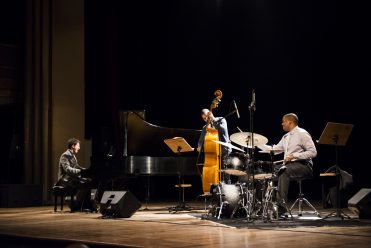 When Justin was in the Thelonious Monk International Jazz Competition in 2011, as a semi-finalist, Clark sent him a pair of his socks, and some encouraging advice. “Dear Justin, challenges are a part of life. As you know, your mind is a powerful asset. Use it for positive thoughts, and you’ll learn what I’ve learned. I believe in your talent, and I believe in you. Just remember that.”

This remarkable mentorship which led to a unique friendship of jazz musicians (becoming almost like a close father and son relationship) is told in the documentary film “Keep On Keepin On” by Alan Hicks (2014). Towards the end of the film, Justin meets Clark’s first protege, who later became one of Clark’s best friends too, the fellow musician, composer and producer Quincy Jones. Three months after hearing Kauflin play the piano in the living room of his long-time mentor Clark Terry, Quincy invited Kauflin to join his band for their 2013-2014 world tour, beginning with a concert at the Montreux Jazz Festival. On this night, for his European debut on stage, Kauflin’s solo composition “For Clark” was a triumph.

Kauflin is without a doubt a virtuoso, yet still struggling, and working hard on developing his own recognizable sound; he plays with a compelling and soulful passion, and definitely worth catching live. The Justin Kauflin Trio featuring Evan Gregor on bass and Jimmy McBride on drums will be touring Europe in March, and this tour would not be possible without the support of Quincy Jones Productions.