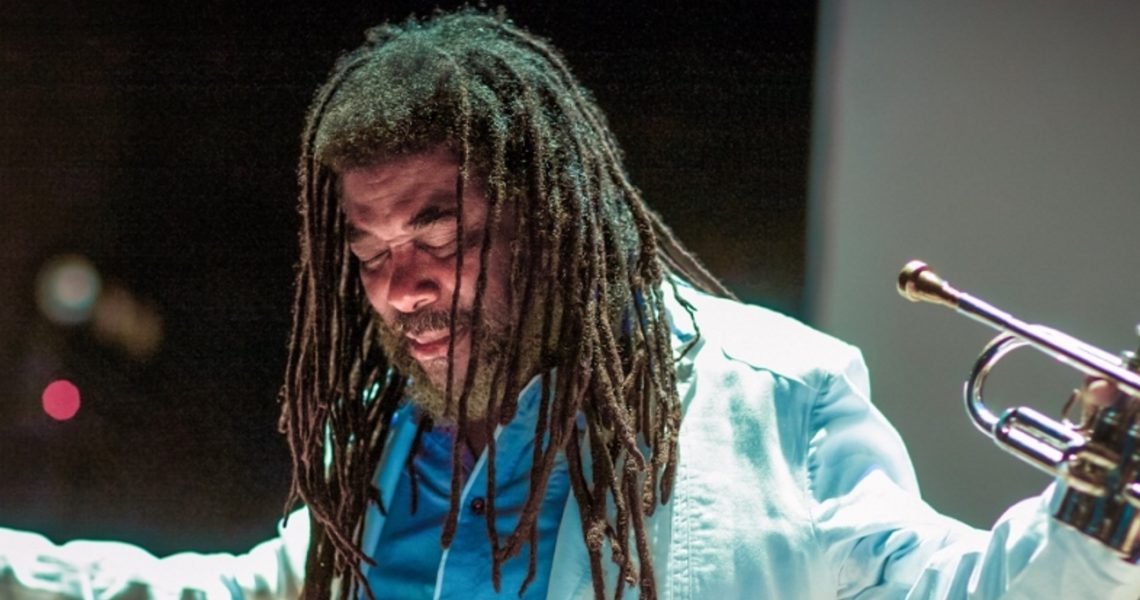 Visionary composer, trumpeter and multi-instrumentalist Wadada Leo Smith brings his multi-media presentation of America’s National Parks to The Appel Room for one night only on January 26, 2019. Prepare for a breath-taking epic, six-movement suite inspired by “the scenic splendor, historic legacy, and political controversies of the country’s public landscapes.”

Wadada Leo Smith was born in Leland, Mississippi in the heart of the fertile grounds of the blues. This planted the seed in Wadada’s musical foundation. He started playing in marching bands and high school concerts and by age 13 became involved in playing Delta Blues and other music traditions. “Watching the sun come up from the ground and go back into the ground because where I lived it was flatland, he says. “The flatland teaches man such beautiful things about rising and falling. The crops growing up and becoming productive and the crops depleting themselves and being chopped and thrown back into the ground.”

Wadada’s stepfather, Alex “Little Bill” Wallace, a composer and guitarist, and one of the pioneers of electric guitar in Delta Blues, gave Wadada his formal music education. In his university studies, he researched a variety of music cultures: African, Japanese, Indonesian, European and American.

America’s National Parks was released in 2016 and was voted Album of the Year by DownBeat magazine and Wadada won as Artist of the Year and Trumpeter of the Year. The epic suite was also listed in the top-ten albums of the year by the New York Times and NPR. Wadada was also honored by the Jazz Journalists Association as their 2017 Musician of the Year. 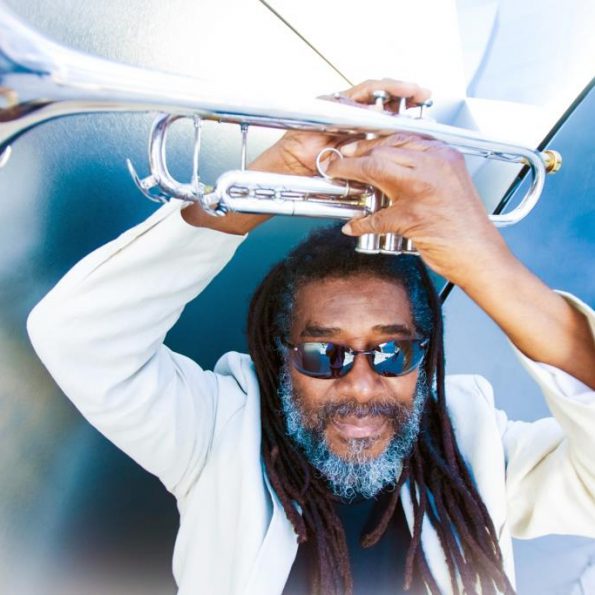 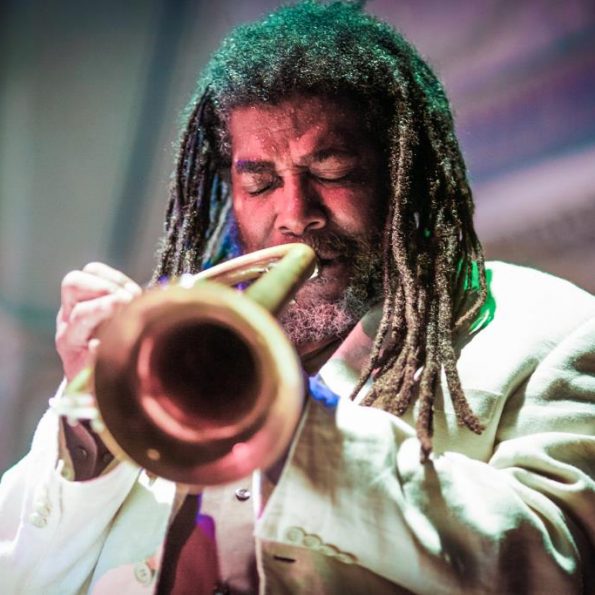 As with America’s National Parks, he explains, “I do quite a lot of reflection and meditation on these projects. In this instance, it was December 2015 when my video artist Jesse Gilbert sent me Ken Burns’ documentation on the national parks. About 15-minutes into watching it, I knew immediately what my next project was going to be. I grabbed my pen and started to write about the first national park…and that was Yellowstone. It was written completely without change and orchestrated completely without change. Ken Burns said that the national parks were cathedrals. My intention was to show something different, that they were common grounds held for the community of people on the planet…not just the Americans. They represented the past, those who have passed on to the hereafter, the present, and the future, those who are coming afterwards.”

For this evening’s performance, Wadada brings his quintet of Anthony Davis (piano), Ashley Walters (cello), John Lindberg (bass), Pheeroan akLaff (drums) and Jesse Gilbert (video artist). “I use a video component to bring the music and the people inside those images of the past and intermingle it with the present, together. My feeling is that the parks should be independent of Congress and organized around an independent source who has no political need to be reelected. So it’s a spiritual/psychological investigation mixed with the political dynamics.”

From his early days in the Mississippi Delta to the New York City view of The Appel Room, Wadada has had a long and rewarding journey, “I just know that I’ve been blessed. I don’t have to crawl and beg to get music out of the pen, it comes through me very fast. That’s because of the Will of God, not me. I’m 76-years-old and I play longer and stronger than when I played when I was 22. Anything that has happened to me in life, I see it all as being from grace, from the Almighty. 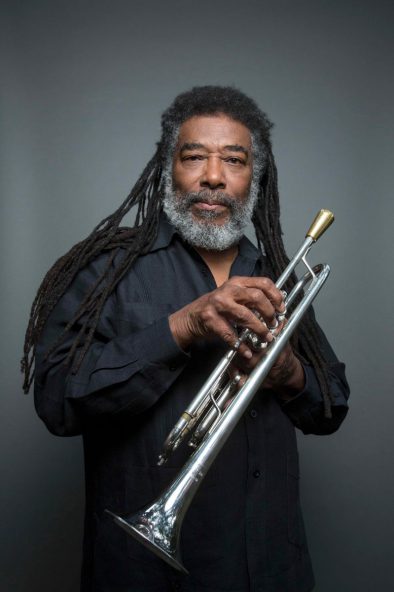 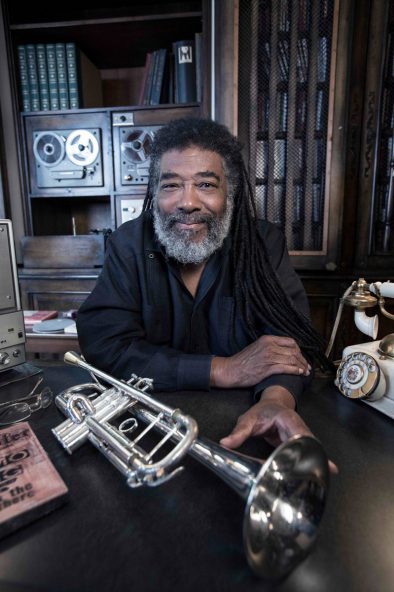 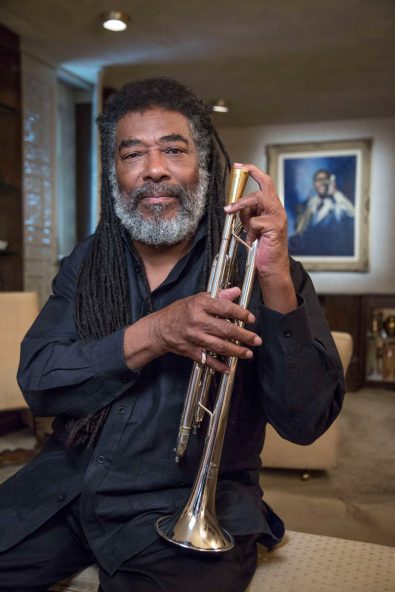 The Almighty has designed it and we keep trying to redesign it and it never works. It causes us more problems. We could actually accept what has been given to us and become better human beings. I follow the teachings that came through the prophet Mohammed. I follow the Almighty. Spirituality allows you to get information directly. People need to go directly from their heart to God. That’s what I believe and that’s what I follow.”

For this one-night-only multi-media spectacular journey, Wadada brings his spirituality to the stage. “Music goes from heart to heart. It knits all the hearts together in one space in oneself. Music causes a person to have reflection or meditation or even contemplation. Through God, human beings are made better. Music itself is the way this energy force flies. It’s not in the melody, it’s not in the harmony, it’s not in the rhythm, it’s not in the song, it’s in what goes along with the breath of life.” Wadada seems to speak in parables.

“I’m hoping that the people (at this performance) experience great music and that with that great music that they may be transformed and that transformation will allow them moments with themselves to figure out what the next step is, and how to take that next step.”