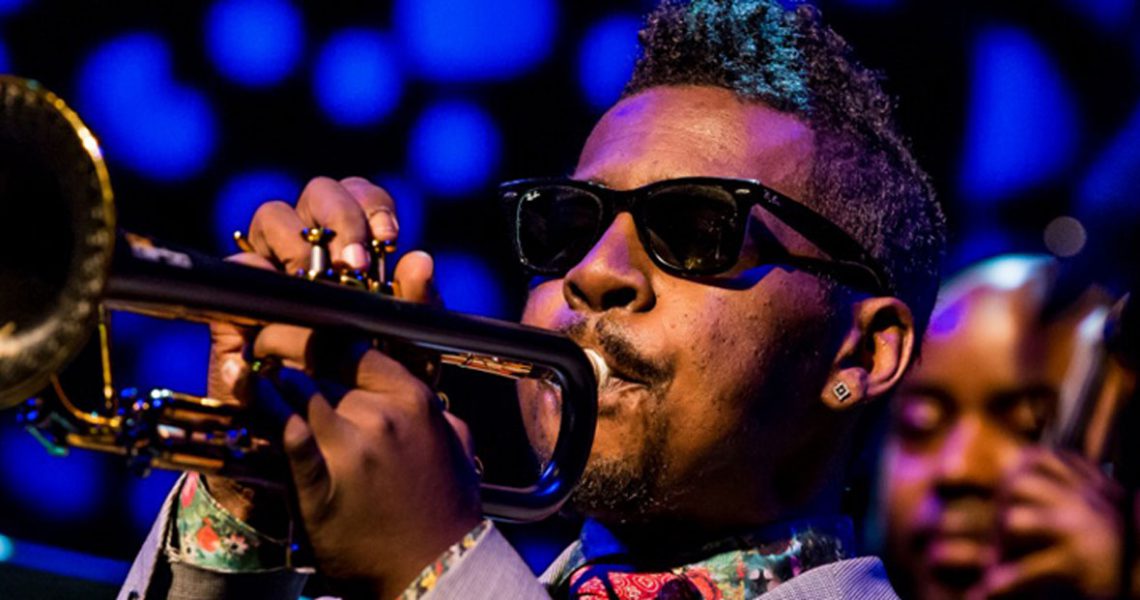 The sad news reached us last night of the passing of Roy Hargrove at age 49 due to hart failure. According to US media reports, Hargrove, who’d been on dialysis for many years, had been admitted to the hospital for “reasons related to kidney function” at the time of his death. He had been scheduled to perform in New Jersey Saturday night.

Roy Hargrove was one of the most iconic musical exponents of his generation rising to prominence in the early 1990’s after being discovered by Wynton Marsalis when he was still in high school. During his career Hargrove had recorded and performed both as a leader and sideman alongside many of the legends of jazz including Sonny Rollins, Herbie Hancock, Jackie McLean, Oscar Peterson, to mention a few.

His first solo album, “Diamond in the Rough,” appeared in 1990 on Novus, for whom he made eight albums in four years. His career really took off with the 10 albums he recorded for Verve starting in 1994, including several with the RH Factor, a funkier band he formed to meld different styles into jazz.

Hargrove won a pair of Grammys: Best Latin Jazz Album in 1998 for Habana and Best Jazz Instrumental Album in 2002 for Directions in Music: Live at Massey Hall, a collaboration with Herbie Hancock and Michael Brecker.

Although his output as a recording artist in his own right had come to a halt in the 2010’s, Hargrove continued to be a prolific live performer through the end of his life.

Nate Chinen wrote last night on the NPR website that Hargrove was “A briskly assertive soloist with a tone that could evoke either burnished steel or a soft, golden glow, Hargrove was a galvanizing presence in jazz over the last 30 years. Dapper and slight of build, he exuded a sly, sparkling charisma onstage, whether he was holding court at a late-night jam session or performing in the grandest concert hall. His capacity for combustion and bravura was equaled by his commitment to lyricism, especially when finessing a ballad on flugelhorn.”

I could not agree more with this. Roy’s passing is a loss for the jazz world and he will be deeply missed by jazz fans around the globe.