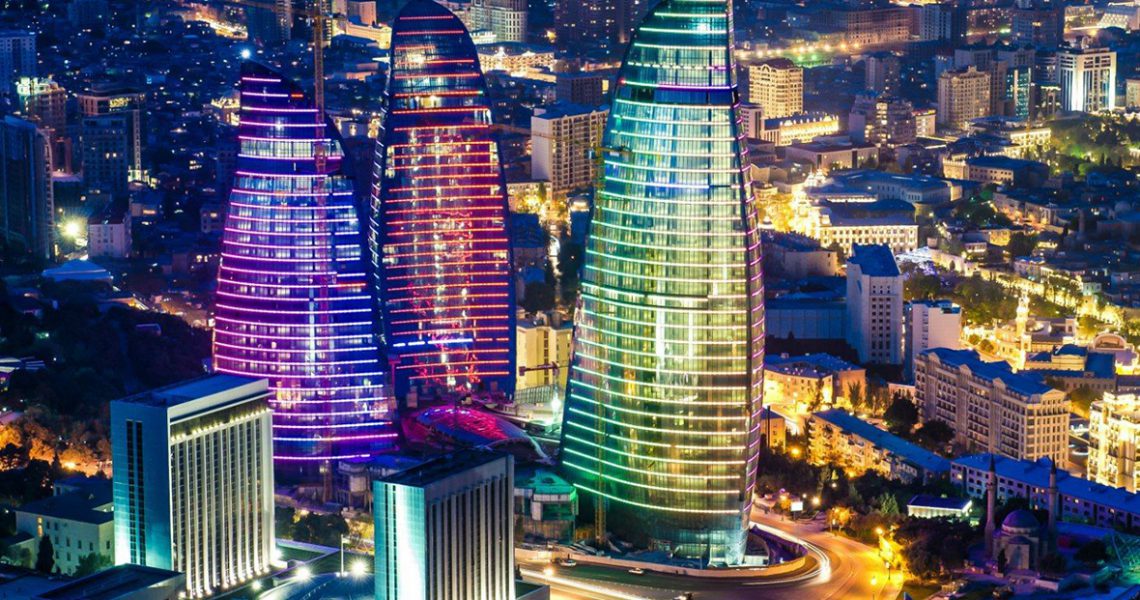 Kind of Baku – a jazz pilgrimage on Europe’s doorstep

Growing up, I often heard that Baku was the ‘Jazz Capital of the Soviet Union’. Over the years I came to realise what that really means as I gathered with jazz lovers of all ages and cultures at sacred venues like the Baku Jazz Club, where we would listen to the musical messages of extraordinary local and international talent.

While Europe may have the Montreaux, Gent, Oslo and the North Sea Jazz festivals, Azerbaijan hosts the eclectic Baku International Jazz Festival. This year’s programme saw Leonid Ptashka & Gasan Bagirov, the Uwe Steinmetz Trio, the Martin Salemi Trio and Ruben Hein Trio all take to the stage with art and film installations and a variety of workshops for all. Over the years, the festival has welcomed musicians from countries as diverse as Georgia, Portugal, Italy, Israel, the United States, Germany, Canada and Russia among others. A beacon for the jazz genre in the Caucuses – and right on Europe’s doorstep – the 18th edition of Baku’s festival recently finished its two-week run.

Jazz first appeared in Azerbaijan at the beginning of the 20th century, led by Vagif Mustafazadeh and Rafig Babayev. They had the vision of taking traditional Azerbaijani ‘Mugham’ folk music and blending it with the sounds emanating from the United States at the height of its so-called ‘Jazz Age’. Mugham is essentially the ‘folk ’ music of Azerbaijan, recognised by UNESCO is 2003 for its authenticity, richness and cultural significance as both a national and global culture. It is a highly complex art form and folk tradition that blends poetry and improvisation. Jazz mugham is a form of jazz that adopts the scales of mughams, contrasting to ‘ordinary’ jazz that is marked by a metered rhythm.

For much of the early Soviet era, jazz was prohibited and censured in the country. But the Soviets slowly began to liberalise forms of music and when Leonid Brezhnev – a lifelong jazz fan – became Soviet premier in 1964, jazz music started to flourish again. Azerbaijani musicians and composers quickly rediscovered the roots of their unique brand of this global genre of music. Baku became one of the three cities of the Soviet bloc best known for jazz, along with Saint Petersburg and Riga.

More recently, the opening of establishments like the Rotunda Jazz Club, the International Mugham Center of Azerbaijan and the Baku Jazz Club has reignited the scene in the country. Benefiting from places that they can call home; local musicians have refined and develop their style. In 2002, the Baku Jazz Centre was built to develop and nurture their talent.

The resurgence of Azerbaijani jazz has coincided with increasing international interest in jazz mugham in the West, particularly from the US and Japan. The famous American singer-songwriter Jeff Buckley performed the song “What Will You Say” with Azerbaijani Mugham singer Alim Qasimov at the 1995 Festival of Sacred Music Festival in France.

This partnership underscores Azerbaijan’s take on jazz as a unique blend of modern western music with the traditions and styles of Azerbaijani culture and tradition. “As a musical art form, it is a union of two great cultures where East meets West, and a great example of intercultural dialogue,” says Tale Heydarov, an Azerbaijani businessman who has supported a variety of cultural projects in the country, including one of my most recent albums.

Tale has spent more than a decade promoting inter-cultural dialogue between Europe and Azerbaijan, following his years studying in London. “Music is a natural ambassador which speaks a universal language that helps cultures understand one another”, he added.

The Baku International Jazz Festival is supported by several European governments including Norway, Belgium, France, Sweden and Germany. Support also comes from several cultural foundations including the Goethe Institute and the Institut Français. As someone who has worked for over a decade in promoting cultural understanding and awareness between Europe and Azerbaijan, Tale Heydarov believes this kind of cooperation is vital for strengthening the bonds between Europe and the Caucasus.

I was born and raised in Baku, a city with a vibrant contemporary urban culture. I could not think of a better place for jazz fans to come and further explore the genre and push the boundaries of their knowledge. The festival and jazz supporters including Tale Heydarov, Nuri Ahmedov and Rauf Aliyev ensure Azerbaijan lives up to its reputation as a global hub for music.

For those considering where to enjoy their jazz next year, Azerbaijan, which will celebrate the 50th anniversary of its first ever festival of jazz, makes a compelling choice. It also boasts the fascinating history of cities like Gabala, jaw-dropping natural landscapes. Gabala also hosts an International Music Festival, which saw its 10th edition this year. Organised by the Heydar Aliyev Foundation, it receives the support of the Ministry of Culture and Gilan Holding, a successful Azerbaijani company that has been investing in the country’s large-scale infrastructure projects since 1987.

If you have jazz within yourself, you can certainly find it in Azerbaijan.

Isfar Sarabski is an Azerbaijani pianist and composer, and winner of the Solo Piano Competition of the Montreux Jazz Festival in 2009. His new album Cycle with Rain Sultanov is available now on Ozella Music.