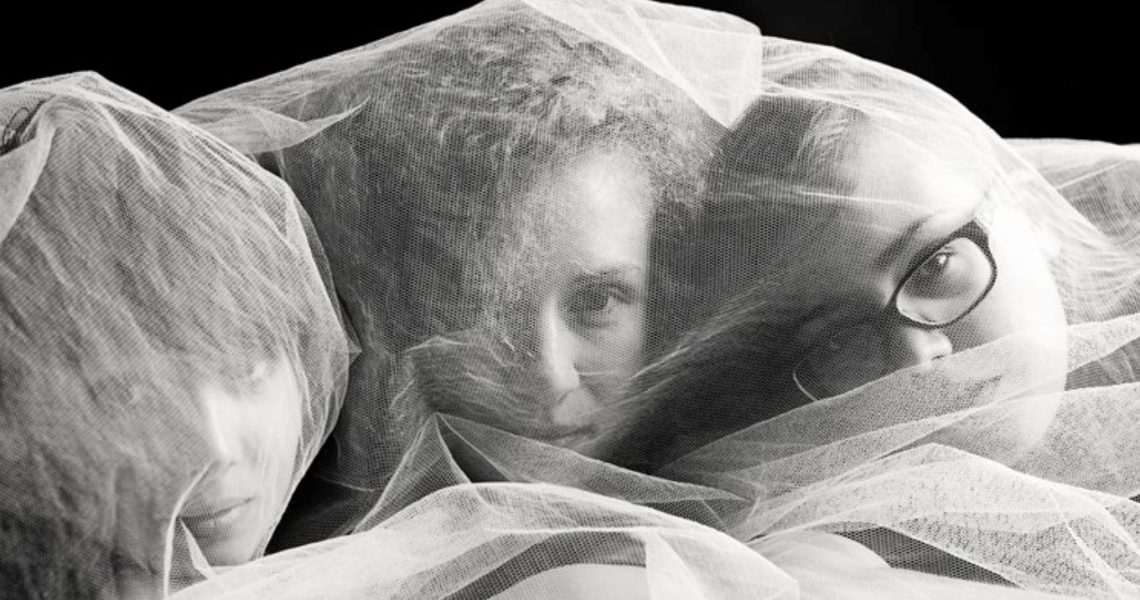 J Frisco is an Avant-Garde, Free jazz, all female collective of musicians that have just released their first album ‘Naked’. They create, what they define as ‘improvised genre-fluid soundscapes and noise drawn from emotion, political, and gender issues’. I’ll be honest, I am a huge fan of these young women and I have been following them closely over the past year (possibly borderline stalking). While many of us complain about the pressures of social media and the necessity for promotion, J Frisco completely gets it. Their social media presence is exciting and completely engaging and I am hooked. It helps me understand who they are, what they stand for, their pain and joy – and in this current time, it is not only refreshing but essential. Who can ignore a tweet like this:

‘I didn’t wear a bra all day, ate peanut butter from a jar and spent hours transcribing Dexter Gordon’

At a time when the media is full of horror stories about young women getting butt implants, pouting selfies and the continual pressure on how you are ‘supposed to look’, my faith in humanity is restored when I see young women not only comfortable in who they are, but proud to be real and genuine – and help other people feel the same. We do not see enough of this. This is one of the many wonders of Jazz, where I believe as a genre, it is, or certainly should be, about what is real. But we still, sadly, face the image problem at times and the ‘which box to you fit in’ discussions. Only the other day, I read a post by a female Jazz vocalist who was turned down by a venue because the promoter said the audience would ‘not like her appearance’. J Frisco is real, and genuine – and all the more beautiful for it. Their confidence, honesty and love of what they do is infectious. Inspiring and quite brilliant.

They are everything I would like today’s Jazz women to be and it truly excites me to see the work they do. They have achieved an incredible amount in such a short amount of time and they are true role models to the young generation of Jazz artists. They allow us to see everything. Their videos on Instagram and Facebook are simply brilliant. We see them warming up before a performance, interpretive dance to inspire rehearsals and writing, being shattered on a bus after a long day, moved to tears from performances and speaking to people, dancing to 80s pop in their bedrooms…..I could go on. It’s so engaging and gives us a huge insight into their music. Real musicians in a real world doing their thing and we understand their music all the better for seeing into their day to day lives.

So who are J Frisco?

‘we thrive on challenging both our own and our audience’s perceptions of time, space and sound’

J Frisco won the Jazz North Introduces Artist award last year and has not looked back since. Performances include a headline show at Vortex Jazz Club, Sofar Sounds, The Cockpit: Jazz in the Round and many UK jazz festivals including Gateshead International Jazz Festival, Lancaster Jazz Festival, Manchester Jazz Festival and they have supported acts including Courtney Pine, Portico Quartet, Laura Jurd, Roller Trio, Matthew Bourne, and Elliott Galvin.

J Frisco are Megan Roe (guitar), Jemma Freese (Keys) and Lara Jones (sax) and they all met at Leeds College of Music and graduated together in 2017. Each has their own individual careers and projects as well as J Frisco and a significant amount of passion, dedication, talent and humanity is brought to the table. Their belief and commitment to improving society is significant and goes beyond most. 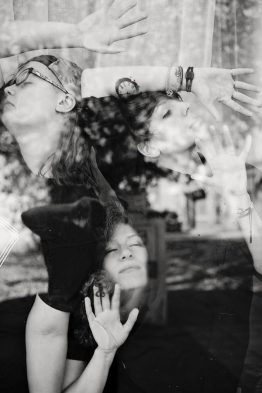 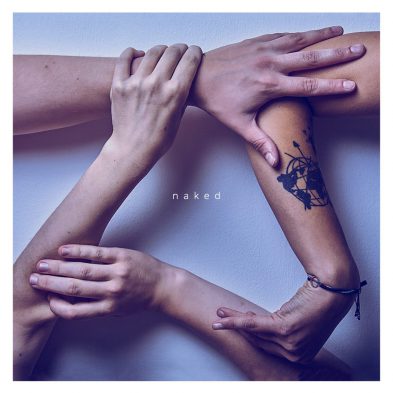 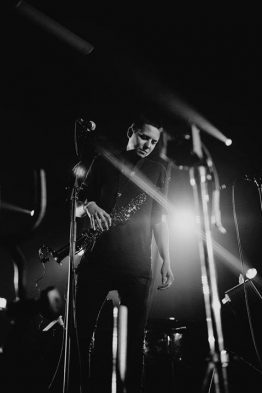 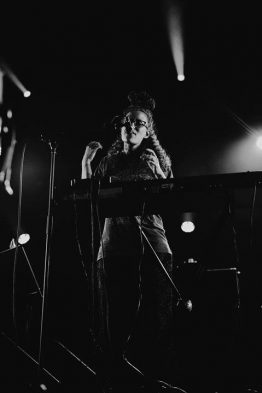 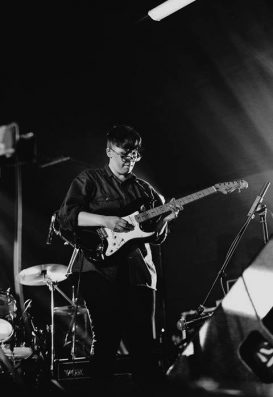 ‘Music is religious in every sense – in sound, in the process, in thought, in practice, inexperience,  faith, dedication and commitment’

JF: We kind of originally formed out of frustration as there were so many men in the industry and we had all had our own experiences of this. When we first played together, there was a feeling in the room that we had just never felt before. There is something about being women, creating together that was a different experience – and a really nice one! We all felt listened to and the music was emotive. We would talk about how we were feeling and then basically play those emotions. So we created this whole character actually, called John Frisco. The idea was that we weren’t ever going to reveal ourselves and we would do these gigs and people would think they had booked a man, but then we would rock up. That kind of worked for a while but then we realized that John Frisco was a kind of mask and that actually it was ok for us to be women on stage playing this really weird experimental music. Ha! So we dropped the John and just changed it to J.

The album was recorded in 2017 and I think our sound has developed since then. At the time, if we are totally honest, none of us were really ok and were all dealing with lots of pressures and we were all feeling quite sad and frustrated. The album reflects that. We took all of these things we were feeling and translated it into music. We were kind of saying that it’s ok – allowing those feelings – it’s Avant-Garde Jazz, experimental, electronic….

Everyone has been talking about how exciting the UK Jazz scene is at the moment and J Frisco is right in there, as part of it.

JF: Yes, we can feel a difference. We have been involved in the Jazz scene for a few years now and I can feel a difference, but I don’t know if that is because we have become more invested in it because of our work, I’m not sure. I guess it’s because we are not afraid to change Jazz. There’s a lot of artists doing things differently and people are definitely drawing on all these different styles and as a result, it’s growing and tapping into audiences that wouldn’t have experienced Jazz before. I think we are living in a really exciting time – and I hope we can be part of that for a long time.

We discussed the role of women in Jazz into today’s society and social responsibility.

JF: It’s so important to us. We want to encourage young women and say, look you can do this. You can make noise, move around and do whatever feels right to you and we are working with schools and getting in there and just being our weird selves and saying that’s ok. No matter what your background, who you are, how you identify – everybody can do it. We are advocates for the LGBT society – we are three women that don’t necessarily take on the female stereotypes in the way we look and dress, talk and play – in every way really. It’s important to us that people know this is ok. It’s also important that if you are out there and you are releasing stuff, you have to tap into the fact that you do have a responsibility to the younger generation – well, all generations I suppose.

Their achievements to date are significant and truly are inspiring to us all. Megan was one of Help Musicians UK Jazz promoter fellows for 2017/18 and created and runs an amazing organization called ‘Girls That Gig’ which supports and promotes female musicians – in all genres. She also created and developed Insomniac Club, along with Elliot Musgrove and fellow J Frisco member Lara. This is an organization dedicated to creating and developing ways to help and promote mental health. Much needed. Jemma has just won the Manchester Hot House award and is involved in many groups including her own trio – The Jemma Freese Trio. Lara is involved in many projects including Brighter Sounds, which is a creative Music charity that supports music making and creativity through workshops and a diverse range of projects and Focus 4 Hope, an organization who support elderly and isolated/lonely individuals, local homeless and also the refugee crisis. These are just a few examples of the work they do.

I don’t think these women truly understand the significance of the amazing work they have achieved so far. At the ages of 22, 23 and 24 it is incredible. I cannot wait to see what they will achieve over the next few years and beyond. They are exactly what the world needs right now – the perfect mixture of crazy, talent, love, humanity and Jazz.