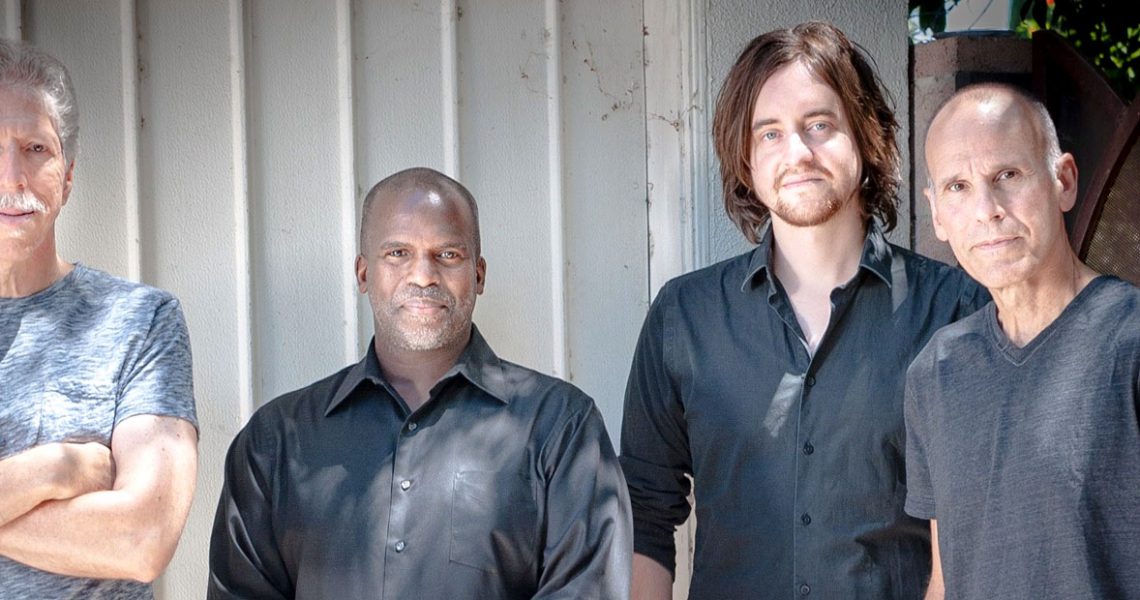 The Yellowjackets, An Interview with Russell Ferrante.

No one could deny that the Yellowjackets have been a creative force in the jazz world since their formation in 1981. Earlier this month the band released there latest album “Raising Our Voice”, their fourth album on Mack Avenue Records, and embarked on an extensive European tour. The band’s current line-up includes, pianist, keyboardist and co-founder Russell Ferrante, bassist Dane Alderson, drummer Will Kennedy, who joined the band in 1987 and then in 2000 took a 10-year hiatus before returning to the drum chair and of course Bob Mintzer who has held the Sax chair since 1991.

For their new album, the band invited vocalist Luciana Souza to collaborate with the group for seven of the thirteen tracks. For those not familiar with Luciana Souza she is a native of São Paulo, Brazil and the daughter of poet Tereza Souza and musician Walter Santos. Souza won a Grammy Award in 2007 as a featured vocalist on Herbie Hancock’s album River. The Joni Letters and her Brazilian Duos recordings have received nominations for Best Jazz Vocal Album in 2003 and 2006 and in 2013 Duos III was nominated for Best Latin Jazz Album. In addition, Souza was named Female Singer of the Year in 2005 and 2013 by the Jazz Journalists Association.

Recently I had the pleasure of speaking with the group’s co-founder Russell Ferrante to talk about the new album, the European tour and a great deal more.

We started out speaking about the new album and the choice to add Luciana as a guest artist. During the band’s long career there have been a number of albums that have include guest vocalists. In the early 1990’s Michael Franks and Take Six both contributed a song to the “Live Wire” album and Bobby McFerrin guested on the 1995 album “Dreamland”. While these albums only featured one or two vocal tracks on what were largely instrumental recordings Russell stated “The recording that most utilizes vocals was the “Club Nocturne” album that featured four or five different singers including Kurt Elling, Brenda Russell, Gino Vannelli and Jonathan Butler. That said it’s been a long while since we’ve done anything vocals.”  We went on to discuss how the collaboration with Luciana came about “We knew for this recording we wanted to have a collaboration and as it goes, we through a few ideas into the pot, discussed it and decided to ask Luciana. Luciana is a vocalist we’ve known of for some time, in fact, I worked with her husband some years back with Joni Mitchell, we’re all big fans. As it turns out, she was free at the time we wanted to record and was also eager to work with us as well.”

Russell went on to say that they had not worked directly together before and really only knew each other through their work on the scene. “It’s really an unknown in these situations, is it going to gel? I went to her house one afternoon and took some music that we were working on and some older Yellowjackets material that we thought we could re-work for vocals. Luciana also played us some idea’s and, you know, it all came together pretty quickly. So when we went into the studio we were prepared for anything and as it was things immediately just fell into place.”

Having heard the album, this is certainly the case and you can hear that the result of the collaboration has delivered something far more “out of the box” than a “Yellowjackets does Latin” type of album. Souza add’s wordless vocals to a number of tracks as well as songs sung both in English and Portuguese. The album is a true melting pot of styles. Russell recalls “As we got into it, we realized what a complete musician she is, she can really sing anything. We started using her voice more as an instrument, her voice is so flexible and she’s just the consummate musician and this allowed us to move in so many directions.”

The Yellowjackets as I mentioned above have been a fixture on the jazz scene now for many decades. Although the band made it’s official debut in 1981 the genesis of the band was earlier in 1977 when Robin Ford assembled as the band for his first solo album. Robin Ford left the band in the mid-1980’s to be replaced by sax player Marc Russo and toward the late 1980’s William Kennedy replaced Ricky Lawson on drums. Marc Russo remained until the early 1990 and was eventually replaced by Bob Mintzer. For the next twenty years, the line-up was stable with Russell Ferrante, Jimmy Haslip and Bob Mintzer forming the main core of the band. William Kennedy took a 10-year break from the band in 2000 and returned to the drum chair in 2010.

I asked Russell about the challenges of keeping a band like the Yellowjackets together. Russell agreed that it’s a challenge, “Bob Mintzer has so much going on with the Big Band and his writing and arranging, however, he’s always valued being in the band and has bent over backwards to work with the Yellowjackets schedule. Jimmy also started getting really busy with producing and other projects he’d been asked to take part in and I think around the time he left the band he wanted to be able to avail himself of those opportunities.

But to answer the question more globally I think that the thing that has kept us together is first the love of the music but also a deep respect for each other and the fact that we’ve always had great support from record companies and those on the business side of it. I think also one thing that’s often overlooked is the fact that we have very supportive spouses. Everyone who’s been in the band has had the mindset of being a team player, you know, there really is no leader it’s a true collective.”

We were just about to move on to the next subject when Russel added, “You know longevity can be both a blessing and a curse. The blessing is the connection you make with the other musicians, the playing, the songwriting that can really develop to a deep level. The curse is that everyone is looking for something new, I remember when we turned in one of our albums the recorded company said – well there they go again, just doing another Yellowjackets record. You know, there’s some merit to that, you’ve got to keep it moving and growing and that’s the real challenge.”

We moved on to speaking about the coming tour. I was interested to know if Luciana will be joining the band for the tour. Russell said that the tour will be in two etappes and the Luciana will be on the first set of dates in October. “We’re looking forward to this, it will be the first time we’ve played together live.” The tour will include a mix of venues ranging from clubs to theatres and festivals. Russell added “We always enjoy playing in Europe and we love playing clubs but each venue has it’s own vibe, in fact, we’ve just returned from Italy where we did a tour and all the concerts were outdoors, We started in the North near Bologna and worked out way down to Bari in the South, Italy is just amazing in the summer.”

At this point, our conversation headed off on a number of tangents talking about the state of the industry and US Politics. After we had solved the world’s problems I asked Russell, apart from the tour what’s next for the Yellowjackets. “Well, that’s an interesting one. It’s usually when we’re on tour that we brainstorm what’s next, so who knows! – Is something that’s going to emerge as of where together. One thing that is concrete that we’ve been discussing and that is a project with the WDR Big Band in Germany, this will be interesting as we’ve not done a Big Band recording as yet with the Yellowjackets. Other than that, who knows, I do know that as we play and talk there will be other idea’s, one thing for sure is that we want to keep moving forward and we’re all committed to continuing on. As I said before, we want to keep making new discoveries and incorporating these into our music. So, Well just continue doing that – For sure.”

At this point, I thanked Russell for taking the time to speak with me. It was a true pleasure speaking with Russell and as a longtime fan of the Yellowjackets, it’s great to hear there are new things on the horizon no matter what they may turn out to be. To coin a phrase “There’s plenty of life in the old dog yet”.

You can find out the full tour schedule at the Yellowjackets website here.

The new album “Raising Our Voice” is available at Amazon, iTunes, Spotify and direct from the Mack Avenue Website.