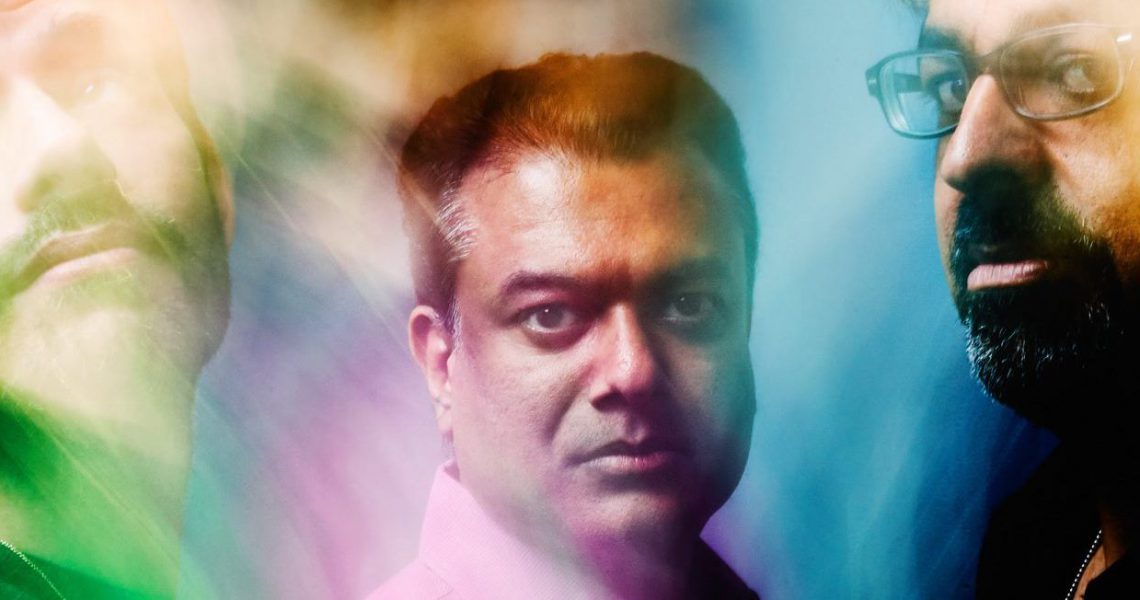 In the mid 60s through the mid 1970s, Western jazz and rock musicians equally seemed to be rushing headfirst to the East, to India for musical inspiration and spiritual enlightenment. In jazz, this included British guitarist John McLaughlin’s Mahavishnu Orchestra, Miles Davis in his electric-period with tabla player Badal Roy, and the circle who had been playing with John Coltrane, including his widow, Alice Coltrane, Rashied Ali, Vishnu Wood, etc. all in New York.

Cut to our times and India-Pakistan has again become a source of jazz’s most engaging developments; however, this time it isn’t Western musicians rushing East. Instead, the musicians are a new breed of first generation Americans of South Asian descent, and among the best includes saxophonist Rudresh Mahanthappa, and guitarist Rez Abbasi (both based in New York). Their trio, Indo-Pak Coalition, includes Dan Weiss, on drums, table, percussion and rhythm scat. 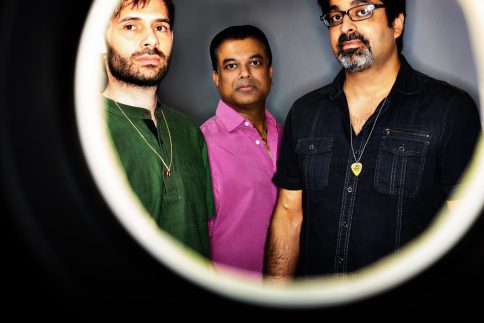 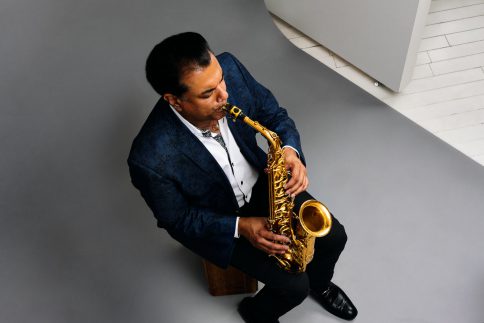 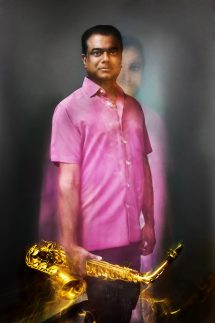 Mahanthappa, born 1971 in Trieste, Italy, but raised in Denver, Colorado, along with Abassi (born 1965 in Pakistan but raised in Los Angeles) initially released two highly-acclaimed recordings, including Kinsmen, (Pi Records, 2008) with an elder, blazing saxophonist, Kadri Gopalnath, who is a master of South Indian Carnatic music, and this one has drawn exceptional praise, for breaking ground in a new generation’s deeper merger of Indian music and jazz.

Abbasi also has led his own groups for self-released and acclaimed recordings including Snake Charmer (2005) and Bazaar (2006), which both included contributions by Dan Weiss. His 2009 recording “Things to Come” featured both Weiss and Mahanthappa, but in a larger group effort.

Since that point the three have collaborated with constant fluidity, but overall with an earnest and overlapping accumulative effect of bringing down barriers between jazz and Indian music and extending the possibilities in merging the two distinct styles of music into something new, like two major rivers, distinct and historical, merging equally into a glorious and fresh waterfall.

This generation of Indian-Pakistan or “Indo-Pak” jazz goes further than past efforts of American jazz meets India; and this is because the experimentation has gone further, creating a new and sublime complexity of sound due to their collaboration over the years, which keeps evolving with each recording. It is a fiery jazz with Indian-Pakistani influences and a modern touch.