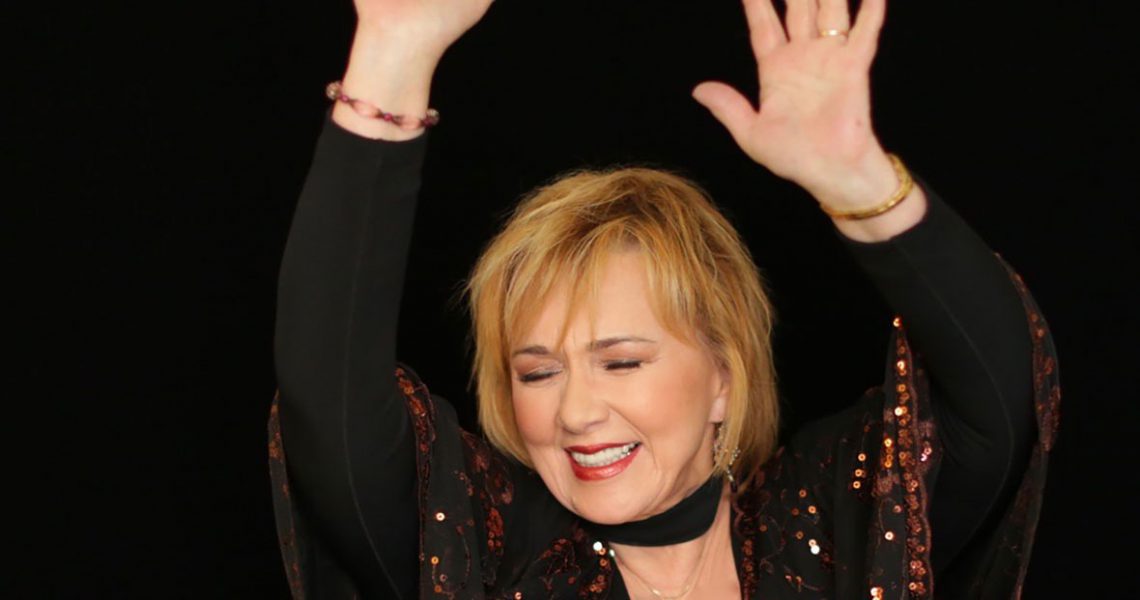 Roseanna Vitro: Telling the truth with the best barbecue sauce

Grammy nominated vocalist, educator, columnist and musical activist Roseanna Vitro has just released her 14th album ‘Tell Me the Truth’. She has interviewed Al Jarreau, Jon Hendricks and Catherine Russell, to name a few and sung with Oscar Peterson. Her new album is firmly rooted in the heart and soul of the Southern musical traditions, flavoured with a little bit of everything you need and Roseanna’s passion shines through every track. I had the most wonderful time talking to her about her life and experiences. An incredible woman whose passion, excitement and love of her work is beyond infectious. It is an honour to include her in my Women in Jazz series.

Having previously released albums with the material of Randy Newman, Ray Charles, Clare Fischer and more, this new album features wonderful arrangements of music from Mavis Staples, Jon Hendricks, and Boz Scaggs, to name a few and the press kit for the new album states that Roseanna chose ‘Southern composers that definitely have barbecue sauce all over their music’ Roseanna references barbecue sauce quite often when talking about her music and musicians. I love this and I was trying to define the meaning behind this. I spent some time researching barbecue sauce and it is known as a somewhat ‘ubiquitous condiment’ and in fact, ubiquitous is the perfect word to describe Roseanna and her music. Her music speaks of the world, her experiences, her joy, her frustrations and we can all relate to these messages. Her energy and passion is captivating.

‘I was from the sort of the hippy generation, the end of the Vietnam war and those concerns and all the political issues and protests of equality were so predominant in my youth – and women’s rights, especially. It was amazing to me that the new album brought back so many of those concerns and what we are going through now and how the cycles of history are so important. So, as I was choosing the material I really went back to the whole Mavis Staples ‘Respect Yourself’ and I was really singing that for young women, older women – all women – and people who deserve respect. I wanted this message to be as relatable to as many people’s ears that could hear the words that were spoken in the late sixties and earlier seventies – as relative as they are today’

The title track from the album “Tell Me The Truth’ is accompanied by a striking video, with images including Donald Trump, fake news stories, protests, Dr Martin Luther King, interspersed with live performance footage. This is not your average Jazz video. More and more artists I speak to lately, despite the initial purpose of the conversation being music, modulate into a conversation about the problems in the world and social responsibility. Roseanna is making a very clear statement with her video. She wants her audience to remember their moral centre and not be afraid to stand up. She is not alone in this.

‘It’s quite thought provoking and political, in many different ways, which I realise is very dangerous………. I think danger can be described in different camps in different ways. For some, danger means making sure you are not following form, that it’s all fresh and creative and just kind off the top of your head and that everyone should understand that this is true creativity. But you know that comes in many forms. In Jazz, you know, if I’m not scat singing on every song or if I’m not doing classic Duke Ellington, then is this Jazz or not? On this record, I just let it fly man! But its very dangerous time right now. People don’t want to say anything that’s controversial. We can look at different artists who have the courage to speak up, say anything political – and you can really be punished. I decided with the lyrics on Respect Yourself, that I would love to have an African American, a killing singer I know, that can actually say ‘take the sheet off your face boy, it’s a brand new day’ Because you know, I just cannot be supportive of not treating everyone equally. We are having one of the most evil times in the United States right now and this time will be remembered. Equality for women, equality for all people, all races, compassion with intellect…..we can’t lose our integrity and our morals…..this ugly discourse….trying to work with other countries by tweets – it’s absurd. I’m just someone who is plugged in. I care and I do plan to stand up for what’s right and not forcing anyone to believe anything except the truth’

‘Truth is truth and don’t tell me any different’

Roseanna’s work as a musical activist is also demonstrated through her immense love and passion for sharing her experiences with young singers through her educational work. Her excitement and dedication to this are impossible to ignore.

‘Since I have become a teacher, I love teaching the history of the music and going back and showing singers, what was so great about Louis Armstrong for example. When you really get into it and listen to his phrasing and his personality….it’s wonderful.

I’m friends with singers all around the world and I’ve worked with opera singers, theatre singers and jazz singers and I can talk singing 24 hours a day. I created a Facebook group where singers would get together and discuss books, techniques etc. and especially singers who were wanting to improvise and who found it mind boggling to leave the structure that had been taught all their lives to follow. So, it is all sorts of help – voice doctors, voice tips, mind and heart attitude- so we discuss all manner of things. These days, what you are trying to enlighten younger singers with, and my goal, is that we learn about our voices, we educate ourselves to be better musicians so that any genre that you want to go into – you follow your heart, so you can give your message with what is important to you. You know, I want to hear who they are’

Roseanna had so many amazing experiences to share with me and it was just so thrilling to hear her stories. It’s difficult to relay her enthusiasm and energy through text but it was clear that ever since she realized she wanted to sing, she has been on a dedicated, exciting and truthful journey. We talked about her time singing with Oscar Peterson and how incredible it was for a young singer to have that immense opportunity. I love this story.

‘We got a gig in a place called the Green Room, and it was a beautiful room where the club owner supported our music – and we worked 5 nights a week and we made $25 dollars each – and at that gig, for me, I had a huge following and this was in Houston, near La Bastille, the big Jazz club in town and Joe’s Hall was where Oscar Peterson and Ella Fitzgerald came to play. And I think I was just so happy and fearless and just loved Jazz and my new understanding and being embraced by the community. I went to the concert and met Ella and I was just freaked out! I was like 22 or 23 and just dying! It was the greatest moment of my life. I managed to finagle my way backstage and Oscar Peterson was sitting in his dressing room. I saw him and he caught my eye as I worked by the door and he said, ‘where are you going young lady’ and I said I’m looking for Ella Fitzgerald. He asked me if I liked Jazz…..and popped in and I started talking to him. He was so so nice. I said to him, listen I’m a Jazz singer and I’m singing in a club called the Green Room just down the street and we have steaks, a great grand piano and if you come to my gig after your concert, I could give you one or two free steaks – and if you wanted to sit in on the piano you would just be so welcomed. He looked at me and he smiled really big and said, ‘that’s very nice of you, thank you so much’.

So, I went to my gig and as I was there singing ‘Love you madly’ (Roseanna sang this bit during the interview) and Oscar Peterson just comes in and everyone is dying! He sits on the front row and at the end of Love You Madly, he says ‘Roseanna, would you mind singing that again and let me play?’ I’m like, I’m going to die, I can’t even breathe!! And he gets up and starts to play with me. After that he said we should do a pretty ballad, It Never Entered My Mind. He asked me what key it was in – B- and he asked me if I minded if he modulated to Bb for his solo. I said, of course, play it in any key you want! He was so fabulous and wonderful and gracious – and he did get a steak.

Roseanna makes you feel alive and excited. Her new album forces you to ask questions and consider your role in today’s society. She does this – along with her stunning Southern Roots band – with grace, groove, and a whole lot of southern sass.