Eric Bibb and the truth of the song

Eric Bibb is a multi Grammy nominated American Blues singer-songwriter, whose passion and drive for change informs and develops his music. Son of Leon Bibb, the activist and singer (who marched at Selma with Dr Martin Luther King) and Godson of Paul Robeson, Eric’s life has been surrounded by the need and desire to not only want the world to be a better place, but to do something about it, with music being his chosen tool. Once again, I have been honoured to speak to a truly inspirational artist.

Born in 1951, Eric Bibb was literally born into a hugely significant point in the civil rights movement and his Father, Leon Bibb, played a huge part in this. Harry Belafonte said of Leon Bibb:

‘Between him and Mahalia Jackson, we had all the music we needed for the movement’

I can’t even begin to imagine growing up around such inspirational people during such a pivotal time in history. We discussed the impact and influence his upbringing had on shaping his artistry and his tribute album of Paul Robeson music ‘Praising Peace’ that he recorded with his father.

EB: It has had a tremendous impact on my evolution as an artist. My Father – and I was thinking only recently about how much he actually gave me, by passing on his world to me and introducing me to his world. His love and passion for music – this was in my daily life because it was part of my Dads intense focus. Music had to reflect what was going on in the real world, not just entertainment and my Godfather, Paul Robeson, came with the commitment to melding, forging ahead with a kind of message of how we can unify and get together as human beings and make a better world. The album ‘Praising Peace’ was actually inspired by a fan who came up to me at a gig and said that I should do a tribute album to my Godfather and that I should do it with my Dad. I was like, of course! So, I immediately contacted my Dad and we were able to accomplish that and I am so happy that we did. I really would have felt bad if we hadn’t. We also recorded another album together ‘A Family Affair’ but that is slightly harder to come by, although you mentioned streaming – and I have a double feeling about streaming and I realise it has a positive impact but, you know, not getting paid is not positive.

We talked about how there was a recent article about Jazz being brought to a younger audience purely because of streaming, which is positive but how the music industry also brings some negativity.

EB: This is just adding to the legacy of exploitation of musicians, particularly – I’ll go there – black musicians, who are at the foundation of popular music that is being streamed. It just strikes me as odd, you know, here we go again, it’s really not good. The music industry, in one moment, shares a wonderful, wonderful, beautiful thing, called music but on the other hand, it is so exploitative of the people who create it and make it. So, this is nothing new, but hopefully, like everything else, we are moving forward and it will be more equitable in the future,  but it means being awake to these issues and really talking about them and not just accepting. We have to keep the debate going. 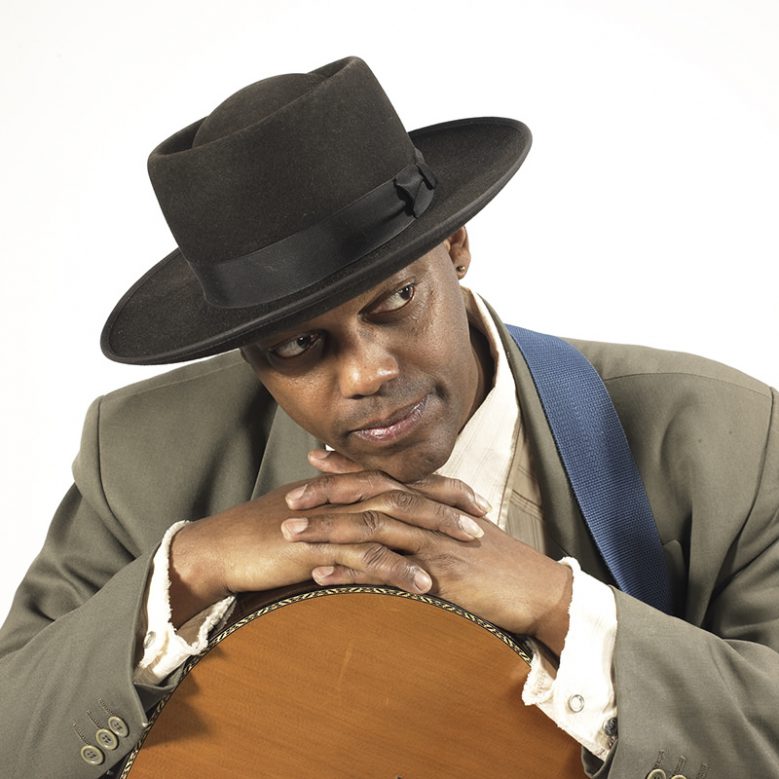 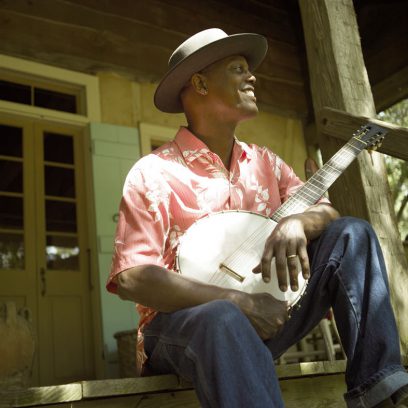 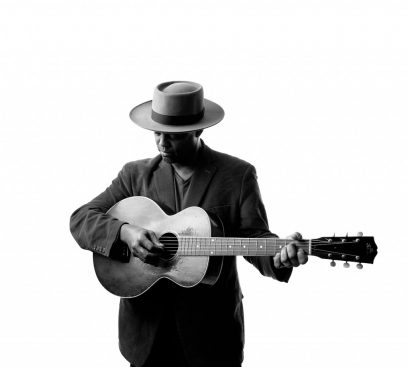 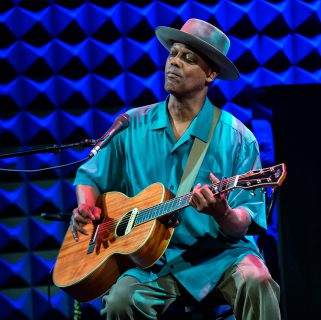 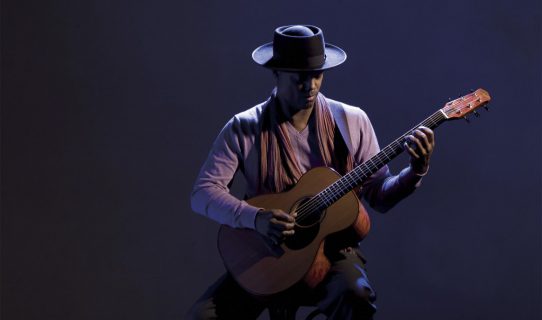 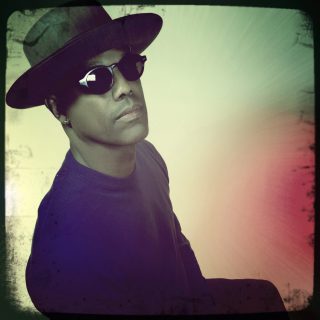 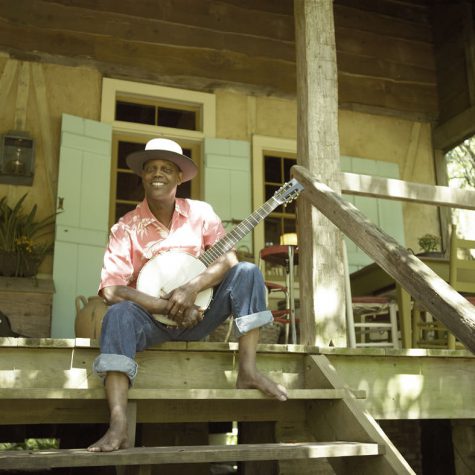 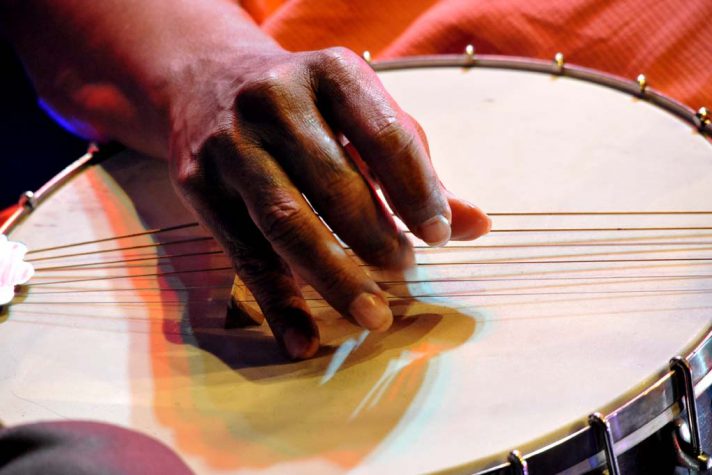 We discussed if traditional blues has a place with a younger audience as a way to raise social awareness.

EB: I think young people are really switched on these days as they are able to connect through technology and I think young people are discovering the truth and the beauty of the real Blues. They have access to archives of music at the touch of a finger, they don’t have to go to special libraries. So, I think the power of the Blues, and I’m not necessarily talking about these popular, recent offshoots, I’m talking about country Blues from the 20s and 30s because I think all artistically curious people will find it. I’m happy to have people from 16 to 86 comes to my performances and it’s really encouraging.

We talked about protest music and the power of songs such as ‘Strange Fruit’ and I asked Eric:

FR: What are your thoughts on the role of the protest song in today’s society?

EB: I like the question and it needs a multi-faceted answer…Protest songs as a label bother me – it’s a reactionary term. A song like Strange Fruit, a ‘protest song’ is more a true song. It’s a song about what is real. Sharing with a large audience in a poetic way and it’s powerful because of it kind of reaches people on the fly. Whereas to come and sing a song directly, in a protest way, will not be as effective. So, this term bothers me. Having said that there will always be a place for truth songs and we need that now more than ever. Collectively, we have been asleep at the wheel and I really think we need, like a double shot of espresso and to wake up to the fact that we need to get moving, ahead.

I loved the term ‘truth song’ as opposed to a Protest song. So many ‘protest songs’ are quite simply just exploring the reality of a situation.

Eric’s website quotes him as saying that he ‘challenges us to do better, to reach higher and strive harder’ and we talked about what he would actually like to see happen.

EB: I would like young people to see through the tactics of certain people who would like to divide humanity as opposed to unify humanity. Young people are switched on and they are starting to see that this doesn’t really make sense. We are right on the edge, but there is defiantly hope. That’s what I think!

Eric has worked with some amazing musicians – Mavis Staples, Taj Mahal, Odetta, George Benson, to name a few – and we discussed their influence on his development and if any were especially influential to him.

EB: One of the things that keep me growing as a musician, as an artist, as a writer, as a performer, that is vital to that growth is collaborating with other wonderful musicians. I have had the blessing of meeting some fantastic musicians and that leads to new connexions and things move and I think that has something to do with sharing. I have been working recently with a wonderful bassist Neville Malcolm, a wonderful drummer Paul Robinson, and for many years, long-term working relationship with the wonderful guitarist, Staffan Astner. That group of people, with the addition of a musician from Quebec, Michael Jerome Browne, and one more I will add, a fantastic Senegalese musician Solo Cissokho – those musicians have been pivotal for me with my new direction which involves more of a band, keeping a unit together so we can develop a synergy that we have already begun to build. We all have common ground, musicians we admire, but we all have a unique experience and a lot of that is shaped by where we are from and where we spent most of our time – putting that into a pot and coming up with a gumbo that’s unique is very exciting.

Odetta, Richie Havens, Taj Mahal and Mavis Staples are people I have actually spent time emulating, meaning that they have given me a way forward, as a role model – all of them. Role models in the way they sing, the way to perform, the way to convey your message – all of those things, like a whole package. It amazes me sometimes when I reflect on the people I have been able to spend time with – I have been very blessed.

Eric is currently touring worldwide, with some of his projects. His ‘Migration Blues’ project, where Eric is hoping to ‘encourage us all to keep our minds and hearts wide open to the ongoing plight of refugees everywhere’ and his project ‘Tales from a Blues Brother’.

EB: My Tales from a Blues Brother project is a one-man show which is a combination of my own autobiographical journey, combined with songs and a back projection of pictures that illustrate my upbringing. This includes a big dose of images from the Civil Rights Movement, moving to Europe and becoming an immigrant myself and understanding what that means. And also, moving away from the States and becoming more interested in sharing history through songs in a way that educates, because I think part of the problem is that we are not aware. I think for me, being an African American, being outside of the American Theatre, with its institutional and cultural racism embedded in it, I think that it gave me a spiritual breather. I was able to reflect on, not only who I was and where I come from, but the world in general from a whole other angle that wasn’t constantly dominated by the ills that haunt Americans because of the legacy of slavery. So that’s one answer – I’ve been able to see myself in another mirror.

It was a highly moving experience talking to Eric Bibb – an amazing artist and human being who uses his music to educate and inspire – he succeeds.