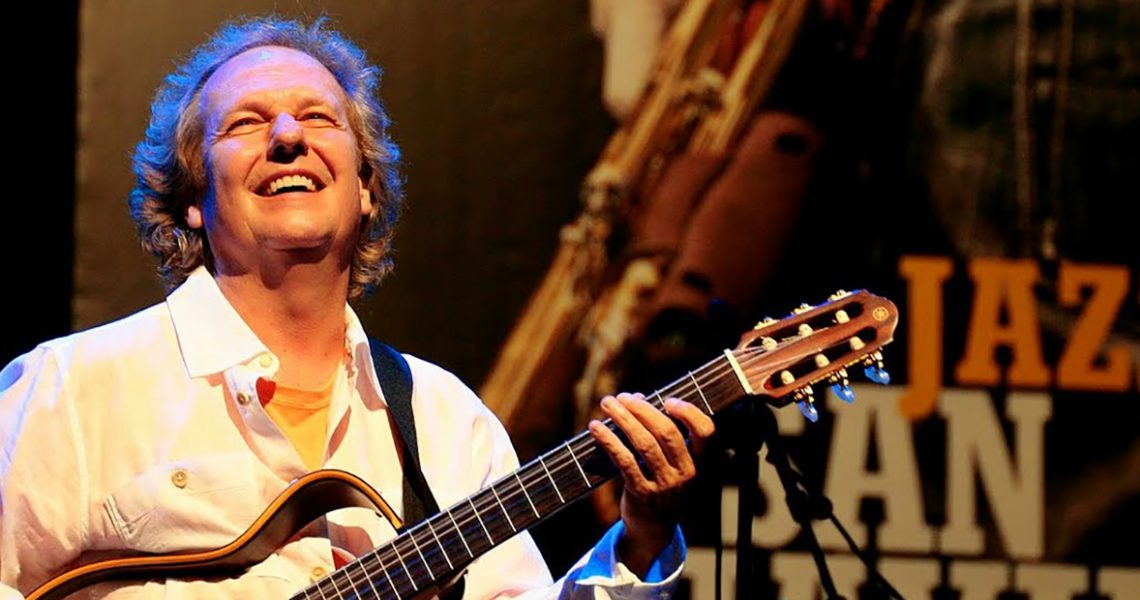 For a taste of what you can expect, below is a video of the band live at the 2017 edition of the Jazz San Javier Festival in Spain.

As the 1980s began, Ritenour began to add stronger elements of pop to his music, beginning with Rit (1981). “Is It You” with vocals by Eric Tagg reached No. 15 on the Billboard pop chart and No. 27 on the Soul chart. The track peaked at number fifteen on the Hot Adult Contemporary chart. In 1988, his Brazilian influence came to the forefront on Festival, an album featuring his work on nylon-string guitar. He changed direction with his straight-ahead jazz album Stolen Moments which he recorded with saxophonist Ernie Watts, pianist Alan Broadbent, bassist John Patitucci, and drummer Harvey Mason. During the same year, he composed the theme song for the Canadian TV series Ramona.

In the 90s, Ritenour was a founding member of Fourplay, the most successful band in contemporary jazz, with keyboardist Bob James, bassist Nathan East and drummer Harvey Mason. The first Fourplay album in 1991 spent an unprecedented 33 weeks at No. 1

The Tuesday, Wednesday and Thursday shows are sold out although there are tickets still available for the Friday and Saturday shows, however they are selling fast so we recommend booking as soon as possible.

Tickets are available here, on the Ronnie Scott’s website.