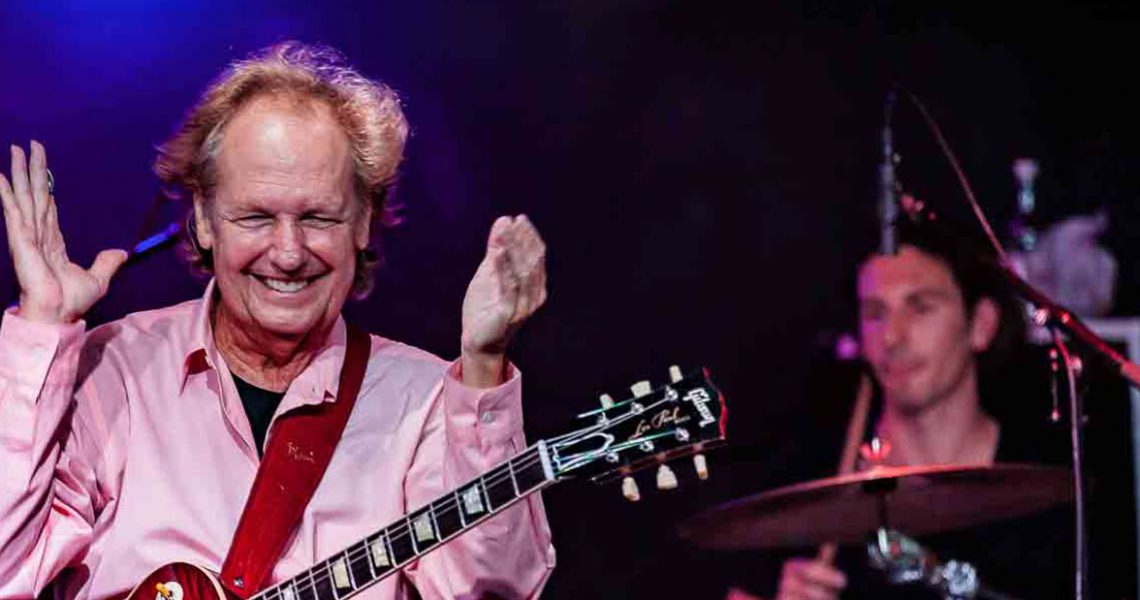 Attending on the first night, the thing that was clear from the moment I sat down at my usual bar stool, was how busy the club was. A heaving feeling from an audience which was cutting right through all ages, expectant and at times rather loud, but a “good loud”. As Lee Ritenour and his band came on the stage, a raucous applause welcomed them. His companions were going to prove a special mix of absolute talent and experience together with the appearance of a young Wes Ritenour on drums.

For a musician, composer and producer who really does not need any introduction, Ritenour Sr was in top form on his first of five nights at the club. Playing with a big smile on his face, he continued the show with a marvelous rendition of the famous “Southwest Passage”, written by Dave Grusin and a track which appears on the 2006 album “Smoke ’n’ Mirrors”. In a show of 2 sets, there were many beautiful compositions, from jazz to funk, all played with energy and plenty of passion, but my “man of the gig” was the lovely and funny Dave Grusin. As obvious as it might read here, Grusin was, of course, pivotal in Ritenour Sr perfectly portrayed musical pictures on the night. I remember feeling elated by his smooth and yet so full of life piano playing. I could have stayed all night just listening to him!

But back to Ritenour…. One of the founding members of Fourplay, Lee Ritenour showed off his natural instinct on guitar playing (a very elegant Gibson, if I may say) combined with a formidable smile which hardly ever left his face. To me, a vital ingredient, a sign that both the artist and his band are in unison enjoying the show. This, in turn, gets passed on to the audience. And, lo and behold, indeed it did! 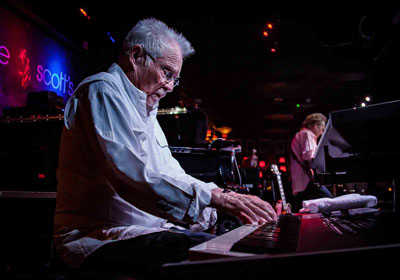 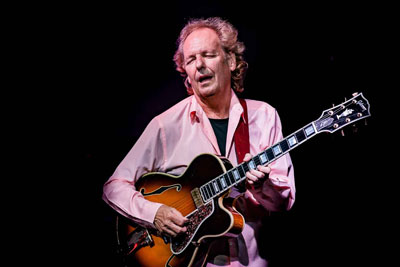 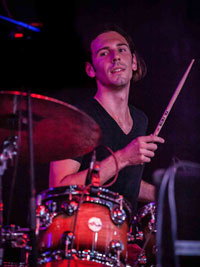 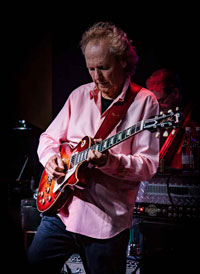 The crowd, full of fans, young guitar aficionados and “jazz freaks” (Grusin lovingly calling the audience as such during the show), was appreciative and supportive all the way. Little gems of solo playing between Ritenour and Grusin, throughout, gave both sets unique value and quality.

I would also want to mention Tom Kennedy, a remarkable player, with fingers that were literally flying on the strings of his bass, performing an amazing solo, at one point, which almost got me off my seat. Young Wes Ritenour on drums, son of Lee and named after the legend that was and still is Wes Montgomery, made the show tight and complete with his drumming. Let’s keep an eye on this young man!

With a second set that went well over the scheduled time, Lee Ritenour and Co, gave 110% and more. Dave Grusin, refreshingly playful, never stopped to amaze a crowd that watched every single note he played. A cover of “Alfie’s Theme” (by Sonny Rollins) got the audience to listen even more with well deserved applauses throughout its performance.

And then, a treat: Grusin’s performance of Bill Evans’ “Turn Out the Stars” was just the icing on the cake. A vibrant and melodic show with a little sprinkle of musical wickedness. Potent stuff!