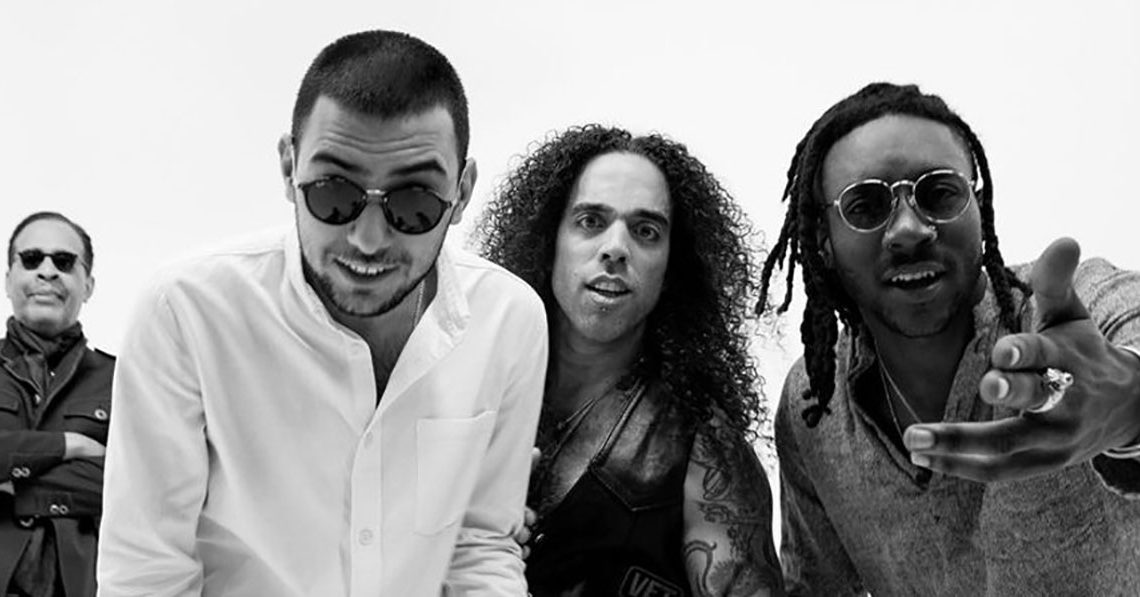 The first thing I noticed about the new album from bass master Stanley Clarke was the front cover photo. Clark is positioned in the background, arms folded while letting the younger generation of Band Members take the foreground. My first thought was is this a  foreboding of the music being presented on the album. Well the short answer is no. While Clarke provides plenty of room for his young compatriots on most of the tracks the bass is front and centre. 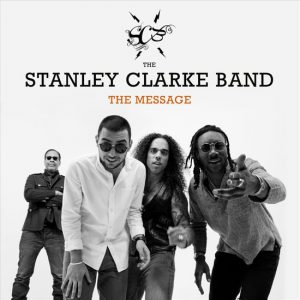 There is also an interesting back story to the music on this album. In 2015 while on tour in Europe the band had to cancel one of the dates in Tunisia due to a terrorist attack so in place of travelling to Northern Africa the band decided to stay in Paris and wait for the next leg of the tour. While in Paris they decided not to waste the time and compose. “We were in this great hotel and the owner was a fan,” remembers Clarke. “I said, ‘Can you put these three guys in a room where no one can hear them?’ He found a room and after two days, they wrote compositions that reflected their worldview and included their versatility in many different musical genres. A lot of this stuff I would have never written in a million years.”

A few days later the band entered ICP Studios in Belgium and recorded an abundance of material. Clarke returned to his home in Los Angeles with the tapes and began to tinker. “Once I got the raw material, I fleshed it out. My ability is to orchestrate and arrange. I’m very good with taking anything and turning it into something.” The result is “The Message’.

The Message is an eclectic mix of music that crosses many genre boarders and makes it hard to place this album in any particular category. The majority of the tracks were written as a collaborations between Clarke and the band members with the exception of “And Ya Know We’re Missing You” that add’s beatboxer Doug E. Fresh. After The Cosmic Rain/Dance Of The Planetary Prince and the title track The Message are attributed to Clarke himself. Also included is J.S. Bach’s Cello Suite 1 (Prelude) performed by Clarke on Double Bass.

The album opens with “And Ya Know We’re Missing You” a tribute to a number of musicians recently passed including Al Jarreau, Tom Petty, Chuck Berry, Larry Coryell, Leon NDUGU Chancler and Darryl Brown. this track has an interesting choice as opener and features Clarke on his Stratobass and a rhythm track laid down by Doug E. Fresh.

While the album is largely ethereal there are tracks that stray into the adult contemporary, fusion/funk, Soul and in some cases pop genre’s however in my opinion the whole album does not sound at all bitty. The album is a truly an example of the whole being greater than the sum of it’s parts.

One interesting track on the album is the rather Orwellian Combat Continuum opening with a Doomsday Announcement before introducing a frantic unison theme leading to back to the narration with the true intent of the “Message”. The band reach back into the mainstream with an uptempo hard swinging track featuring a standout piano solo by Beka Gochiashvili titled “Alternative Facts”. The title obviously referring to the current dysfunction in US politics.

If I can find any negative with the album it would be the inclusion of the Prelude from Bach’s first Cello Suite. Not at all due to the performance, in fact Clarkes interpretation is one of the finest I’ve heard on Double Bass. My issue is more a question as to reason why Bassists seem to be obsessed with translating this music to an instrument never intended to perform it.

All in all “The Message” is a great album and one that will take pride of place in this Stanley Clarke fans collection. Highly Recommended.

Track Listing:
And Ya Know We’re Missing You; After The Cosmic Rain/Dance Of The Planetary Prince; The Rugged Truth; Combat Continuum; The Message; Lost In A World; Alternative Facts; Bach Cello Suite 1 (Prelude); The Legend Of The Abbas And The Sacred Talisman; Enzo’s Theme; To Be Alive.