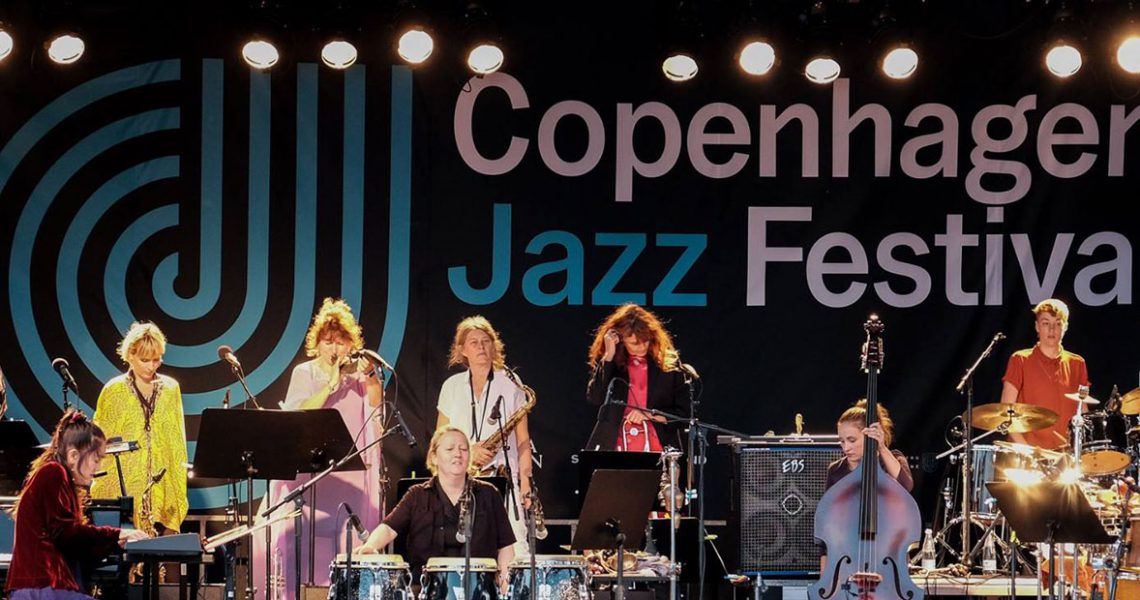 “Hygge” – this is the motto Danes have been celebrating for years. “Hygge” means something like “cosiness” or “security”. According to the annual World Happiness Report, Danes come first in terms of their residents’ satisfaction with their living conditions. Indicators are generosity, freedom of choice, social cohesion and the life expectancy of the Danish population.

On the occasion of the Copenhagen jazz festival, which takes place annually in July, we were on the road travelling to the place of ‘hygge’ happiness and the philosophy of life behind it. Denmark in general and its capital, Copenhagen in particular, receives people with an elegant casualness, which the visitor immediately experiences in the unobstructed traffic, the “live and let live” attitude as well as the smart and creatively dressed people. Add to that the special sound and smell of the seaside towns.

On the first evening of our arrival, the road led us to the Copenhagen neighborhood known as the Islands Brygge. Here, the Ethiopian musician Mulatu Astatke gave a concert with his own orchestra on the big festival stage. The vibraphone player, keyboarder and master of percussion instruments made his name in the 1960’s when he combined western jazz and Latin American music with traditional Ethiopian music, establishing a new style of ethno-jazz. In 1971 he appeared together with one of the greatest jazz musicians on the stage. In the early 1970s, the US State Department subsidized a tour of Mulatu’s hero Duke Ellington through Ethiopia and Zambia, because at that time jazz was actually being used as a propaganda tool against communism, which threatened to spread in Africa. Astatke was in the opening act of Ellington on anti-Soviet tour. Together with Duke Ellington he toured Ethiopia and Zambia. From Addis Ababa, he led Ellington to the tribe of Derisha, Bushmen, whom Mulatu Astatke describes as musicologist people. On their bamboo flutes they have been playing diminished scales for centuries. The sound system that was introduced in the classical music of Debussy and with which Charlie Parker founded modern jazz. Inspired by the bush doctors, Mulatu Astatke is still working on the further development of music. In recent years, he has made a comeback, which was promoted internationally by a film of American director Jim Jarmusch and found a worldwide echo. In Copenhagen Astatke and his exquisite band played a fine set in front of enthusiastic listeners. Some spectators experienced the concert in the water, because they liked to cool down at the same time and swim in between a round. The relaxed atmosphere on this warm summer evening also inspired the musicians, who really gave their all with their enthusiasm.

A couple of cool drinks followed after the concert and we also got in touch with nice people from the audience, who kindly gave us direction to find our next destination. Just stroll along the shore and cross the second bridge, we’ve already arrived in the district Christianshavn. A few more steps, then we reach the “Freistadt (Freetown)” Christiania. Danish law does not apparently apply here. It has set its own rules, which are enforced by the residents themselves, because the Danish police don’t normally interfere in the affairs of the autonomous city unless required. Marijuana is tolerated, but hard drugs, violence and weapons are prohibited. This ban is not always respected, as shown by the many drug-related deaths and various armed attacks in recent decades, which disturb the perfect image of the city again and again. The Free City now also has a jazz club, which is the venue for several concerts as part of the festival.

We were looking forward to the Hungarian saxophonist Gabor Bolla and his quartet. The small club holds about 80 people. When we arrived at about 11pm, it was still relatively quiet. The concert was programmed for 11:30pm. Here, too, we quickly got into conversation, this time with a Cypriot architect and jazz photographer who supports the festival as a volunteer. After a few beers, we were surprised now that there were still no musicians to make out, nothing moved on the small stage. Finally, around one o’clock in the early morning, the bandleader told the now-capacity audience that his drummer could not play, as he’d been taken ill. But he called the US drummer Gerald Cleaver, who wanted to come in and was already on the way here. The audience, which had been hanging out for a long time, now demanded that he, Gabor Bolla, be able to deliver a solo performance, which he actually did. He blew his horn, heartful and inspiring. At 2 o’clock we left the club and Christiania. Through clouds of marijuana, we made our way out into the Copenhagen night.

In the early 1960’s, a northward movement of the jazz scene developed in Europe. Scandinavia and especially Denmark which was known for its freedom of movement and liberality. It was particularly attractive to jazz musicians from the United States. The Copenhagen jazz club Montmartre played a major role in this, precisely because of the many prominent expat musicians who settled in Copenhagen and the surrounding area at the time. Montmartre was at the center of exciting and sensational developments that took place more than 50 years ago in jazz. It was a time of awakening and tumult with diverse interactions. The club acted as a permanent teaching school for the then younger generation of Danish jazz musicians, who could constantly interact with American migrants. Among them were great names such as Stan Getz, Sahib Shihab, Dexter Gordon and Ben Webster, as well as the bassist Oscar Pettiford, the violinist Stuff Smith and the pianist Kenny Drew. To this day, this productive time is reflected and forms the basis on which the Danish jazz scene flourishes and thrives. Musicians from Denmark have always confidently and successfully connected to the New York scene. At the same time they have developed their own voice, their own signature.

The composer and pianist Jeppe Zeeberg stands for current trends and idiosyncratic compositions. His concert on the closing day of the festival in the early afternoon took us to a former slaughterhouse, which now stands as a venue for improvised, free music. In the H15 we experienced a futuristic journey to unknown places.  Psychodelic Jazz we called Zeeberg’s music in unison, musical exploration into the subconscious mind. Many Danish bands are now producing their music on vinyl, including Jeppe Zeeberg, who offered a box of recordings for sale at the venue. His album “The Four Seasons” now enriches my private collection.

In the late afternoon our routine was to visit various city cafes. Drinking espresso and watching the relaxed drifting in the streets and alleys. As already mentioned, we noticed once again the large number of well-dressed people whose fashion is as varied as the city itself.

At the end of the festival, we found ourselves back in the legendary Montmartre Jazzhus. (This is where Nils Landgren played four concerts!) I must say that the organizers presented a compelling program of classics, including pop genres and fascinating original compositions at this venue. So the band was well matched. Pianist Jan Lundgren, the artistic director of the club and also of the Swedish Ystad Jazz Festival, starts with fantastic piano runs and an extraordinarily soft attack at the beginning of the concert. He was followed by bassist Matthias Svensson, who continued the harmony. Drummer Morten Lund was in a good mood and drummed with sensitivity and concentration. Nils Landgren listened attentively to everyone, never played in the foreground. It is quite remarkable how this band is managed in sound matters and narrative style. Nils Landgren spoke briefly and succinctly in Danish, Swedish, German and English. “You hear the Nils Lundgren Quartet,” he says to the audience. By the end of the evening no one in the audience is left sitting down, many  danced in the aisles and near the club’s exit. A wonderful completion of this festival edition 2018!

Now onwards to the Danish “Summer Sessions”. From July-29 until August-4 you can attend the well-known music festival in Vallekilde. Approximatley an hour’s drive away from Copenhagen, drum greats such as Jeff “Tain” Watts and Louis Hayes will be playing together with Danish musicians.

Denmark is a country of jazz and its global message! Being “Hygge” means having the best conditions for the genre. The Danes have internalized this impressively.