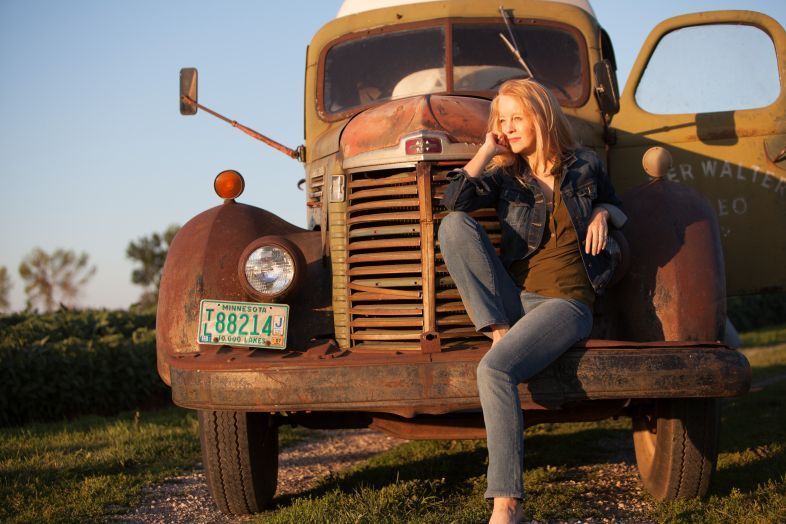 Maria Schneider add’s another award to her tally

Editors note: Maria Schneider continues to add awards to her we deserved tally.  Each year, in the USA, the National Endowment for the Arts bestows the nation’s highest honor in jazz – the NEA Jazz Masters Fellowships – on individuals who have made significant contributions to the art form. The award is usually given late in a performer’s career after they have long established themselves. Seeing images and video of Maria Schneider you realise she must have started her musical career from a very young age.  Read Scott Thompson re-published (original from Playbill) great Interview (27K+ views) with Maria Schneider from a couple of years ago after she’d just won two Grammy’s. Plus watch her video.

Born November 27, 1960 in Windom, Minnesota, Maria Schneider first hit the scene with her orchestra in 1994 with Evanescence. Since then, the orchestra has performed at major festivals and concert halls around the globe, garnering at least nine GRAMMY® Award nominations and winning four GRAMMY® Awards. She has become known for her fan funding of projects throughartistShare pre-sales, making her the first artist to win a GRAMMY® Award for an album not available in retail stores. Schneider received further critical acclaim for her 2013 release, Winter Morning Walks.

We caught up with Schneider on her busy schedule, just back from the orchestra’s performance in Tokyo, Japan. Schneider’s enthusiasm shines through: “The reason I love writing for jazz orchestra is that I love the idea of writing music that becomes fully complete through the creativity of these highly inventive musicians that play in the band. I write very detailed music, but I love to leave space where the story can be told in a slightly different way every time by the rhythm section, the soloist, and even the whole band. Collectively, we’re all looking for a sense of inevitability in the music, but at the same time, creating music that feels ignited by surprise. This connection that’s made it through my music is not only fulfilling to me on the musical level, but on a personal level as well. What I love most is when the musicians bring the music to a place that surprises all of us, and you can see on everyone’s face that they’re just in shock and delighted. And what’s amazing to me is how compositional they are. Even though they may have gone to a very distant place, they are keenly aware that they have to gently land us on the ground so that it meets up with the composed music in a way that feels seamless and logical.”

Earlier in Schneider’s career, she served as an assistant to composing giant Gil Evans for several years. It seems as though Evans’ influence may have rubbed off; “People often ask if Gil Evans influenced my music. I would say that the deepest influence came through just seeing how completely individualistic Gil’s music was. It made me want to find my own strong voice and path. It’s maybe important to say that I don’t think I would’ve found my way into writing for jazz orchestra if I had not heard how Gil brought in the colors and the transparency of classical music to his work. Also, in terms of form, Bob Brookmeyer showed me how the expansive forms of the classical world could also be brought into the jazz world. That, of course, started with Ellington before Brookmeyer. That was important to me, as classical music was a huge part of my background,” Schneider concludes. As the great Brookmeyer noticed, “Maria Schneider is a chance-taker who has complete control over what she does, and has her own voice.” DownBeat magazine’s James Hale says, “In the Duke Ellington mode, Schneider understands how to provide both direction and freedom to bring out the best in her soloists. For Schneider, the question is no longer whether she can sustain the heights she has attained on earlier recordings; it is now how far her musical journey will take her.”

About Scott Thompson Thompson served as Assistant Director of Public Relations for Jazz at Lincoln Center in New York for almost a decade. With a background in broadcast journalism, Thompson’s voice and work has been heard on the Associated Press Radio Network, the Mutual Broadcasting network and NBC-AM New York, on The Morning Show. His experience spans radio, television, print and the internet. Thompson co-produced the New Haven Jazz Festival from 1994-2000. A prolific writer, Thompson has contributed to DownBeat, JazzTimes, Jazziz, and the All Music Guide.  He penned the CD liner notes to Herbie Hancock Head Hunters, Weather Report 8:30, George Duke Brazilian Love, Stan Getz The New Collection, The Essence of Maynard Ferguson, and The Essence of Al DiMeola. Scott is one of the original members of the Jazz Journalists Association. Editor’s note: JazzinEurope is very pleased to make the connection with Scott and values his enthusiastic support with his newly curated and revised column for us in the menu section “Across the Pond”. His original article was published in PlayBill Arts