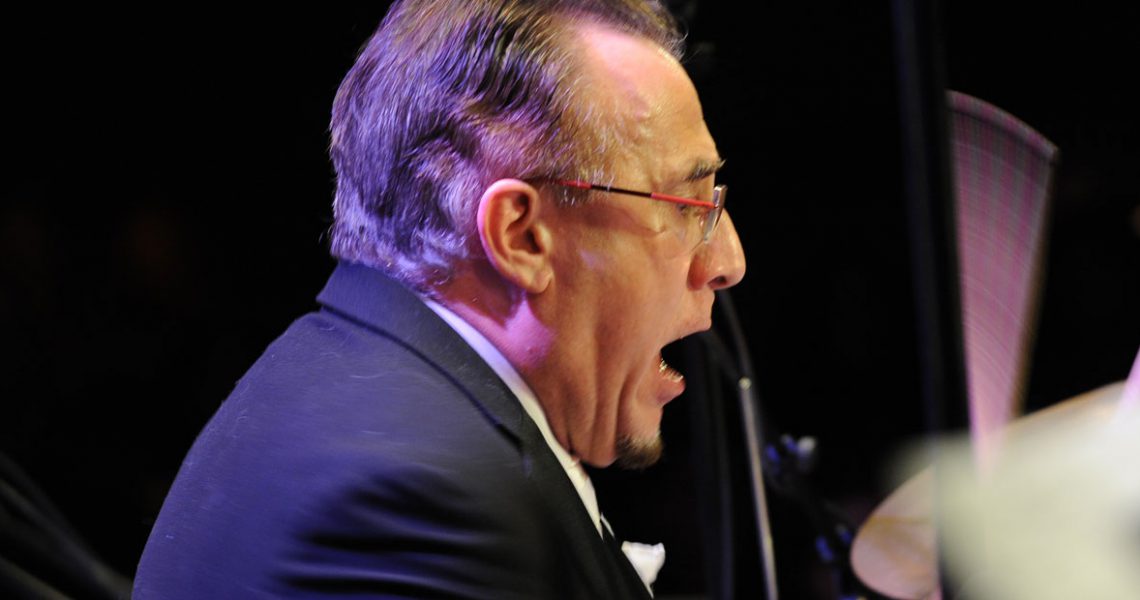 Raised in the South Bronx in New York City surrounded daily by music of all kinds, his love for his Puerto Rican American culture provided him a launching pad for a lifelong love of Latin music and its origins immersing himself into the history of both Latin and Afro Cuban rhythms and culture.

Darrell Craig Harris: Hello Bobby it’s great to get to speak with you today about your life and music, thanks so much for taking the time!

DCH: You have such a huge body of work as a band leader, sideman, composer, and so much more, I would like to perhaps start at your beginnings growing up in the 1960’s in the South Bronx of NYC and talk about your cultural and musical influences

DCH: There must have been so much energy there at that time culturally and musically in New York City, especially in the South Bronx which was heavily Puerto Rican at the time. What was that energy like to grow up with?

BS: Well, it was fantastic musically because at the time we had great Jazz radio in New York City, great R&B, Soul, Funk, Rock and FM had just started in the early 70’s. The station directors in New York at that time had complete freedom because there wasn’t that much advertising. For example WNEW which became the premier rock station in New York City on FM the program director Jonathon Schwartz played Procol Harum, The Alman Brothers, YES, and Emerson Lake and Palmer, but also because he loved Tito Puente all of a sudden he’d play a Tito Puente track (laughs) or something by Sinatra because he loved Sinatra as well!

DCH: So, you’re really hearing a huge mix of genres everyday on the radio?

BS: Yeah it was very eclectic at the time, and we were all the beneficiaries of that, and we needed that because New York City was in chaos at that time. The city was bankrupt, and we had several blackouts with the biggest one being in 1977 when the Bronx and particularly the South Bronx imploded.

But the music is what really kept us alive, and anyone’s that’s a student or lived through that time period whatever part of the country you were understood. The country was going through a lot of chaos with the Vietnam war, Watergate hearings and the Civil Rights movement and all that was reflected in the music. Like I said though we were all really the beneficiaries of that. I think that was the last really creative time period in music. All fields whether you’re talking about Latin music, Latin Jazz, jazz and popular music funk, R&B and even in Country and Western music back then. 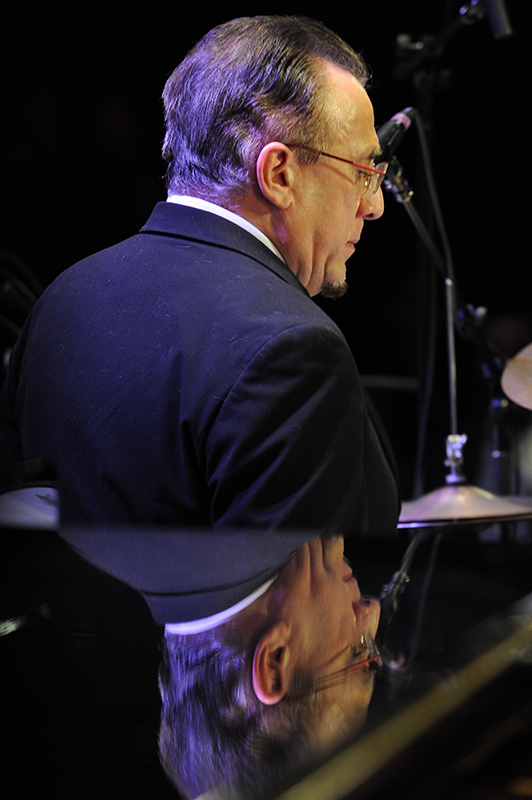 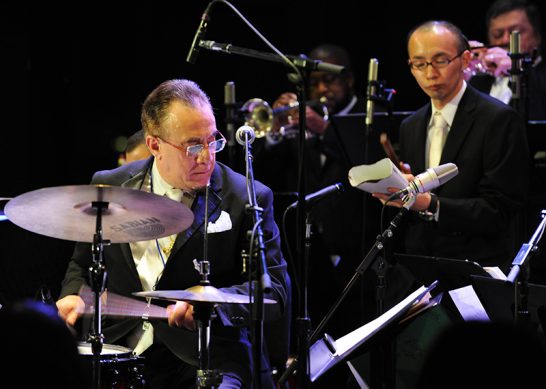 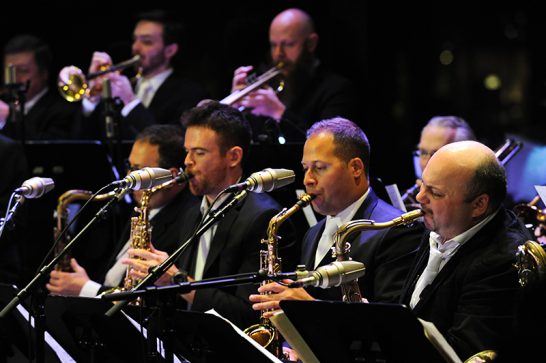 DCH: It seems to me that in Latin and Afro Cuban based music there’s so many different influences from different parts of the Latin world that goes into making what we know as that style of music!

BS: Right, well Brazilian Music was big at that time, you know Sergio Mendez and Brazil 66 when they came on the scene that was like the last great wave of something Latino (the term used now is Latin X) culturally coming into the mainstream and becoming popular. Of course today now you have Latin pop, you have people like Romeo Santos, Juanes and all that kind of thing of course.

DCH: West Side Story is an iconic musical of course, somewhat based on the street life of the upper West side of New York and Puerto Rican American culture. Growing up in a Puerto Rican family in the Bronx what was your first influences in learning the Latin based rhythms that have fuelled your journey and this new project based on the music of West Side Story and Leonard Bernstein!

BS: Well in my case, it’s two things. Growing up in a Puerto Rican household and being a Puerto Rican in New York that means you grow up listening to Afro Cuban music, what we call Salsa today (Afro Cuban dance music). So the early influences just from recordings people like Mongo Santamaria, and Tito Puente and then the sidemen that worked with those guys, also the great Machito and Chito Rodriguez.

You have to understand that when I was growing up in the South Bronx at that time, it was very common to hear people playing Cuban rumba in the Park with conga drums. In the summertime you would hear that at night, in-fact if you didn’t hear that you got worried ha-ha! So, the culture was really in your face, so that was a common occurrence growing up at that time.

And there were musicians living in my neighborhood too! I grew up in the Melrose projects, and in my building there was a gentleman by the name of Candido Rodriguez and he was the timbale player and drummer for Ricardo Ray and Bobby Cruz who were very hot salsa artists at the time. So he was a local hero and his wife use to do my mothers hair, and then in the projects across from me, used to live a guy by the name of “Kako” and he was the timbale player for the “Alegre All Stars” which was an all star Latin salsa super group made up of band leaders from the Alegre record label. So yeah you had local heroes and you looked up to these people when you were a kid.

Also, at that time on TV in the 60’s that was the last time that jazz was part of the mainstream of American culture, so it was very common to see people like Buddy Rich, The Duke Ellington orchestra on TV and of course Louis Armstrong, Count Basie, Dizzy Gillespie. People don’t understand that the “I Love Lucy” show was a very important thing, because for example Desi Arnaz on the show was Cuban and he was a bandleader and he owned the club as well on the show.
So when do you see a character like that on TV in those days. Then he’s singing about “Babalu” again everybody thinks it’s a novelty song, but we in the Hispanic community in New York City we knew that oh man he’s talking about “Babalu” the African deity of pestilence in the Yoruba religion known as Santeria, so he was exuding African culture on mainstream TV in a clandestine kind of way!

Unfortunately it’s now looked on as a caricature. By that time in the 50’s Cuban or Latin music had become so big internationally that it sort of became a parody of itself and that’s what happened. Then I think around 1955/56 is when the transistor radio was invented, and Elvis comes in on the scene and that changes everything! A few things happened at that time to Latin music, Fidel Castro takes over Cuba on Jan 1st 1959, the US imposes the trade embargo in 1960 and then the travel embargo in 62 and what happens right after that, the Beatles come and the British Invasion so that killed Latin music in the mainstream except for when Sergio Mendez came on the scene in 1966, that was the last great wave!

DCH: let’s talk about your new project and upcoming release “West Side Story reimagined” what spoke to you in this iconic musical score, and what was the motivation for you to take on this piece of musical history and what many consider to be Leonard Bernstein’s masterwork?

BS: Well first of all it goes way back when I first saw the movie, I saw the movie on its tenth anniversary when my mother and father took me to the Loews Paradise theatre in the Bronx, the biggest theatre in the Loews chain in New York. It held about 2500 or 3000 people at the time, it was very ornate and it was like stepping into this other world when you go inside. So anyway around 71 or 72 my mother, father and my sister, took me, and from the very beginning, I was just flabbergasted by everything, the visuals, the color and especially the music that’s what really grabbed you!

Continued On Next Page