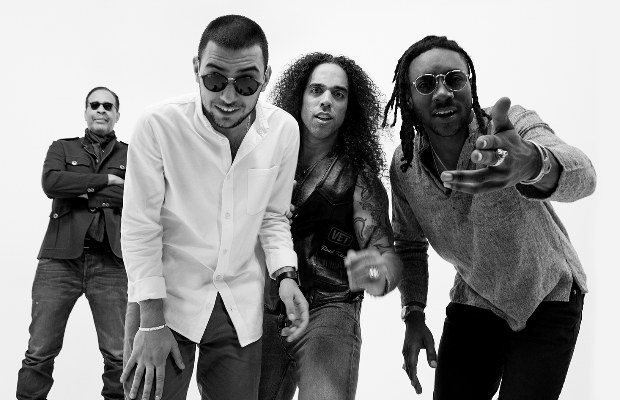 45 years after his album debut, four-time Grammy® Award-winning bassist Stanley Clarke is poised to release a new album, wielding a vision of fusion, funk, breakbeats and bass-interpreted cello suites with a little help from friends like rapper/beatboxer Doug E. Fresh and trumpeter Mark Isham. Backed by a young versatile band and a collection of tunes written in the midst of a tumultuous tour of Europe, The album titled “Message” swells with an abundance of strength, soul and astounding musicianship.

In 2015 Clarke brought a band through Europe consisting of keyboardists Cameron Graves and Beka Gochiashvili and drummer Mike Mitchell. When a terrorist attack in Tunisia prevented the band from continuing their tour (which was scheduled to go there next), they opted to hunker down in Paris and compose.

Clarke remembers “We were in this great hotel and the owner was a fan.” I said, “Can you put these three guys in a room where no one can hear them?” He found a room and after two days, they wrote compositions that reflected their worldview and included their versatility in many different musical genres. A lot of this stuff I would have never written in a million years.”

A few days later the band entered ICP Studios in Belgium and recorded a great deal of the material that formed that basis of the album. On returning to his home in Los Angeles with the tapes Clarke began to tinker. He said “Once I got the raw material, I fleshed it out. My ability is to orchestrate and arrange. I’m very good with taking anything and turning it into something.”

The album is set for release on June 29 on Mack Avenue Records and is available for Pre-Order here.

Stanley Clarke will once again be hitting the road in Europe later this summer with series of major Festival dates planned including the Montreux Jazz Festival and North Sea Jazz Festival amoung others. The tour will also see club dates at Porgy & Bess in Vienna on the 10th and 11th of July. Full tour dates are listed below.