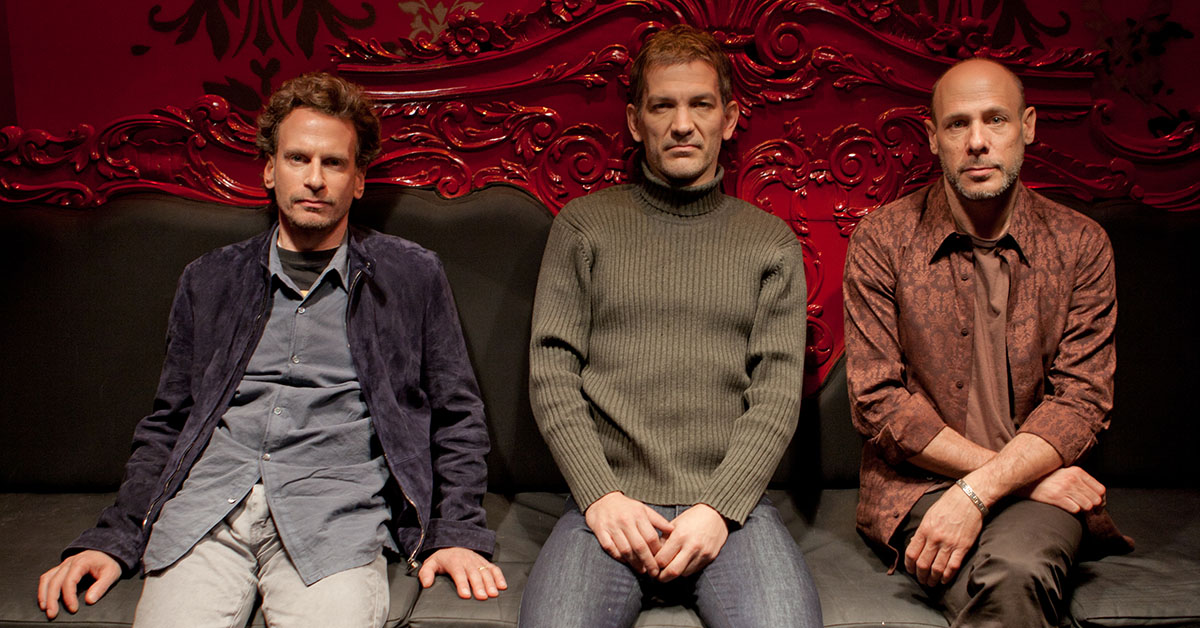 The Brad Mehldau Trio is touring Europe with a new album, “Seymour Reads the Constitution” (Nonesuch, 2018). Their previous studio recording “Blues and Ballads” (2016) begins with a surprising Ramsey Lewis vibe and then progresses to ever newer heights for this exquisitely complex improvisatory and yet accessible piano jazz trio.

Brad Mehldau (born 1970) is a virtuoso jazz and classical pianist and composer, who is constantly forming experimental projects merging these two musical worlds. His latest solo project “After Bach” (Nonesuch, 2018) combines Meldau’s recordings of four Bach preludes and one fugue along with Meldau’s improvisational pieces inspired by Bach.

Mehldau formed his jazz trio in 1996 with bassist Larry Grenadier and Jorge Rossy (from Barcelona) on drums. By combining the elegance of Bill Evans and tough lyricism of Thelonious Monk, they gained a devout following performing their own compositions or expressive interpretations of popular music standards and an eclectic range of non-jazz songs by English folk-guitarist Nick Drake, Paul Simon, or the Beatles and Radiohead.

Mehldau initially started as a leader with jazz heavyweights, while living in New York, he began performing extensively in 1991 with the Joshua Redman Quartet, with bassist Christian McBride, and drummer Brian Blade, and he asked the two to form the rhythm section for his first recording, “Introducing Brad Mehldau.” After leaving Redman’s group, he went on join another saxophonist’s group, this time with David Sanchez. He met bassist Larry Grenadier with this group in 1995, and together with drummer Jorge Rossy, from Barcelona, he established his trio the next year.

With this trio, Mehldau brought back a hip elegance to jazz clubs captured best of all at the Village Vanguard in New York, as part of their five record series, The Art of the Trio.

Mehldau’s solo piano recording, Elegiac Cycle (1999) is a solemn effort, just as haunting though not as stark as his unforgettable compositions for the piano in Stanley Kubrick’s film, Eyes Wide Shut. His next recording “Places” (2000) combines the intricate solo work with the trio best of all, with songs including, “29 Palms” and “Perugia,” titled for where they were written, but not for any particular inspiration of the place itself.

Live, the trio always plays a mix of originals, standards and some contemporary cover tunes. And since they each have a range of other musical projects on the side, this is not a group that tours constantly. So there is also a freshness to their live performances, as if they are simply looking forward to playing with each other after breaks on other projects.

These days, and more than ever, Mehldau shines in his extended improvisations for all of their songs incessantly revealing a progressive and inquiring mind at work intertwined with a first-rate rhythm section, both traditional in its refinement, yet new in potential and discovery, and influenced as much by Brahms and Bach as by Ellington and Brubeck.

Overall, his sound with the trio opens up jazz to wider music connoisseurs who otherwise may have shrugged off the genre as either a popular music well past its prime, or music for insiders only. In the hands of Brad Mehldau and his trio, jazz is still doing alright.

The Brad Mehldau Trio is on tour in Europe through May 2018.