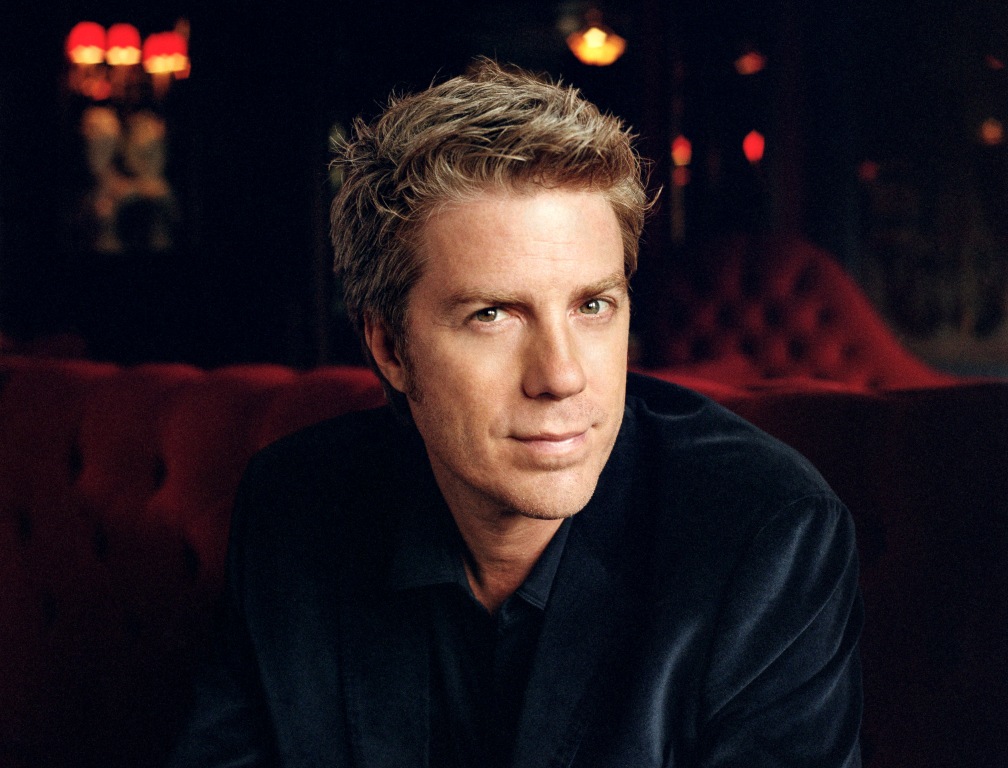 On May 19th, Kyle Eastwood, bassist, composer and band leader, celebrates his 50th birthday.  Brought up in a showbiz family environment (Clint Eastwood is his Dad) and only minutes away from the infamous Monterey Jazz Festival. His eight albums, along with numerous film scores, demonstrate his passion and joy for storytelling and respect for the history of Jazz and the legends that live within that history – along with experimenting with grooves and bringing new flavours to the table. I am a huge fan of his work and it was an absolute pleasure to speak to Kyle about his albums, his upbringing and life on the road.

FR: I would like to firstly, talk about a few of your albums and the development of you as an artist, if I may. I was first introduced to your work through your 2006 album ‘Now’. This album has flavours of Acid Jazz, Hip Hop and contains some covers not normally associated with Jazz. Can you talk us through that album?

KE: Well this is album I did right after Paris Blues, which had elements of other music in there, but I guess it was a little bit more jazzy than ‘Now’ was. But ‘Now’ was a kind of experiment really. I was experimenting with programming on the computer and some rhythms with real drums. I had written some songs with Ben Cullum (Jamie Cullum’s brother) and you know,  I love all kinds of music and I was just really experimenting with all kinds of things and different directions. I just put a band together and tried to put different things in together, elements of pop, Hip Hop, whatever, just different grooves really. It was just what I was feeling at the moment really.

KE: Yes well obviously there are lots of people that think it’s not jazz if it’s not done this way or that way. But I’ve never been that way. I love Jazz and I grew up listening to a lot of Jazz from the 1940s and 1950s, Big band music that my parents loved. But I also listened to a lot of music from the 1960s and all of that had a huge influence on me and are some of my favourite eras in Jazz. But you know, Jazz started as a kind of mix of different music anyway, and I have never been one to pigeon hole stuff. I have always been interested in melding different types of music and for Jazz to progress it has to go in different places. But I am all for people who are into the tradition and who try to keep that tradition alive. But I am certainly not a Jazz snob in any way ha! My ipod has everything on from Bjork to Radiohead to Benny Goodman to Led Zeppelin to Bob Marley. Lot of classical music, Jazz – all kinds of stuff.

FR: What was the process for the album ‘Now’? It was quite early on in your career, so how was this compared to some of your other albums?

KE: I recorded some of it in London, some of it in my father’s guest house in Los Angeles and some of it in Paris – it was, ha, done all over the place over several different sessions. And a lot more time on the production side of things. My other albums are more live –  ‘Songs From the Chateau’ was done in a couple of days – we just played through the stuff as if we were doing a gig really.

FR: ‘Songs From the Chateau’ was literally recorded in a Chateau – sounds like an amazing setting.

KE: Yes, we’d just come off a tour for a few months and I had been writing and trying some tunes out while we were touring. And after the tour, we basically went to straight in and spent three or four days at the Chateau in Bordeaux and recorded pretty much live in the living room.

FR: That must have been a completely different experience to the more studio based recording of ‘Now’?

KE: Ha, yes, it was actually a small, quant chateau and we just recorded in two rooms that we joined together and just played really.

FR: And did you prefer that way of working?

FR: The press release for your last album says ‘it is a culmination of a reassessment of your personal and artistic aesthetic that began with Songs From the Chateau’ Can you elaborate on that – what do you define as this re assessment?

KE: I’ve tried to keep my band together for a while now and I’m really happy with it. It was always really important for me to put together a really steady band and finding musicians that were interested in developing sounds together and I’ve been striving towards that since ‘Songs from the Chateau’. So I guess that’s more along the lines of what I have been developing from that time until now. I’m really happy with this album. I think it has some strong compositions on it and it is a good combination of what I have been striving to do – it’s one of my favourites.

FR: Looking back on all of your albums so far, is there anything you would have done differently, based on the experiences you have had?

KE: I don’t know, that’s difficult to say. I mean there have been improvements in my writing and you can always look back on things and think maybe I could made a different choice here or there. I’m pretty happy with the way they came out.

FR: You were brought up not far from the Monterey Jazz festival and your Father took you to many legendary performances. Any that especially stood out for you?

KE: My father took me there to see the Count Basie big band – and Count Basie was still alive and playing in the band back then. I remember being really impressed by that and I think that was one of the first live concerts I had been to. It was an amazing, powerful, swinging big band.

FR: Was there a key moment that drew you to the bass?

KE: Well,  I took piano lessons when I was growing up and my father showed me a few bits when I was little. Then I learned a little guitar for a film I was working on with my father, when I was about twelve or thirteen and then I picked up the bass shortly after that. And actually I remember kind of being drawn to the drums after seeing the Basie band – I just always really liked drums and bass. I just picked up the bass and started teaching myself for a few years and it just seemed to come naturally to me. I had a lot of friends who were musicians at high school, but they were always usually drummers or guitar players, but there were never really any bass players – so there was always room for a bass player! I remember seeing Ray Brown – and Bunny Brunel – and I remember that I had never really seen anyone play electric bass like that – this was around the late seventies. In fact, I ended up years later studying with him.  Bunny kind of forced me to be a well-rounded musician and learn to read music and he was the one I initially started studying the acoustic bass with – learning Bach etudes etc.

FR: You studied film for a while and have written several soundtracks – I guess your father had a role to play there?

KE: Well, I grew up around film, with my father working in the industry. He was always showing me films from the 40s and 50s that he grew up with. So, he turned me on to a lot of great films from many different era’s. Film and music were just the two things I grew up around.

FR: It is well know that your Father is a huge Jazz fan. Have you ever performed together? Would you?

KE: Well, we play a lot at home, informally, but he’s a behind the scenes type of guy, although he did play at Carnegie Hall, but no, he prefers to be behind the scenes. But we play together when I go back home.

FR: You’re currently touring, do you have any plans for when you finish?

KE: Not sure yet. I have some ideas but I shall go home for a bit – I promised my Mum I would go home for my birthday!

FR: Thank you so much for taking the time to talk to us – and Happy Birthday!

KE: Thanks Fiona, my pleasure!

Find out more about: Kyle Eastwood and his Music