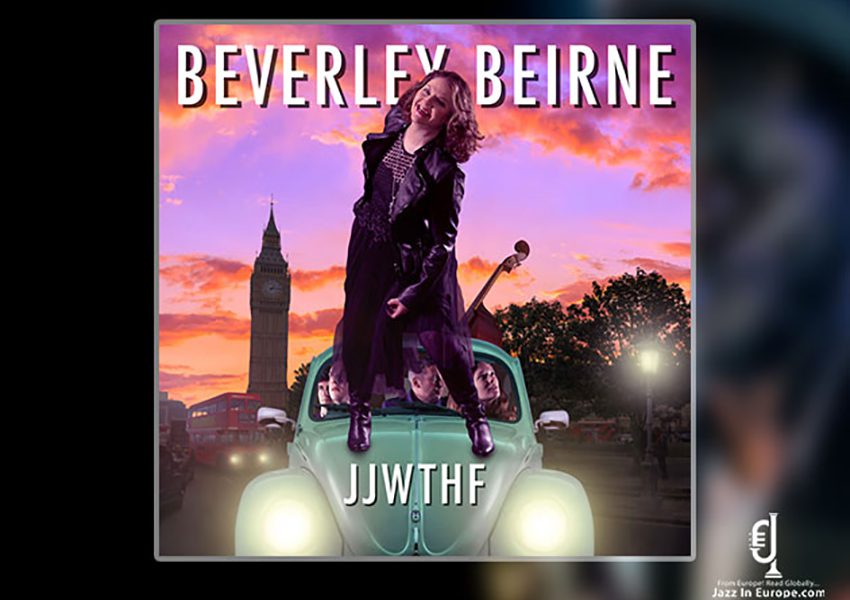 Jazz artists have always covered the popular tunes of the day, such as Miles Davis’ recording of “My Funny Valentine,” and John Coltrane’s exquisite version of “My Favorite Things.” But it’s fair to say that the music of the 1980s hardly springs to mind when it comes to jazz covers. After all, this was the decade of synthesizers, MIDI and bombastic record productions.

But British jazz singer Beverley Beirne grew up in the 80s and the music she heard then formed the soundtrack of her life. What’s more, she’s in good company – Miles Davis covered a number of tunes from the 80s including Michael Jackson’s “Human Nature,” and Cyndi Lauper’s “Time After Time.”

The album title gives you a clue to how this album sounds – fresh, fun and upbeat. There can’t be many jazz albums featuring tunes from British groups such as Slade, Bananarama and Kajagoogoo, but Beirne’s arrangements make them swing. With a core band of piano, double bass, drums and sax (plus several guest musicians), Beirne reworks and reinterprets a dozen songs from the 80s, ably guided by producer Jason Miles.