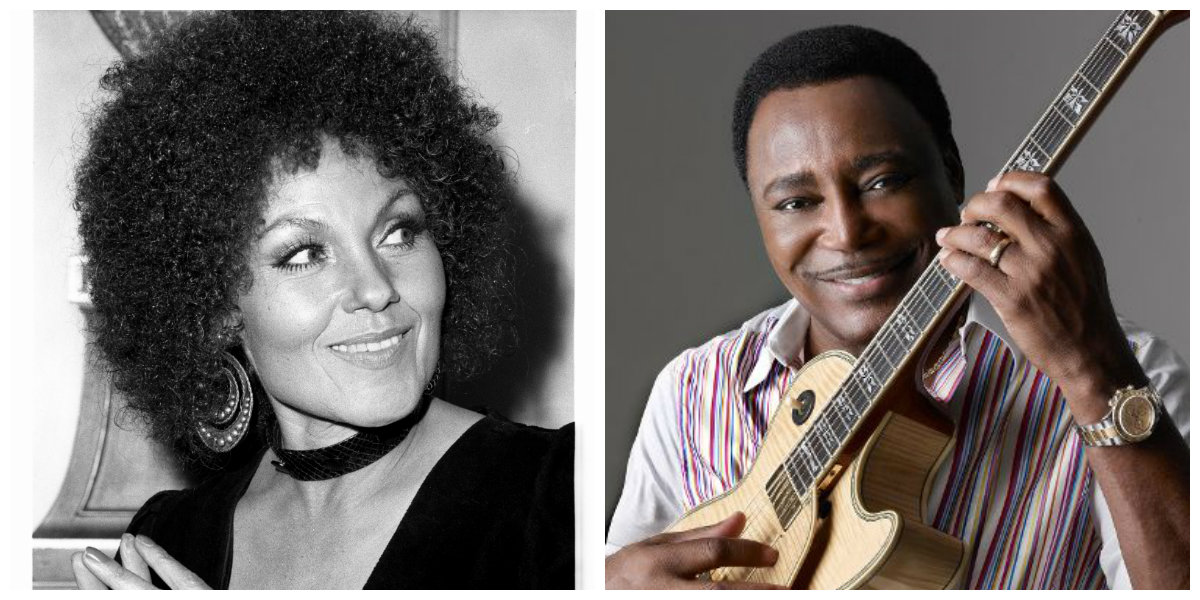 With under a month to go until the fifth Jazz FM Awards ceremony, the organisers have revealed the winners of two of its most prestigious awards. The PPL Lifetime Achievement Award will be presented to Dame Cleo Laine and this year’s Impact Award will be received by George Benson.

British jazz vocalist Dame Cleo Laine has achieved legendary status for her work in the music and entertainment industry. Now at 90 years of age has released over 100 albums including notable recordings with Duke Ellington, Thelonious Monk and Ray Charles alongside her own landmark projects, and left an indelible mark on the jazz world thanks to her remarkable vocal range and scat singing prowess. Dame Cleo is a Grammy-award winner and the only female artist to have been nominated for a Grammy in the jazz, classical and pop categories.

Dame Cleo Laine commented: “It is an incredible honour to be the recipient of this year’s PPL Lifetime Achievement Award. Jazz continues to amaze me every day and I feel privileged to have been able to spend my life performing around the world and sharing music with many wonderful people. Thank you very much to Jazz FM for recognizing my work.”

Peter Leathem, Chief Executive at PPL: “It is an honour to present Dame Cleo Laine DBE with the PPL Lifetime Achievement Award at the Jazz FM Awards 2018. She is an icon in the jazz world and, as an artist with an illustrious career spanning seven decades, has been an inspiration to countless singers and musicians over the years. She has worked with an array of the all-time greats including not just her late husband, John Dankworth but also Ray Charles, Frank Sinatra, Mel Torme and Nigel Kennedy amongst many. She truly deserves to win this award and PPL wishes her many congratulations.”

10-time Grammy-winning guitarist and singer George Benson will be presented with The Impact Award for his exceptional contribution to bringing jazz to wider audiences. One of the most successful jazz artists of modern times, Benson kicked off his influential career, which now spans over five decades, by working with heavyweight players such as Miles Davis and Freddie Hubbard before going on to become a chart-topping, million-selling international superstar.

Performing on the night will be 2018 Grammy® award winning US vocalist Cecile McLorin Salvant, a dual nominee this year in the International Jazz Artist of the Year and Album of the Year categories, accompanied by the Jazz FM House Band led by Musical Director Ashley Henry.

The 2018 Jazz FM Awards takes place on International Jazz Day on 30th April at Shoreditch Town Hall, and will be presented by Jazz FM hosts Chris Philips and Jez Nelson.