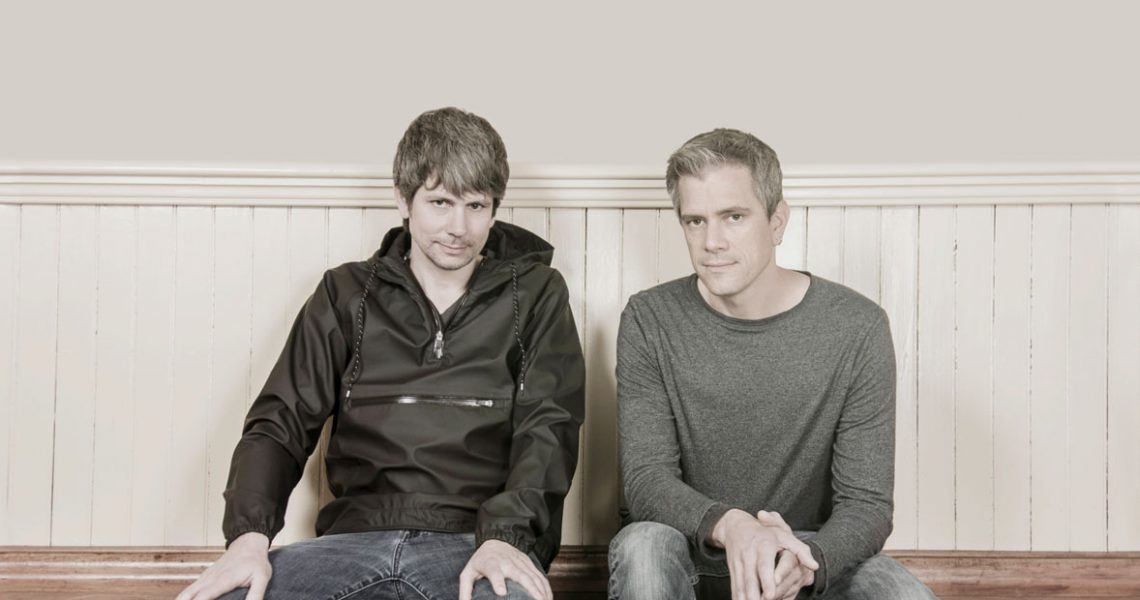 An Interview with the Hazelrigg Brothers.

Recently a good friend tipped me on a great album from the Hazelrigg Brothers. On first listen I was staggered about the quality of this album and wanted to know why we’ve not heard of these great musicians. As it turns out the Trio has been around for some time however this album is their first release.

After reading the press release for the album, I discovered there is far more to the Hazelrigg Brothers than meets the eye. With my curiosity raised, I approached the brothers to find out more. I hope you enjoy this Interview with the Hazelrigg’s where they speak about their new album, their unique approach to recording and a great deal more.

Andrew Read: Thanks George and Geoff for talking the time to talk with us. I’d like to jump straight in and talk about the new CD. In the press release it was said that the brothers had to be “certain that all of the elements required were in place to cut an album of their own.” Can you tell us what you were waiting for?

Hazelrigg Brothers: We spent years recording rehearsals and analyzing what we were playing and how it translated while listening back. That led us down the road of improving our instruments, recording gear and techniques, and altering the room acoustics. In the process of all that, we dialed in our approach to playing the material so that it could be captured in the way that we heard ourselves play: without headphones for monitoring or any amplification of any kind. We knew for a long time that DSD was by far the superior recording format, so we sought out a solution from Tascam, who generously provided us with several DA-3000 DSD recorders which we used to capture the sessions. We had gravitated towards a minimal microphone scheme, and finally struck upon the right setup with two AEA R88 ribbon mics, powered by our own mic pre-amps. In effect, we became the stewards and manufacturers of the D.W. Fearn line of vacuum tube recording gear as a result of trying to produce trio recordings that met our objectives. As you could imagine, that took a long time.

AR: You’ve said that the addition of drummer John O’Reilly was one of the pieces of the puzzle you were looking for. What is it about John’s playing that fit’s so well into your vision?

HB: We had been through several drummers. We had specific ideas about what we wanted to hear from that chair, and it wasn’t until we started playing with John that we felt that it was really working. He is a capable jazz player, to say the least, but we needed more than that. He grew up playing violin, and his father is a notable composer, so he has a great concept on ensemble playing in a more classical-music-oriented way. He does a lot of sessions for artists in a wide variety of musical genres, and he understands how to play what needs to be played and what doesn’t. When we record, the instruments are in close proximity to one another, and he’s able to get a great sound out of the kit without drowning out the bass.

AR: The Album features repertoire not normally associated with jazz that has been re-imagined for piano trio. Can you tell us about your process of selecting the material and when it comes to re-imagining how holy is the original?

HB: Generally, things start with a random conversation, or sometimes even a joke, or one of us plays the riff to a song and we try to figure out what it is. Occasionally, we develop a concept and problem-solve it out. From there, we play the song mostly from memory for a while, without doing much critical listening to the original. It seems that we wind up with the components that draw us into the song the most become the focus of he arrangement. After we have played it for a while, we reference that original recording to see where we’ve made glaring mistakes.

AR: One of the things that struck me when I first heard the album was the amazing sound. Not surprising seeing that you both also have a company that manufactures high end studio equipment. Can you tell us a little about the recording process you used in making the album.

HB: The first thing we do is turn off the computer. It’s a distraction to have a screen glowing in the studio while we’re trying to concentrate on our performance. The only things that draw electricity while we record are the mic preamps and the DSD recorders. We even turn off most of the lights in the studio. As far as the sound is concerned, all of our gear is designed to capture dynamics as faithfully as possible. That’s what you need for a recording that has impact. We can play things that seem impossibly quiet, and they still come through. At the same time, the loud stuff doesn’t distort or feel harsh. We run sessions for an hour and a half to two hours per day so we don’t wear ourselves out. The gear is always set up in the studio, so all we have to do is power it up and we’re ready to go. It’s important to us that the engineering part doesn’t interfere with the playing part.

AR: While recording with just two microphones and bypassing the multi-track process is quite a historical concept it brings with it extra challenges for the performers. Tell us how you dealt with this?

HB: We deal well with limitations. We’re forced to get things right at the start because there’s no fixing anything later. We’re believers in making decisions and sticking to them. 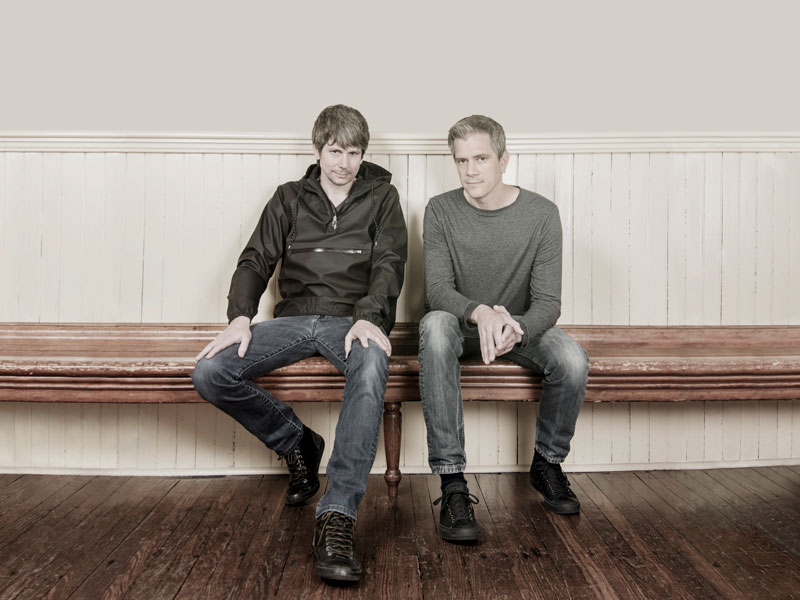 AR: The recording of your album seems to me a rather holistic process. Do you consider your backgrounds in both the audio and the performance side of process an advantage?

HB: We actually see these things as inseparable. Our day-to-day takes us from the shop to the studio and back and we never really see a distinction between the two. It’s all the same process for us. Even with our audio gear that we manufacture, there is performance and creative decisions that go into each product.

AR: As proponents of the audiophile world, how do you see the future of High Res downloads and Streaming?

HB: We feel that High-resolution recording is the only artistically and economically way forward for the music industry. The film and television industries have embraced advancements in quality, and it has paid off. It’s merely a matter of time before the music industry gets on board.

AR: You’re both active not only in the jazz world but also in the early music scene. Jazz and baroque music have a lot in common, Improvisation, swing etc. What are your views on the similarities between both genres?

HB: To us, in a way, it’s all the same. People sometimes speak of things like the “Jazz Tradition” or “Classical Tradition,” but everything came from something that preceded it, so to separate things into boxes doesn’t make much sense. The early music thing informs so much of what we hear in other genres, for example, country music. Bach is like Bebop as far as the construction of lines, and the feel of it, too.

AR: I’ve asked this question a great deal in recent interviews and it’s provoked some rather interesting answers so far, so here I go. What are your thoughts on the state of Jazz music today and where do you see the future of the genre?

HB: We see a lot of creativity out there in terms of the infusion of other styles and repertoire, which is exciting. This offsets some of the more conventional styles that are still the focus in most conservatories. Also, we believe that high-resolution formats will do a lot in the future for more sophisticated types music that require better dynamics in their recordings. The MP3 didn’t do Jazz, or Classical music, any favors. Those things don’t translate as well in compressed formats as, say, EDM does.

AR: Later this month you have some trio dates booked on the East Coast, Can we expect to see the Hazelrigg Brothers live in Europe in the near future?

HB: We are hoping to get to that side of the pond soon.

AR: So to finish up, What’s next for the Hazelrigg Brothers?

HB: We’ve always got projects planned. Last October we did an on-location recording of a Samuel Barber piece that we set with the trio, which should be released in the coming months. We do a lot of session work for other artists as well. Currently we’re practicing and planning for our next full-length album, which we hope to release within the next year.

AR: Thanks so much gents for taking the time to speak with me.