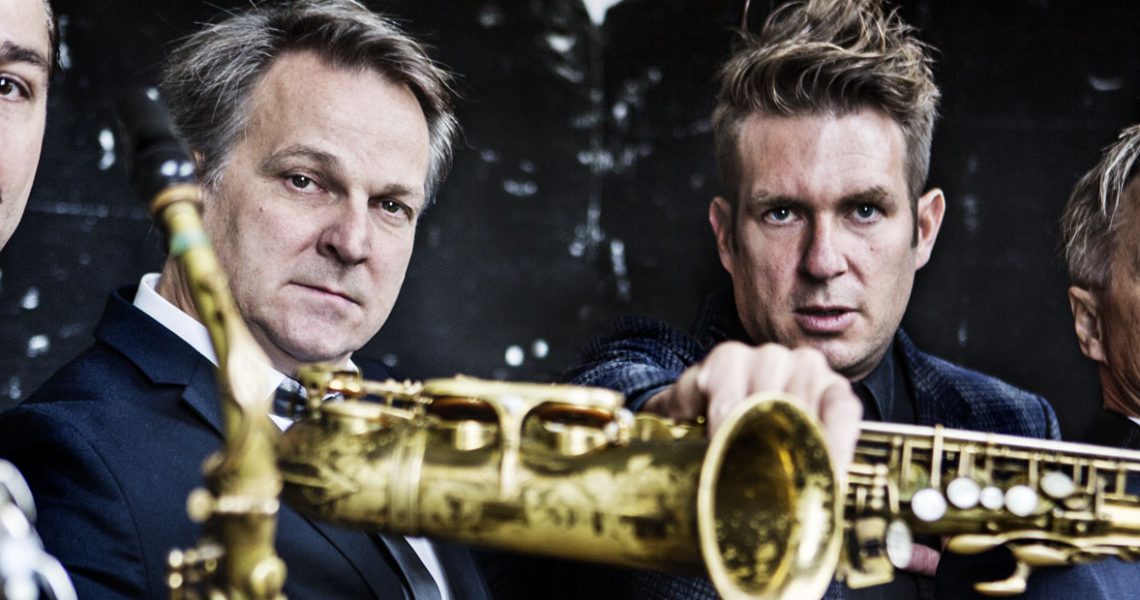 An interview with the Artvark Saxophone Quartet.

The Netherlands based Artvark Saxophone Quartet is one ensemble that can truly be called unique. In the first instance, saxophone Quartets are not the most common type of ensemble in the jazz genre and secondly Artvark is unlike any of the other saxophone quartets that are out there. Consisting of Rolf Delfos (alto sax), Bart Wirtz (alto sax), Mete Erker (tenor sax) and Peter Broekhuizen (baritone sax) they blend their their different backgrounds to form a unanimous, creative and unique sound; the sound of Artvark!

Artvark has performed at major international festivals such as The North Sea Jazz Festival, The Cairo Jazz Festival, The Bohemia Jazz Festival in Prague, Jazz Bruges and toured in Ireland, Turkey and South Africa. The saxophone quartet has engaged in special and remarkable collaborations, such as with jazz legend Peter Erskine, Senegalese master drummer Doudou N’Diaye Rose and the Danish band Efterklang. With the classical soprano Claron McFadden they recorded the ‘Sly Meets Callas’ record and played at numerous prestigious festivals, like ‘Grachtenfestival Amsterdam’ and ‘Rotterdamse Opera dagen’ and toured the theaters extensively. The fifth record ‘Blue Stories’ was the prelude to a big theatre tour of the project ‘Polder Beast’ with the talented actor John Buijsman.

Late in 2017 Artvark released their latest CD “Trance”. After a number of releases with guest artists Trance is a true quartet Album allowing the ensemble to fully explore the possibilities of the format. A perfect time to sit down with the guys from Artvark and pose some questions.

Andrew Read: Thanks guys for taking the time to sit and speak with us. Saxophone quartet’s are quite common in the modern classical genre and rather unique in the jazz world. Can you tell us the motivation behind forming the Artvark Quartet?

Artvark: Forming the quartet came out of pure curiosity, we wanted to see what we could achieve and what we would sound like. At first in rehearsal we covered the great music by 29th Street SQ, the World SQ as well as listening to music of Itchy Fingers from the UK. Soon we found that we had to write our own music to make it really worthwhile and unique for us, we wanted to go as deep as possible.

AR:Personally, when I look at the ensemble and the projects you have produced over the years I think it’s almost impossible to pigeon hole the Artvark Quartet. In fact, I’d have to say the ensemble transcends the limitations of genre. What are your thoughts on this and do you find there is a clash between artistry and the industries need to pigeon hole music?

AV: To be honest, we’re not that much interested in the question how to pinpoint our music or in which niche we fit. We simply try to always write and make the best music we can. All influences of the music we love can be translated to the quartet format. One of our albums is called ‘Sly Meets Callas’: Sly Stone meets Maria Callas. We recorded this album with the phenomenal classical soprano Claron MacFadden. The whole spectrum of funk, blues, jazz and spoken word is to be heard on this one. There are no boundaries as far as being able to use our imagination in writing and playing.

Editors Note: Showing the bands jazz chops is this video during a collaboration the quartet has had with Peter Erskine and Dutch Bassist Eric van der Westen.

AR: You play in many different performances spaces and to a very diverse audience. How do audiences that may not be familiar with the sound of a saxophone quartet react.

AV: Often people come up to us at concerts and say the didn’t know what to expect. We hear things like, I thought we would miss the rhythm section or what can you achieve with 4 saxes. When we perform we don’t think of this, when you hear us play, In the beginning you may hear 4 saxophones however after that you only hear music.

AR: You all have strong backgrounds in the jazz scene both in the Netherlands and internationally. I can imagine that performing with the quartet requires a different approach than performing in more conventional jazz settings. What are the main differences you see performing in a quartet setting as opposed to other formats?

AV: It is very intense to play in a saxophone quartet like Artvark. No rhythm section means always have to be alert and focused, there’s a lot of responsibility to each other. There’s no way you can hide or lean back. That’s a big difference from playing in a ‘normal’ band, however on the other hand this is what makes a successful Artvark concert twice as rewarding. After a concert, most of the time we need some time to ‘land’, as we’re often wasted both mentally and physically.

AR: When I first read the quartets biography I was taken the opening statement “Away with chairs! Away with music stands! Artvark moves! Artvark meanders through musical traditions and slides across the stage according to an improvised choreography.” – How important is theatre in an Artvart performance?

AV: We always play our music by heart, so no sheet music on stage, haha. This enables us to really concentrate on the music, each other, the groove, the sound, breath, dynamics, etc. There are no chairs on stage, that’s correct. We constantly move to be able to hear on stage what we want at a certain moment. When three play a background for instance and one is playing a solo, the three group together and the soloist stands a bit apart. The result is a natural choreography: the people see what they hear.

It’s not something we discuss or rehearse. Every venue has different acoustics, which means our movements differ from place to place. When we write and make a project meant to be played in theatres, we are very aware to make use of the possibilities theatres offer.

Also when possible we bring our own sound engineer. He has to be top notch. In ”Homelands”, an afro-jazz project with Cameroonian singer Ntjam Rosie, we had an artist with us who drew visuals on a big screen, reacting on the music. We love this project and still play it when the occasion is there.

AR: Let’s move on to the new album. I read that with “Trance” the quartet strived to find a new direction and “conceive one big story instead of many separate pieces each with their own character and sound.” First of all, could you fill our readers that may not yet be familiar with the album in on the story and where did the concept come from?

AV: Our latest ‘solo’ project is called ‘Trance’ indeed, a 50 minute piece, one big story if you like. It was our wish to make a piece like that, after what we had done so far. The big goal is to keep the attention of the people throughout the concert. To our surprise almost everywhere the response has been fabulous: audience and quartet both in one big concentration bubble. The music is quite cinematic, the listeners can sit back and join us on this journey and make up their own images.