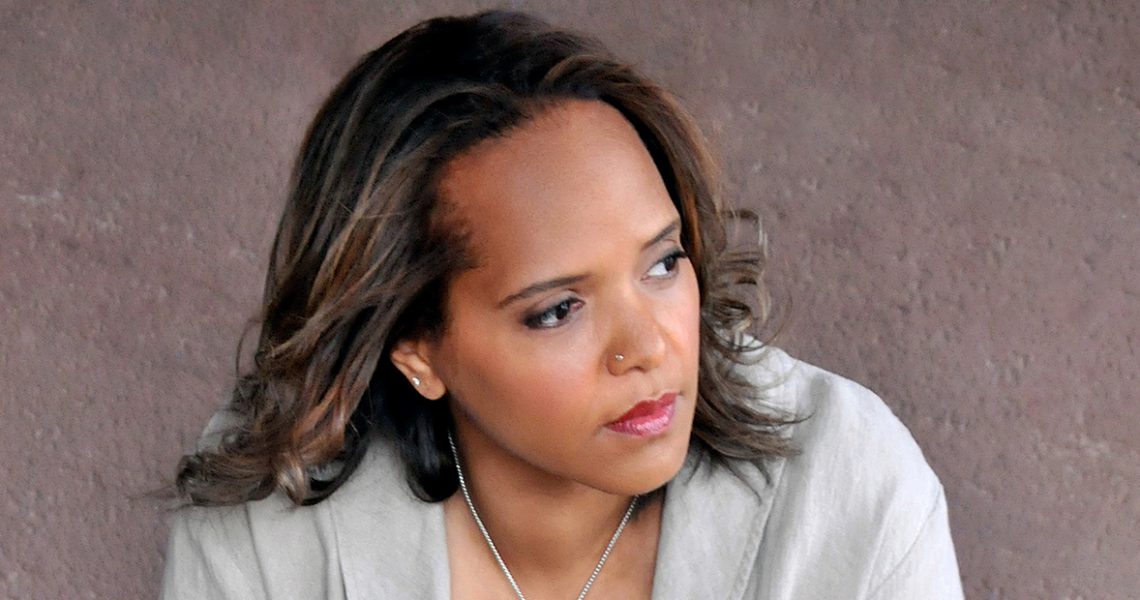 Terri Lynne Carrington is a Grammy award winning drummer, educator and producer and was the first woman to win the Grammy for Best Jazz Instrumental Album. She has worked with an extensive and highly impressive catalogue of outstanding artists – Wayne Shorter, Al Jarreau, Stan Getz, Esperanza Spalding, Chaka Khan, to name a few and has won three Grammys in total so far. She is passionate about educating young musicians and it was a great pleasure to speak to such an inspirational role model.

FR: You were the first female artist to win a GRAMMY for Best Jazz Instrumental Album and previous winners in this category include Count Basie, Chick Corea and Herbie Hancock, among others. I imagine you were immensely proud of this, but also maybe frustrated that this was the first time a woman had won?

TLC: Absolutely. You just nailed it. When I was nominated, I didn’t realise I was the first until later and yes, I was proud to be that person, but I couldn’t believe that not that many women are even nominated, let alone win – especially when I consider how many great records have been made. And even looking at other categories in Jazz, there are a lot of nominations, like vocal, but not so many wins for women.

FR: Does this take some of joy of winning away from you – are you able to enjoy it?

TLC: Well, yes, I am able to enjoy it, but this was before this moment of consciousness that’s happening right now. People thought, sincerely, that the record was deserving and it wasn’t like ‘no women has won, so we have to change that, make sure a woman wins’. So, on one hand, I feel good as a woman, that the record was good and competitive – and I won – but on the other hand, there are all these other issues that we need to look at and address to bring more equity into our industry.

FR: You were mentored by the great Jack DeJohnette. How was this experience?

TLC: Well it was really him and Wayne Shorter and Jack I started hanging out with when I was about 18. His family just kind of embraced me and as a mentor it was more than just music and with mentoring you learn more about life, business and I got a lot of things – and this is an apprentice based art form so it’s important to have strong mentors and people that will point you in the right direction. There’s so much information, so many things, it’s impossible to know everything and at a young age, even just musically, there are so many people to discover. Mentors are important to point out the missing links and also to have someone to bounce ideas off of. Jack was all of those things. He opened me up musically. I was pretty much just a jazz head. I loved be bop, hard bop, pretty much anything hard core jazz. I went to my first classical concert with Jack – a string quartet – and he just opened me up musically.

FR: You said in a previous interview that “I feel it is our job as artists, to carry out the responsibility of reporting, commenting and even educating, about what is going on in the societies we are a part of – regarding humanity, politics and anything else that affects our freedom or life condition. When we choose to be passive, we’re choosing an easier route, but complacency has its consequences.” Using art as a social weapon, wow, I love that. How do you feel you have achieved that or how are you trying to achieve that in your own work?

TLC: I think about an awareness of how many great female musicians they are and have been – and most of them, are not new. With ‘The Mosaic Project’ I just kind of did it as a statement to celebrate these great women even though I have never been a fan of all female situations but I did that record and it was successful and I toured with it – and I always integrate it – because I believe if art reflects life, then we have to integrate it in that way. So, I think without trying to, without directly saying that I am trying to make a political statement, that project did make a social statement, in a way. But I wasn’t really setting out to do that.

FR: And what would you hope to see today’s musicians do to help change and develop the culture?

TLC: It’s exposure. I have a lot of students at Berklee, and when they come to a class, these are the things we talk about. We talk about what is happening in society, how we are part of it and how we are part of this system and we have a choice. I think the more you are aware of these things, the more you put it in your work. Bringing awareness to young people is important – without preaching.

FR: You wrote an amazing article ‘Sexism In Jazz: Being Agents Of Change’ and your experience in the industry has clearly not stopped you being motivated or inspired to succeed. Many people may have given up – what was it that gave you the strength?

TLC: Actually, I have come to realise, more recently, that it’s tiring. You have to keep grinning when people are around and that’s ok because people have done that for me, but it’s really tiring. Everyone is at a heightened awareness and if I talk to someone who is not, I really feel obligated to explain to them why all of this is so important. But sometimes, you just want them to educate themselves. It’s not my job to educate some people, you know? But then on the other hand, I am passionate about the situation, and you want to, without being judgmental, show them where their faults are – quite often people say that they just haven’t thought about it – and at this point, if you haven’t thought about it, then you are part of the problem, even if you mean well. But this problem with gender equity, I don’t see this changing completely until men really realise they have to mentor women to bring balance and equality. These are the conversations I have.

FR: You have worked with many amazing musicians Herbie Hancock, Wayne Shorter, Al Jarreau, Stan Getz, David Sanborn, Joe Sample, Cassandra Wilson, Clark Terry, Dianne Reeves etc. Are there any of these experiences that stand out to you?

TLC: It’s hard to say, I have learned from them all. I have to say Wayne Shorter has been particularly important to me. He has been such a mentor – musical mentor, life mentor – and I have played with him in many settings. Herbie Hancock has also been a huge influence on me for some of the same reasons. Esperanza has been great as she has a very different approach and amalgamation of style that makes her original sounding. Al Jarreau – he taught me how to play with singers.

TLC: My new project is called ‘Social Science’ and is overt and will be dealing with all kinds of themes from the election in the US, racism, gender equity and all those things and I guess this project will be my most ‘social weapon’ project to date. There were two things that really inspired me to start this project – the election and some of the police shootings and brutality over here – and they were the two first songs that I wrote about. I’m just finishing it up now, not sure when it will be released. We’ve all been writing music and that part is great.

FR: Thank you so much for taking the time to talk to us.

Find out more about this Artist here:  Terri Lyne Carrington