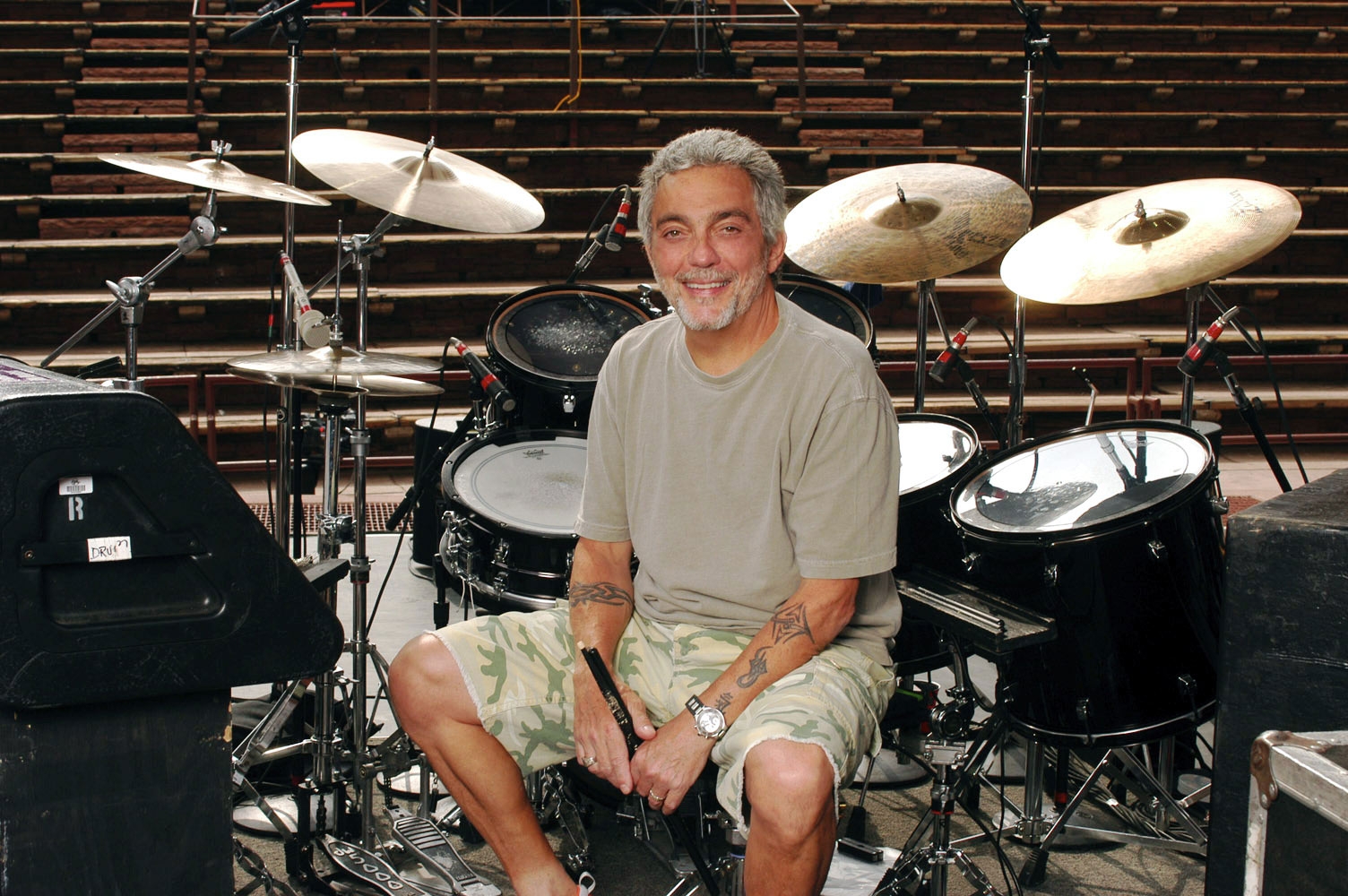 “Well, you have to give everything’ Steve Gadd

Very hard to write an appropriate introduction to an article about the mighty Steve Gadd as for many, he literally needs no introduction. But for those of you who do need one, here you go:  Steve Gadd is one of most influential drummers of all time. The incredible list of musicians he has worked with, is so large, you must download it as a pdf on his website (it’s a 20-page document starting from 1967, ending with his current work 2018): Chick Corea, James Taylor, Paul Simon, Al Jarreau, Aretha Franklin, Chet Baker, George Benson, Stanley Clarke, Quincy Jones, Weather Report, Rickie Lee Jones – there really is too many to mention. He is quite simply a legend.

FR: In preparation for my interview with you, I spoke to a lot of drummers and asked them what they would ask you if they had the opportunity. A common theme appeared. ‘Ask him if he is actually human or if in fact if he is God’ So on behalf of all the drummers out there Steve, are you God?

FR: But on a serious note, you are a huge inspiration to many and a significant role model…..

SG: That’s really very flattering, and surprising but I am very grateful for that. I just try to play what I’ve heard other guys play before me, if you know what I mean – I’ve only tried to emulate other guys and it’s been a great ride for me. It is humbling and sort of surprising to me and ha, unbelievable and it’s kind of hard to explain.

FR: If some asked who is Steve Gadd, what would you hope they would say?

SG: That he’s a nice guy and that he gives and shares and loves playing music with other people and sharing that love.  I guess that’s what I would hope they’d say. It’s hard to know what other people would say, but I am grateful for the fans and the people that listen to me.

FR: You sat in a session with Dizzy Gillespie at the age of 11. How was that experience?

SG: Yes, there was a club in town that used to bring in big name musicians, and it was a small club, my family would take my brother and I there to hear music and a lot of these artists would let young kids sit in with them. So, Dizzy was one of them, Gene Krupa was another – a lot of great musicians were great to young musicians and very supportive and encouraging.

FR: I can’t imagine that at the age of 11, you understood the magnitude of that, at the time?

SG: Well it was just a jam session really, and as a kid it was a great way to charge your battery and you know, inspire you to keep playing – very encouraging. So those musicians, along with my family, were very supportive.

FR: I saw in a previous interview when someone asked you about the changes in the music industry, you said that people worry about the vision and they should just get back to listening and the words will become more important. What do you mean by that?

SG: I think what I was saying is that music has and is going through a lot of changes. It went from when people were just playing and listening to each other, where now video is a big part of it – the visual is a big part of it. I didn’t mean to say it should be one or the other, there are just two different ways of doing it now. There are still the people that just play, and play in clubs, but there are also people who are inspired by what they see on TV and X factor – you know what I’m saying? It’s a whole other ball game. It’s not good or bad, it’s just different.

FR: X factor? I wasn’t expecting you to mention that! Ok, so, what are your thoughts on the music reality shows?

SG: The people that are doing it are really good at what they do but those sorts of things don’t exactly include people like me. It’s more of a young people thing, where people dance and sing, they look great – it’s just a whole other ball game. I’m intrigued by it and the people that do that have a lot of technique and they can cover a lot of ground. If I think about starting out today, if I had to do that, I don’t know, it would be a lot different to what I did.

FR: You have and do work a lot with Chick Corea, more than any other artist and you obviously have great chemistry together. What is it that draws you to work with him? 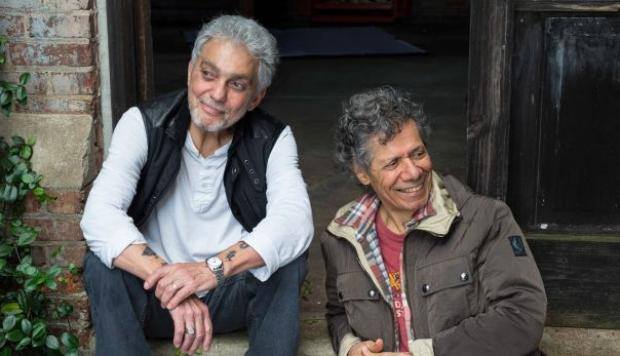 SG: I love his playing. I love his writing – and he has been an innovator ever since I met him. He has always stood out and been ahead of the game – and someone I could learn from. He continues to be that and continues to grow musically and write great. Those are the kind of people I learn from.

FR: So, with all the amazing people you have worked, you still feel that learning is part of your journey?

SG: Well, yes. You’re constantly learning – how to play the music correctly, how to deal with the sound system, learning how to get along with people, learning how to play new things, inspired by hearing other guys – yes, it’s constant. I love playing music. I love the drums. I’ve met some great people in this field and it’s been a great ride for me.

FR: Many people talk about you being a ‘feel’ drummer and I understand you had some tap dancing lessons, when you were younger.  Would you say your tap dancing has influenced your playing?

SG: Yes, I think anything you do rhythmically, for being a drummer, will have an effect on you. My brother and I did it for a lot of years when we were kids till we went to high school, it was fun and we had a great time. I love the art of tap dancing. I don’t consider myself a great tap dancer but I am inspired by guys I grew up listening to – Sammy Davis Jr, Gregory Hines – great guys. They were inspiring. They just felt it and it was inspiring to me.

FR: You have worked with a dream list of artists. Is there anyone – dead or alive – that you would still like to work with or wish you had?

SG: You know, I don’t really think about that stuff. I’m grateful for the people I have worked with and I love listening to the people who are no longer with us – they continue to inspire me. I just try to appreciate what’s there and be grateful for that.

FR: If you were in a studio and someone said – just play a groove, anything – what would you play? Do you have some favourite grooves?

SG: It would be something different dependent on the moment – and it isn’t about what I do, it’s about what I do and how I fit in with the people I am playing with. The groove is an agreement between the guys that are playing – and there’s a lot of different grooves and once you lock them in, to me, they all feel good in different ways. It’s when you can just lock it in and everyone is feeling the same thing – it’s a special thing. That’s what’s good about it – it’s not the groove itself, it’s the agreement of all the guys that are doing it, that makes it special.

FR: Looking back on your career, is there anything you would have done differently?

SG: Well, if I had it to do over again, I would probably not do the drugs and the partying. But I don’t look back and think about things like that. But if I had choice, I wouldn’t do the partying. Everything that happened to me is a part of what I am today. That’s the way I look at it. I don’t look back and feel bad about things I have done, but if I could go back and changes things, it would be something I would try to avoid.

FR: Thank you so much for taking the time to talk to me Steve, it has been a true pleasure and an absolute honour.

SG: Thank you so much for asking to talk to me!