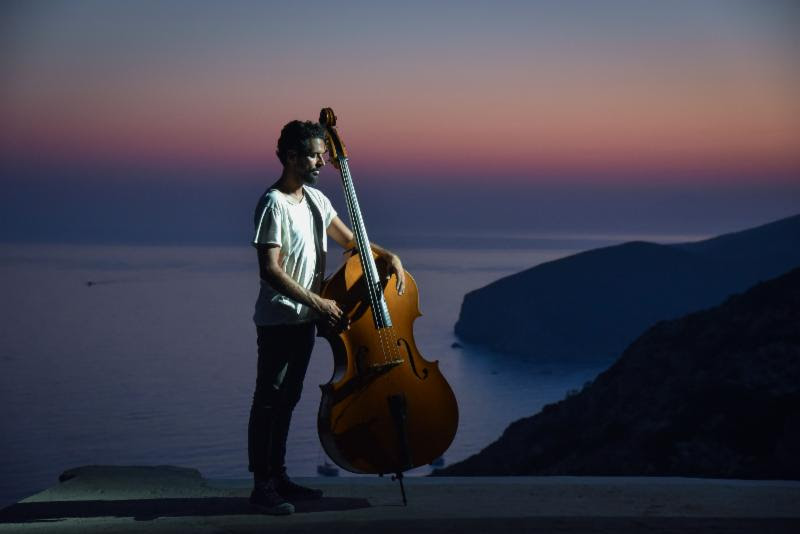 Each episode of Rooftop Stories, so far filmed in Athens, London, and now, Havana, Cuba, takes place at a location of special importance to Klampanis. Some of these cities represent past homes while others represent recent travels.

In each location Klampanis has had the privilege to discover the landscape as well as that particular population’s way of living. Every song and video is inspired by the unique character and culture of the region it is filmed in.

Klampanis stated “Rooftop Stories is an idea that has lived in my mind for quite a while. It is the product of two things that I love: music and travel. This project has allowed me to expose my approach to solo bass, complimented by vocals, ankle bells, a loop pedal, as well as the use of electronic effects every now and then. Rooftop Stories is a work in progress. I’m immensely happy to share it with you so you can join me on this journey.”

The third Rooftop Story comes from La Havana, Cuba’s vivid capital. Klampanis had always been fascinated by the music and culture of this part of the world. He went on to say, “The way that Western and African civilizations merge in Cuban music is truly inspiring. For me, and I know that it may sound somewhat cliché, Cuban music symbolizes the joy of life, a love for dancing and communication, and the equality and dialogue that exists between social groups in this unique society.”

The Bassist/composer has absorbed many influences over the course of a varied musical life journey. Mediterranean and Balkan folk music of his native Greece, classical studies in Athens, Amsterdam and New York City, and jazz from his work with Greg Osby, Jean-Michel Pilc, Shai Maestro, Oded Tzur, Antonio Sanchez and Ari Hoenig on the NYC jazz scene.

Klampanis recently released his third album as a leader titled Chroma. This album marks his debut for Motéma Music and explores the colors of human character, inspired by world events and personal experience. “Chroma”, the Greek word for “color,” masterfully employs a full spectrum of sonic colors to paint an introspective and emotionally daring artistic statement. His first large ensemble project melds the animated expressions of the composer’s jazz quintet (piano, bass, drums, guitar and percussion) complemented by lush, classically-arranged strings to create a near symphonic work of modern jazz.

Petros Klampanis is on Tour in Europe with his Trio and performing solo concerts during March and April. Tour Dates are as follows:

More Information on the Rooftop Story project and his latest album “Chroma” cab be found at his website.