Lee Konitz on tour in Europe. 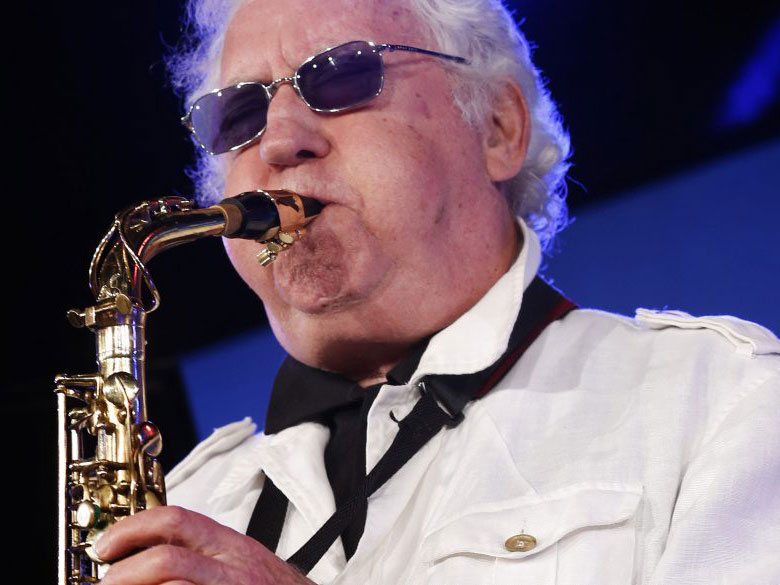 At age 90 Lee Konitz is truly a living legend of Jazz. At an age when most people are sitting back enjoying the view from God’s waiting room, Konitz is still active touring the world. Later this month Lee will be back in Europe for a number of concerts in the UK, Germany, Spain and France. Joining Lee on the tour will be German pianist Florian Weber together with long term Konitz compatriots, New York based bassist Jeremy Stratton And drummer George Schuller.

Lee Konitz was born in Chicago in 1927 and has enjoyed one of the most creative and prolific careers in modern jazz. After early experience with the Claude Thornhill Orchestra (arranged by Gil Evans), Stan Kenton’s Orchestra, the innovative small groups of pianist Lennie Tristano, and the Miles Davis Capitol Orchestra, Konitz turned freelance and has remained on the cutting edge of post-bop improvisation ever since.

He has occasionally led a nonet and various quartets, but his exceptionally large and varied discography also includes an early unaccompanied saxophone solo album, several innovative albums of duets that spanned jazz styles, and collaborations which reads like the “who’s who” of the Jazz world. Lee Konitz is the only still active musician to have played all three ever existing Birdland clubs in New York City.

Like Gil Evans or Coleman Hawkins, Lee is always open and interested to play with young musicans and participates in exciting new musical projects co-lead by them (like the Lee Konitz New Nonet or the Lee Konitz-Ohad Talmor String Project). Konitz was named “Alto Saxophonist“ of the year by Downbeat Magazine (critics poll) numerous times. In 2008 Lee Konitz was named an NEA Jazz Master in the United States.