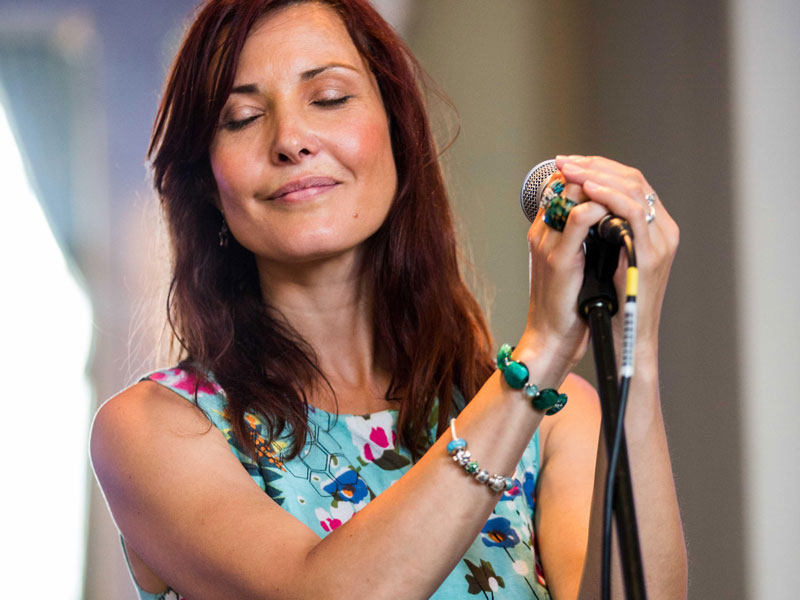 Jo Harrop pays tribute to Peggy Lee at the 2018 edition of the Burton Agnes Jazz & Blues Festival. The sultry songstress who was described by Duke Ellington as ‘The Queen’ and by Sinatra as ‘regal’.

Peggy Lee (1920–2002) was one of the great figures of American popular jazz, and had a career spanning six decades. Songs featured in the show include Lee’s ‘Fever’, ‘Why Don’t You Do Right’ and ‘The Folks Who Live on the Hill’. Peggy Lee, unlike most singers of her generation, also distinguished herself as a songwriter, penning ‘It’s A Good Day’, ‘I Love Being Here With You’ and ‘He’s a Tramp’, which featured in the Disney film ‘The Lady And The Tramp’. Lee also delivered a moving acting performance in the film Pete Kelly’s Blues.

Durham born jazz singer Jo Harrop has a voice that is warm, intimate and sincere. Absorbed throughout her childhood by records and stories from Billie Holiday, Anita O’Day and Julie London, it was Peggy Lee who inspired her to sing. She is no stranger to performing at the top clubs and radio stations, notably garnering praise from luminary composer Howard Blake OBE and jazz pioneer Courtney Pine CBE.

The Burton Agnes Jazz & Blues Festival, which began in 2007, is uniquely set in one of the UK’s finest Elizabethan stately homes. Over twenty five bands provide a weekend of Jazz and Blues from a main stage on the manicured lawn, and inside the ornately carved Great Hall.

Fifteen generations have filled Burton Agnes Hall with treasures, from magnificent carvings commissioned when the house was built in 1598, to French Impressionist paintings, contemporary furniture, tapestries and other modern artwork in recent years. Simon Jenkins, author of ‘England’s Thousand Best Houses’, described Burton Agnes Hall as ‘the perfect English house’ and as one of England’s twenty finest houses, alongside Windsor Castle, Buckingham Palace and Chatsworth House.

More artists will be announced during the coming weeks as they are added to the line-up of this unique boutique festival, which has grown year on year and is now firmly established within the festival calendar. Please visit their Facebook page to be kept up to date.

Tickets for the full weekend, and day or evening only tickets, are available now at early bird discounted prices via the website.

You can also buy tickets by phoning the estate office weekdays 9am to 5pm on 01262 490 324 or by visiting Burton Agnes Hall and its courtyard shops.