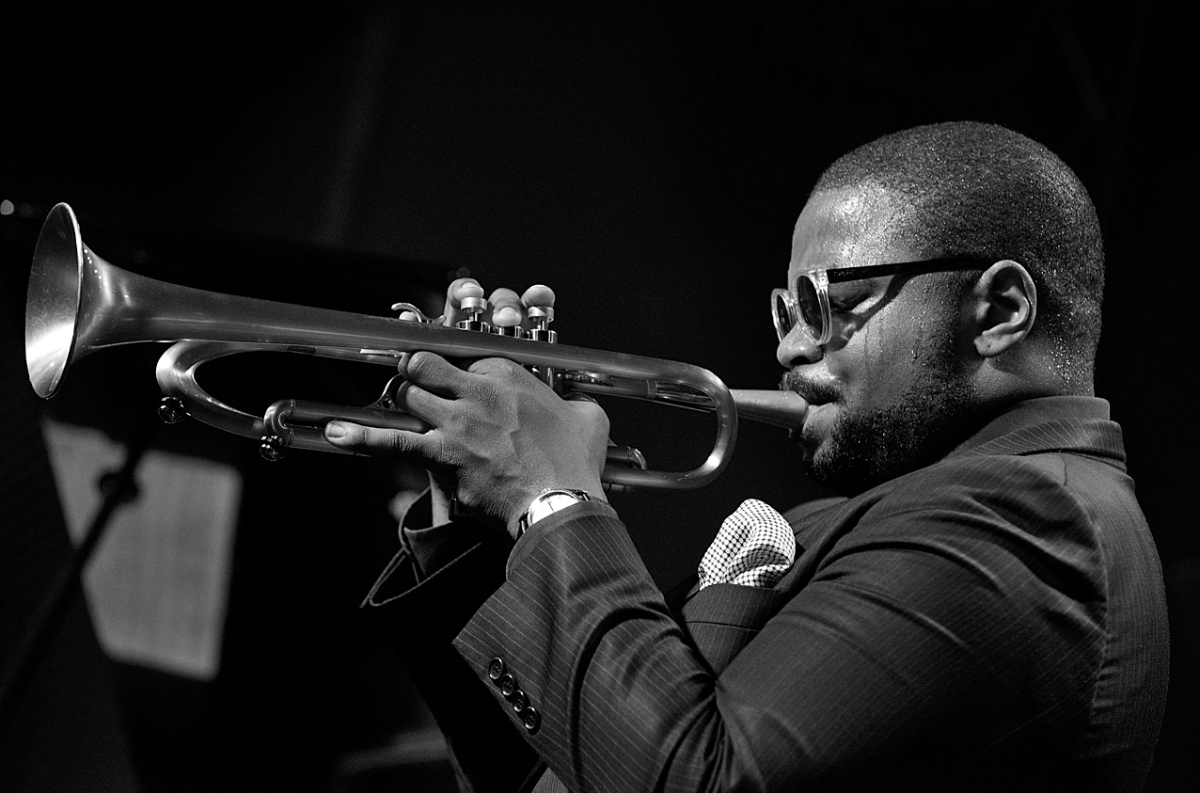 New York based musician Jeremy Pelt is a forerunner among American trumpeters with an easily recognizable and powerful voice. He has solidified his position as one of the best in a new generation of remarkable musicians. He comes from the unique American tradition that reached its peak with Miles Davis, Freddie Hubbard and Woody Shaw and has continued to influence jazz ever since. He will be accompanied by Victor Gould on the piano, Richie Goods on the bass, Jonathan Barber on the drums, and Jacquelene Acevedo on percussion.

Pelt frequently performs alongside such notable ensembles as the Roy Hargrove Big Band, The Village Vanguard Orchestra and the Duke Ellington Big Band, and is a member of the Lewis Nash Septet and The Cannonball Adderley Legacy Band featuring Louis Hayes. As a leader, Pelt has recorded ten albums and has toured globally with his various ensembles, appearing at many major jazz festivals and concert venues.

Pelt’s recordings and performances have earned him critical acclaim, both nationally and internationally. He has been featured in the Wall Street Journal by legendary jazz writer and producer, Nat Hentoff, and was voted Rising Star on the trumpet, five years in a row by Downbeat Magazine and the Jazz Journalist Association. Pelt is currently touring throughout the United States and Europe in support of his latest release, “Make Noise!” (Highnote rec. 2017).

For a preview see this video of Jeremy and his quintet live at the Blue Note in Milan in 2016.

Jazzhus Montmartre is a leading jazz club in Copenhagen, Denmark and can trully be described as “legendary”. Many of jazz’s most iconic figures throughout the genre’s history have performed and recorded at the venue. The Montmartre was initialy located in Dahlerupsgade, then from 1961 on in Store Regnegade and finally moving in 1976 to Nørregade 41 before closing down in 1995.

The re-opening of Montmartre in May 2010 was initiated by media executive and entrepreneur Rune Bech together with jazz pianist Niels Lan Doky (who after eight months was replaced as music director by saxophonist Benjamin Koppel as of February 2011). The former proprietor of the original historic venue, Herluf Kamp-Larsen, was present at the re-opening night. When the premises became vacant after many years as a hairdressing school, Bech and Doky jumped at the opportunity and reopened Montmartre at its original location. Restoring the club became a labour of love for a dedicated group of volunteers, out of love for jazz and the history of Montmartre, which has often been called “The Village Vanguard of Europe” in homage to its legendary sister club in New York.

If you can’t make the concerts in Copenhagen you can also catch Jeremy at the following venues: