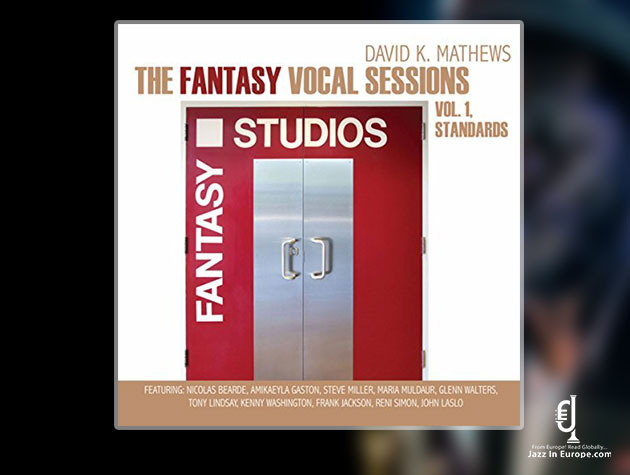 David K Mathews worked as Etta James’ pianist for nearly 20 years and has twice stepped into Chester Thompson’s shoes – firstly in Tower of Power and then (and currently) for Santana. He has worked with a dream list of musicians and is now bringing us his own project ‘The Fantasy Vocal Sessions, Vol 1’. He has certainly created his own shoes.

Having interviewed David K Mathews prior to reviewing this album, I had a much deeper insight into this album than I have had for any of my previous reviews. I have to say this had a significant impact on my experience listening to the album. David spoke of wanting to create an album with people he loved working with, the huge influence of Etta James and wanting to almost return to an ‘old school’ way of making albums. No rehearsals, just a group of musicians getting together to play some great music.

The band is wonderful: Wayne de Silva, Jim Nichols, Peter Barshay, Akira Tana, Carl Lockett and of course, David K Mathews on piano. Beautifully played throughout by all. Versatile solos, engaging support where needed, everything you want it to be and more.

David K Mathews worked with Etta James, as her pianist for nearly 20 years and he said that her presence is felt on this album. This is very true, although it is a little hard to describe and in some ways, I don’t even want to – you just kind of feel it and the musician in me, says don’t analyse it, just go with it, but the academic in me wants some kind of definition. So I shall explore a few of songs and try to explain.

The whole album contains 13 standards, some of which you would expect and a few you wouldn’t. I was drawn to Alfie, as this is a song that to me, brings to mind Cilla Black and cockneys – I have even heard rumours of Cilla Black’s version being included in the British Citizenship test – and I was very surprised to see it had a place on this album. Burt Bacharach and Hal David themselves are quoted as saying they were worried they’d have trouble writing a convincing song about a man with a silly name. There have been many versions of this song and I was quite curious to see what this version would bring to the table.  Amikeayla Gaston, who David K Matthews describes as ‘a fearless improviser with a beautiful spirit’, is superb, and brings a wonderful combination of vulnerability and strength to the song – and this is one of the examples of how Etta James presence is all over this album. We all look back at some of the great Jazz legends, explore their suffering and the impact and influence it had on their music. You cannot help but think that Etta James would agree with the lyric ‘until you find the love you’ve missed you’re nothing’, beautifully delivered by Amikeayla Gaston in this performance. Simply stunning. 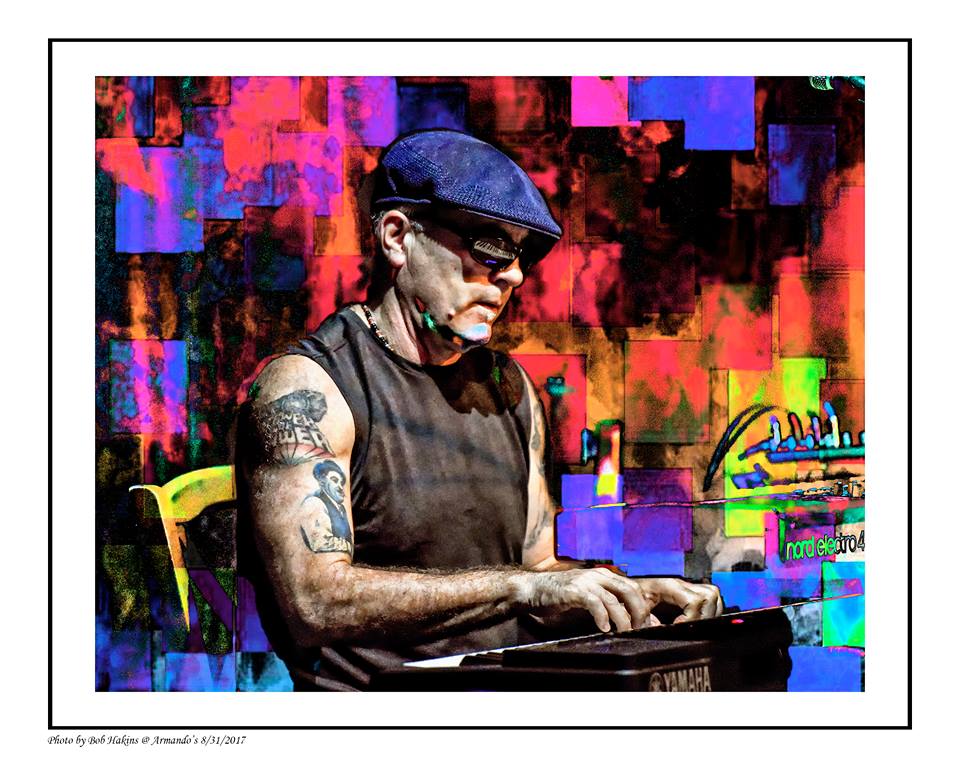 The More I See You features Frank Jackson, who sadly passed away only a few weeks ago at the amazing age of 91. His story is significant and when I spoke to David K Matthews, the respect and love he had for Frank Jackson was clear. Not only was he an amazing vocalist, he worked as a pianist with Charlie Parker, Coltrane and spent his time hanging out with Count Basie, Miles Davis, Billie Holiday, Duke Ellington and living that ‘Jazz life’ we read about and try to imagine. I was truly ashamed that I had not heard of him until now. He carried on gigging and in fact his last performance was in January – he sounds like such a legend. His performance on this track demonstrates his pure love for singing. The way he uses his voice to play with the notes, sliding with finesse, subtle dynamics and being vocally playful at times in addition to the maturity of his voice, add to the whole experience. What a joy is must have been to have been in the studio while this was being recorded. For me, this track sums up David K Matthews intentions for the whole album project perfectly.

This album lovingly and honestly draws you into the old-school world of Jazz with a truly exceptional group of musicians. Wonderful arrangements, versatile performances with an underlying feeling of mutual respect and tradition by all involved. What an absolute pleasure to review.