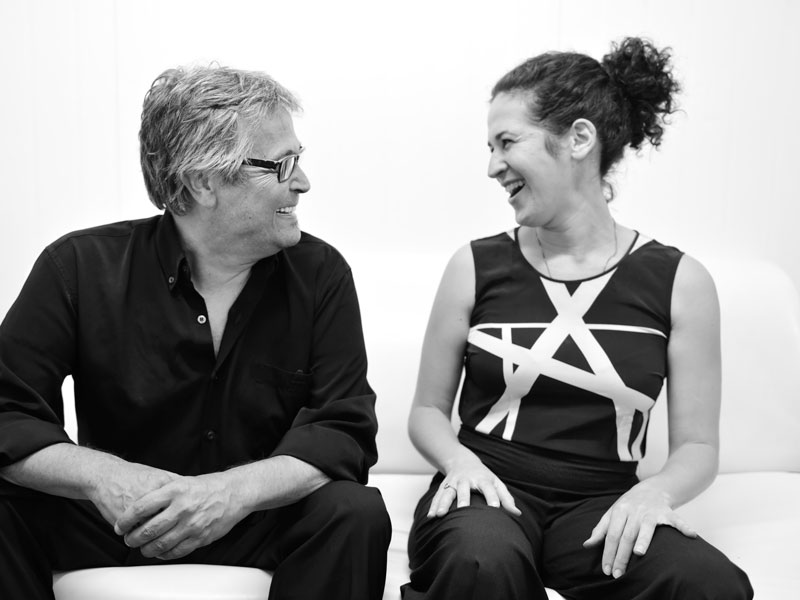 Spanish pianist, Chano Dominguez teams up with Israeli Flutist Hadar Noibeg for a number of concerts in Europe later this month. Performing at Porgy and Bess (Vienna), Moods (Zurich) and the Unterfahrt (Munich) the duo will play a set of music the is inspired by the rhythms and traditions of their respective homelands.

Chano Domínguez is one of the most in demand jazz pianists and composers currently on the the scene. His interpretive talents are highly sought after, working with an extensive range of colleagues such as Paco de Lucía, Enrique Morente, Jorge Pardo, Carles Benavent, Martirio, Wynton Marsalis, Paquito d’Rivera, Jack DeJohnette, Herbie Hancock, Jerry Gonzalez, Gonzalo Rubalcaba, Michel Camino, Chucho Valdés, Joe Lovano, and George Mraz, among others.

In a career spanning almost 40 years Chano has achieved an unusual integration between the rhythms and languages of jazz and flamenco, creating a unique style that places him among the top musicians practicing this art-form. His music has been played by many different ensembles and orchestras such as the Jazz at the Lincoln Center Orchestra, WDR Big Ban in Cologne, Orquesta Nacional de España, Orquesta Nacional de Latvia, Orquesta de Cámara del Vallés, and the Orquesta Nacional de Costa Rica. In 2016 he was nominated for his fourth Grammy, this one a Latin Grammy for his latest release “Bendito”.

Hadar Noiberg is a ASCAP award winning flutist and composer. Her New York based trio has had tremendous success performing at major festivals and venues in Europe, USA, Canada, Taiwan and Israel. Noiberg fuses styles seamlessly. Flowing between Jazz and World Music, she has established herself as a new innovative voice in the Jazz and World Music scenes.

In a recent interview with Jazz In Europe (To be Published this coming Friday) Hadar said of the Duo project with Charno, “We found a lot of similarities in these Mediterranean musical cultures as well as in the way we both feel music and started meeting and examining new ways of interacting and using our musical languages to create something new. After some meetings we both knew that we have a special connection and decided to create this duo project.”

More Information on Charno Dominguez and Hadar Noiberg can be found at their websites.

Editors Note: Watch out for a full Interview with Hadar Noiberg here on Jazz In Europe. Hadar talks about here, new release “Open Fields” that will be released on 28 April, her Duo project with Charno Dominguez and her up-coming European tour’s with Charno and her Trio.