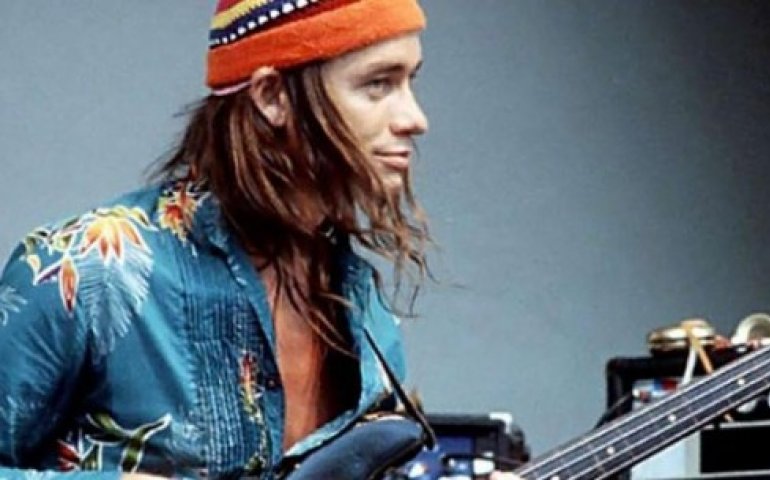 Back in April 1988, Pat Jordan published an article in GQ Magazine titled “Who Killed Jaco Pastorius?”. What’s interesting about this article is that it was written six month’s after the iconic bassist was murdered at Age 35. To the best of our knowledge that article has not been available online in it’s entirety. However, good news, yesterday the article was published in full by thestacksreader.com. This article gives some detail about Jacco’s last days on earth and his mental state at the time. A good read for all Jacco fans. Here is a snippiet of the article.

The full article is available at Stacksreader.com:

He was just another bum bleeding to death in an alleyway at four o’clock in the morning. He lay motionless on the concrete, as if sleeping, his tangled shoulder-length hair ringed by a halo of blood. He lay there peacefully for a while, in the darkened alley in a strip shopping mall in Wilton Manors, Florida, on the morning of September 12, 1987. He was less than an eighth of a mile from a police station and only a few feet from the Midnight Bottle Club, the Bread of Life health food store and a religious supply store with a sign in its window: “God Loves You.”

When the police arrived, a woman from the bar was kneeling beside him, wiping the blood out of his mouth so he would not drown in it. She looked up and said, “Jaco’s hurt.” One officer bent down and massaged the man’s shoulders while the other looked for witnesses. Only the bar’s bouncer came forward. Luc Havan, 25, a Vietnamese refugee, said that the man had tried to kick in the bar’s door after he had been denied entrance because he was drunk and abusive. When the bouncer chased the man down the alley, the man threw a glancing blow at him. The bouncer shoved him and he fell backward, hitting his head on the concrete. That’s all there was to it, the bouncer said.

The police report listed the cause of injury as a “blunt trauma to the head.” His skull was fractured. Bruises were everywhere. Both eyes were swollen shut. There was massive internal bleeding. Prior to the incident, he had been an “at-large person,” a vagrant with no known address or visible means of support. Over the past four years, “the victim” had been arrested in and around Fort Lauderdale many times for being drunk and disorderly; for resisting arrest during an argument with his second wife; for stealing patrons’ drinks and change at jazz clubs; for driving a stolen car around and around a running track; for breaking into an unoccupied apartment to sleep; and, finally, for riding naked on the hood of a pickup truck.

“So, you see,” said the investigating officer, “the victim was not unknown to us. Still, no one deserves to die like that. He was beat to hell. He died for no reason.”