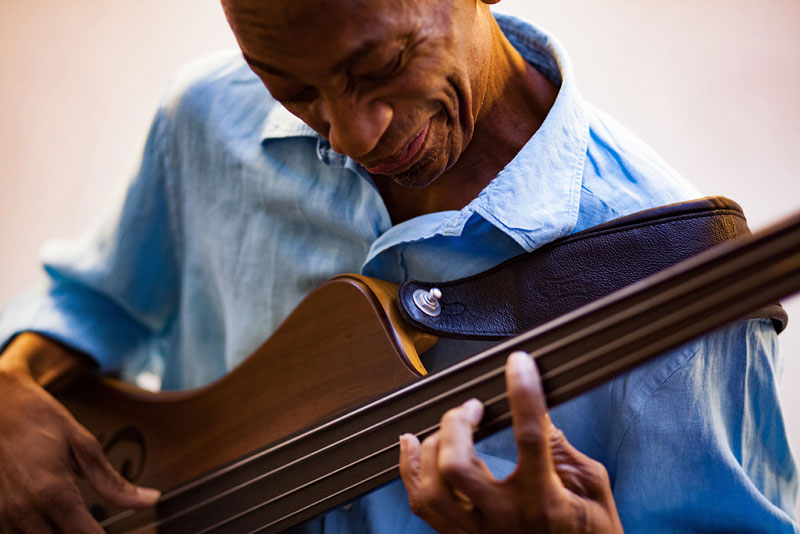 In December 2017, bassist Reggie Washington released his latest CD “Rainbow Shadow Vol 2”. Since the release the CD has met with great critical acclaim (see review on this platform). To support the release of the album Reggie and his band will play a select number of European dates at some of the continents major jazz venues.

The Tour kicks off in Berlin on the 8th of February at the Zig Zag Club. Following this the band will play concerts in Belgium, France and Spain.

Originally from New York, Reggie Washington was a key participant in the Modern Jazz revolution of the 80’s and 90’s. His list of credits include touring, recording and performing musicians as Steve Coleman, Branford Marsalis, Roy Hargrove, Chico Hamilton, Oliver Lake, Cassandra Wilson and Lester Bowie to name just a few. He has been described as a versatile, 360-degree jazz musician who is equally at home in the Funk, R&B, Blues and World.

In 2005, Reggie began touring with his own projects and in 2006 he released his first album as a leader. Since then Reggie has released four albums as a leader and led projects collaborating with both American and European musicians including Ravi Coltrane, Gene Lake, Stéphane Galland, Jef Lee Johnson, Erwin Vann, David Gilmore, Jacques Schwarz-Bart and EJ Strickland.

Rainbow Shadow Vol 2 is the follow up to Reggie Washington’s successful 2015 release “Rainbow Shadow Vol 1” and is the continuation of his tribute to legendary guitarist and singer/songwriter Jef Lee Johnson who died prematurely of complications from pneumonia and diabetes at age 54.

The album features Reggie’s current band with Marvin Sewell – Guitar, Dj Grazzhoppa – Turntables and Patrick Dorcean on Drums who (with the exception of Marvin Sewell) will also accompany Reggie on his tour.

On the tour the band will be joined by David Gilmore (Wayne Shorter, Steve Coleman). Reggie stated when asked about the addition of David Gilmore to the line-up “We have shared the stage together with many great artists and also our own projects over the last 30 years. His mastery of the instrument & knowledge of “Rainbow Shadow – A Tribute to Jef Lee Johnson” makes him a perfect fit.”

Full tour dates are as follows: