Postmodern Jukebox To Tour UK In Support Of New Album 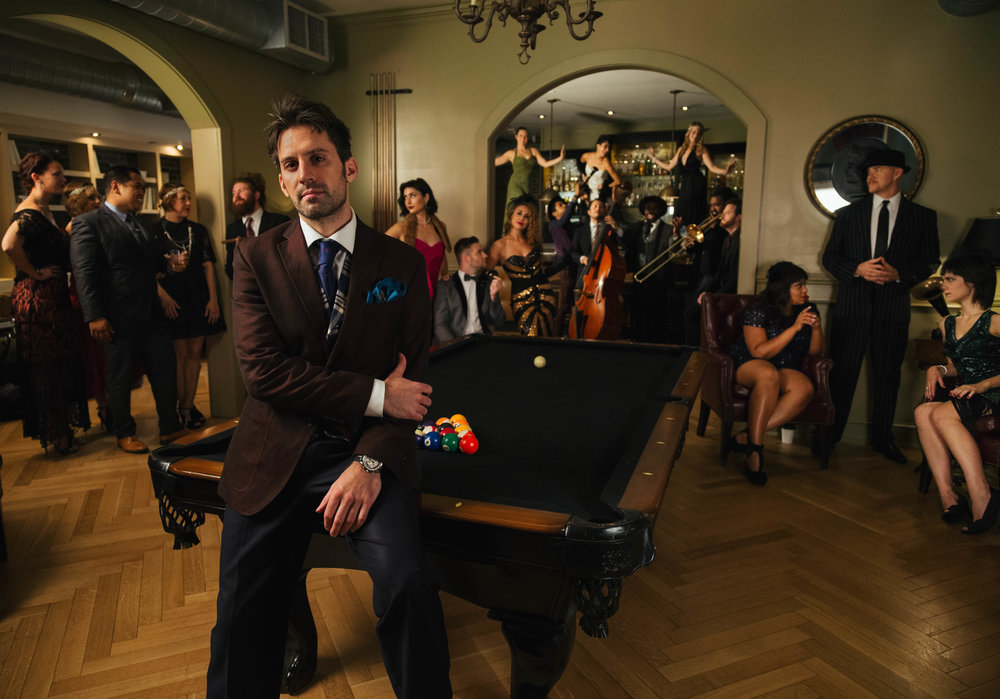 Scott Bradlee’s Postmodern Jukebox, the powerhouse pop-jazz phenomenon that has toured the world on the strength of its extraordinary music videos and huge followings on YouTube and Facebook, will tour the UK throughout February and March in support of its first live album. Entitled The New Classics, the 12-track CD is set for release on February 16th via Concord Records and Postmodern Jukebox Records.

PMJ originally found massive success online, with videos that find inventive new ways to put creator Scott Bradlee’s trademark vintage twist on modern pop hits. But it’s onstage that the project has really come to shine, with the band and its rotating cast of multi-talented singers and musicians playing hundreds of shows to sold-out houses across the globe, from intimate standing-room gigs to large-scale, theatrical extravaganzas. After one recent show, MusicInsight.com raved, “Go see Postmodern Jukebox. Stop whatever you’re doing, right now, and go see them!”

That “anything can, and will, happen” vibe is fully captured on The New Classics, which features lively performances of a wide range of reimagined hits in the party-like atmosphere that has come to characterize the band’s shows. These include everything from the grunge rock of Soundgarden’s “Black Hole Sun” to the feud-fuelling pop of Taylor Swift’s “Bad Blood,” from Cyndi Lauper’s classic ‘80s ballad “Time After Time” to the disco anthem “I Will Survive” – all given their own time-warping twist.

The unique result of pianist/arranger Bradlee’s novel concept has generated over three million subscriptions to PMJ’s YouTube channel since its 2013 inception, not to mention over one million Facebook likes and nearly 850 million views.

The PMJ live experience is never the same twice, with new songs, new sounds, and new members added to the ever-growing family each time around. “It’s one thing to be in your living room and making videos, but to interact with both the cast and the audience really makes our music come to life,” Bradlee says. “This first live album is not only representative of our work, but it’s completely unique in the sense that if you’re new to PMJ, you’ll love it for exposing you to an amazing new universe, and if you’ve been part of our community for years, you’ll relive that night when you first saw us.”