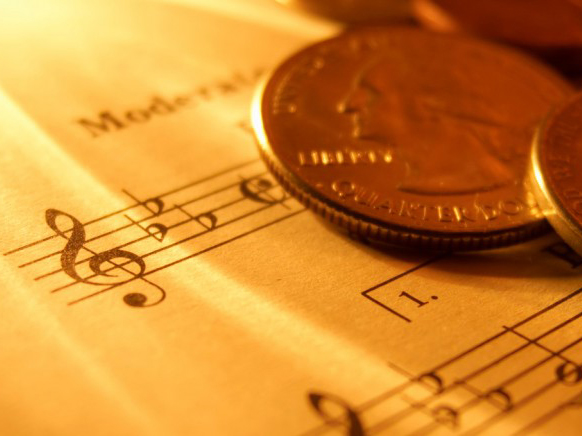 Following a landmark ruling the U.S. Copyright Royalty Board (CRB) confirmed its decision concerning the compulsory mechanical royalty that which will be distributed to writers for 2018 – 2022 from on-demand subscription streaming services. This decision is the result of a trial that took place between March and June of 2017 with the National Music Publishers Association and the Nashville Songwriters Association (NSAI).

This decision will see the distribution of mechanical publishing royalties distributed to songwriters and publishers increase by 44%. The ruling includes a significant increase in the overall percentage of revenue paid to songwriters from 10.5% to 15.1% over the next five years – the largest rate increase in CRB history.

In addition the CRB also removed the Total Content Cost (TCC) cap. The NMPA says this will “give publishers the benefit of a true percentage of what labels are able to negotiate in the free market resulting in significantly higher royalties for songwriters.”The decision also provides for a “Late Fee” forcing streaming platforms to make the payment of mechanical royalties a priority.

“Crucially, the decision also allows songwriters to benefit from deals done by record labels in the free market. The ratio of what labels are paid by the services versus what publishers are paid has significantly improved, resulting in the most favorable balance in the history of the industry. While an effective ratio of 3.82 to 1 is still not a fair split that we might achieve in a free market, it is the best songwriters have ever had under the compulsory license.

The court also decided in our favor regarding a late free which will force digital music services to pay songwriters faster or be subject to a significant penalty. The bottom line is this is the best mechanical rate scenario for songwriters in U.S. history which is critically important as interactive streaming continues to dominate the market.

The decision represents two years of advocacy regarding how unfairly songwriters are treated under current law and how crucial their contributions are to streaming services. While the court did not grant songwriters a per-stream rate, the increases in overall rates and favorable terms are a huge win for music creators.”

Streaming platforms have long advocated that they are not responsible for the payment of publishing royalties as these are based on replication and streaming does not replicate the content as it’s delivery method. This defense has has been overruled by the courts and has led to the introduction of the The Music Modernization Act that deal’s to some degree with the issues faced by songwriters and music publishers.

Israelite’s last statement is significant as the ruling in effect fails to deal with “Ad Supported” streams. As long as the rate base remains “Revenue” in place of “per-stream” rights holders who will be under-compensated by platforms that offer a free tier. This would impact the business models of Spotify, Pandora and cause some raised eyebrows to say the least within YouTube who generate more music streams per year then the rest of the platforms together.