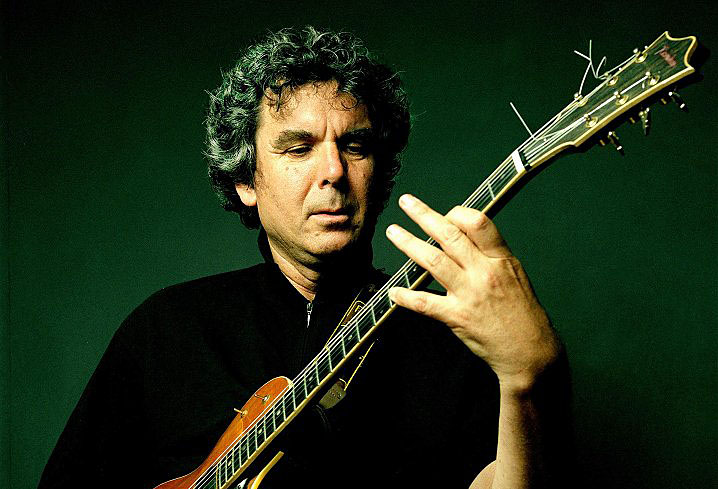 John Etheridge is an iconic figure on the UK jazz scene. John first came to prominence in the mid 70’s with the classic fusion band “Soft Machine”. During the same time – demonstrating his remarkable and now well-documented versatility – he also spent a number of years touring with the celebrated swing jazz violinist Stéphane Grappelli.

In recent years he has been busy performing and recording as a solo artist and with his own bands, notably the “Zappatistas” (his tribute to Frank Zappa), “Sweet Chorus” dedicated to Stéphane and “Soft Machine”, with whom he still appears.

A master guitarist he includes work with the likes of Dizzy Gillespie, Tony Williams, Yehudi Menuhin, Pat Metheny and John Williams on his extensive CV. The Blue Spirits Trio John is leading at the 606 Jazz Club is a classic guitar-led jazz organ trio (guitar, organ and drums), drawing on his vast reservoir of musical experience spanning over 40 years at the very top of his profession, and showcases the bluesier side of John’s musical repertoire.

The band features Pete Whittaker on organ, a superb accompanist as well as soloist. John said regarding Pete “He grew up in Wolverhampton went to uni in East Anglia got a degree in music and developed an interest in electroacoustics. He bought a Hammond and a van, (not sure in which order) and started playing with everybody.

In demand drummer Nic France, whose drive and invention is well documented, will round out the trio. This is unquestionably live music at its very best.

More information and tickets at the 606 Jazz Club website.