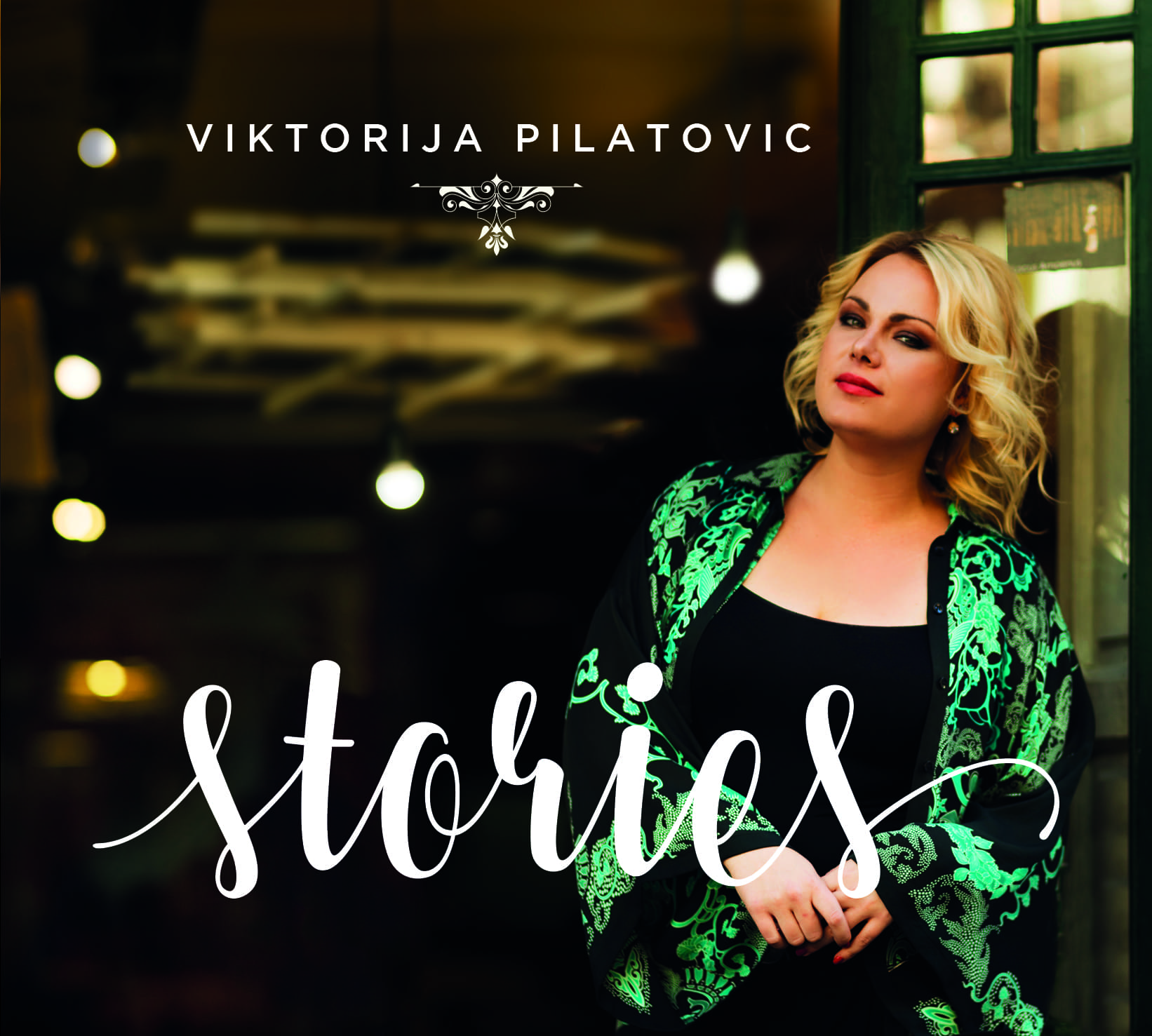 Lithuanian jazz vocalist and composer Viktorija Pilatovic’s has shared the stage with an impressive lineup of musicians from around the world –  Victor Wooten, Victor Mendoza Gene Jackson and Robin Eubanks, to name a few – and she has performed at the prestigious Montreux Jazz Festival as well as the Vilnius Mama Jazz Festival.

Viktorija explains that her new album ‘Stories’  ‘is inspired and dedicated to people I have met while living in Lithuania,The Netherlands, Spain and Ecuador. Each song represents a certain state of mind. Music has helped me to express and capture those elusive moments in a gentle way’.

It must be said that the geography we cover by exploring her new album, is quite something. The new album was recorded in Spain with mainly Spanish musicians (Israel Sandoval, Perico Sambeat Alberto Palau, Ales Cesarini and Mariano Steimberg) and mixed in New York and  Viktorija’s songs were written Ecuador, The Netherlands, Lithuania and Valencia – you get the feeling you are going on a worldwide tour before you even start listening!

The whole album, with the exception of one track (Nice Odd) has a relaxing and calming feel to it, mainly due to Viktorija’s well trained vocal style, with a cohesive theme that holds everything together well. The vocals suit the writing perfectly and Viktorija’s emotional intent for the album, are demonstrated well, not only through her vocal style but also through her wonderfully descriptive lyrics. Special mention to the pianist Alberto Palau who’s performance on this album shows supports where needed and absolutely shines when the occasion arises.

Question Me is Viktorija’s favourite track from the album and features some gorgeous sax from Perico Sambeat. You can hear how much she enjoys singing this song – there is an evident ease and relaxation to her vocal and her lyric  ‘I will lose myself in this sensation’ really does sum up quite clearly her emotions during this song.

New 2 written in Ecuador and about prohibited and unconditional love, is my favourite from track the album. With a definite theatrical feel to it at times, the variety of this song, kept me engaged throughout.  Opening with a subtly sexy groove with a Latin tinge, it occasionally leads us somewhere slightly unexpected. Half way through the song, this groove takes us into a wonderful vocal scat section with some nice vocal harmonies that work really well, leading us seamlessly into a gorgeous piano solo from Alberto Palau – and the piano is very strong throughout.

Stories of England I was intrigued with, as Viktorija has said it has nothing to do with her own experience of England, so I was very curious as to why it was titled in such a way. It is based on a story that she was told, the lyrics say ‘he shared with me stories of England’ so the song is about the impact these stories had on her rather than a direct experience. This song has a very understated, gentle bluesy feel about it, very simple arrangement and instrumentation – very nice.

Nice odd is fascinating as it is a track that Viktorija wants to evolve and include on her future recordings, which is an interesting concept. It is very short at 2 mins, but quite different from the rest of the tracks on the album. An irregular time and an almost psychedelic feel to it at times, with some synth sounds that have not really appeared at any other point in the album. ‘Nice odd’ is the truly perfect title for this track. It is oddly placed in the context of the album, but it’s not actually a problem and you do genuinely want to know how it will develop in the future. It is nice and yes, a little odd but in a good way.

On your knees has some gorgeous guitar from Israel Sandoval and the lyrics in this track – ‘hiding tears, while you’re on your knees, trying to survive that cold feeling’ – exemplify the heartfelt emotions expressed throughout the album.

As a classically trained pianist who moved into studying vocal jazz, Viktorija’s album is well placed in this genre. The whole album is very well executed, with good arrangements and she really has achieved what she out to. Superb musicians that support each other collectively, with the opportunity to shine occasionally – and they do. I believe Viktorija has described her own album perfectly, as it really does ‘capture those elusive moments in a gentle way’.