Op-Ed: The Cold War and the Re-Politicization of Jazz. 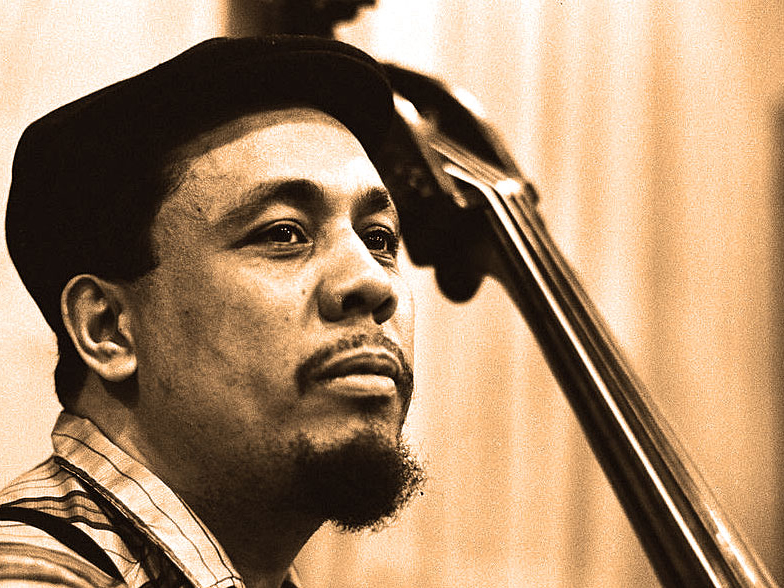 Just before Christmas Chris Brubeck (Son of Dave Brubeck) tipped us on an article By Billy Perrigo published in Time Magazine. The article looks at the post WWII tours organized by the US State Department with the goal of winning the Hearts and Minds of Middle Eastern and Eastern European citizens at the beginning of the of the Cold War. This is an interesting article on multiple levels.

In the article Perrigo states “The State Department hoped that showcasing popular American music around the globe would not only introduce audiences to American culture, but also win them over as ideological allies in the cold war.”

Later in the article he goes on to say “In that moment, the U.S. and the USSR both saw themselves as models for developing nations, they were in fierce competition to win the hearts and minds of the world.” Adam Clayton Powell Jr., a congressman with close ties to the jazz community, first suggested the concept of sending jazz musicians around the world on state-sponsored tours in 1955.

As Perrigo points out, and I have to agree, there is a certain amount of Irony in this whole project when looked at from a 21st century perspective. With the introduction of BeBop, jazz music ceased to cater to popular audiences and instead became solely about the music and the musicians who played it and had symbolically aliened it’s self with the Civil Rights Movement.

Apart from Dave Brubeck most of the musicians sent out to spread the word of freedom and the American Dream were African American and certainly not enjoying either of these aspects of American society in their home country at the time. In the mid fifties of the last century segregation was rampant in the southern states; the civil rights movement was yet to gain momentum. The country was in a state of paranoia in the form of McCarthyism. These were not good times for African American jazz musicians in the U.S.A. in Fact it was at this time that many American jazz musicians fled to Europe where society was far more accepting.

Why these musicians cooperated with the State Department is in my mind a mystery and an issue that is addressed by Hugo Berkeley, the director of a new film, Jazz Ambassadors, premièring in the U.S.A. on PBS in the spring. Dizzy Gilespie, the first of the Jazz Ambassadors to be dispatched, according to the article refused to be briefed by the State Department before the first concert stating “I’ve got 300 years of briefing, I know what they’ve done to us and I’m not going to make any excuses.” 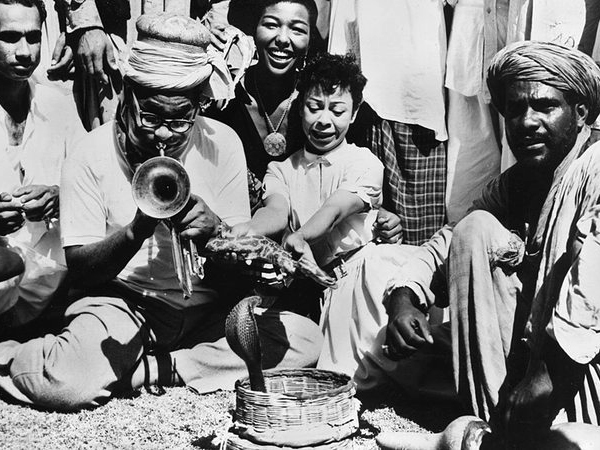 So today we ask the question, why is this relevant? With the current state of Politics being what it is, the issues of racism and exclusion could not be more relevant. One of the trends we’ve seen in the jazz world in 2017 has been the re-politicization of Jazz. This is nothing new, Jazz was often seen as subversive art form and musicians used their voice to highlight issues that would have been unheard of in the mainstream media of the time.

Take for instance Charles Mingus’s Fables of Faubus, written as a protest against the segregationist Arkansas governor Orval E Faubus who, in the late 1950s, was refusing to enforce the law and allow the state’s schools to teach black and white students side by side. Billy Holliday’s Strange fruit whose lyrics are an extended metaphor linking a tree’s fruit with the lynching of African Americans in the south.

Drummer Max Roach was also outspoken. With his 1960 album “We Insist! Freedom Now Suite” featuring his wife at the time, and fellow activist Abbey Lincoln. The title of the work represents the heightened fervour that the 60s brought to the civil rights movement as protests, counter-protests, and violence mounted.

John Coltrane, was deeply spiritual and believed that music was a vehicle for the message of a higher power. Coltrane became involved with the civil rights movement in 1963, the same year the Dr Martin Luther King gave his “I Have a Dream” speech. Coltrane played a number of benefit concerts in support of Dr. King and the civil rights movement. The track “Alabama,” which was released on “Coltrane Live at Birdland” in 1964, was notable both musically and politically. The phrasing of Coltrane’s lines are based on the words Martin Luther King spoke at the memorial service for the girls who died in the Birmingham bombing.

These are just a few examples and for those who would like to read more on the subject there have been many books published that deal with the issue. One book I would recommend taking a look at Frank Kofsky’s book Black Music, White Business: Illuminating the History and Political Economy of Jazz. While this book does not deal directly with these issues it points out the struggles of jazz musicians dealing with a largely Caucasian industry.

Towards the end of the 1960’s and into the seventies jazz became somewhat normalized into society. Usually, steadfast classical educational institutions began offering jazz education and the genre began to be seen as part of the American Heritage, some would say, Americas Classical Music. The seventies also was the decade where jazz began to cross over into the rock/ pop world and become somewhat commercially sanitized. The civil rights movement had caused huge ruptures to open up across America, and jazz musicians were struggling for a means to express those feelings.

By 1975 the Vietnam War had ended and growing economic prosperity had in some way caused the genre to lose its voice of social comment. In my opinion this has remained (albeit with some exceptions) largely the status quo up until the present.

In the 80’s and 90’s the mantel of social comment was passed to a new genre that finds its origins in jazz, Hip-Hop. From its onset in the 1980s and throughout the 1990s, Hip-Hop culture was either ignored or criticized by politicians on both sides. In the 1990’s there was one cultural idea that seemed to have bi-partisan support: that “rap music was a symptom of the destruction of American values.” Sound familiar! Is this now the home of social comment?

Under America’s first African American president, multiculturalism – essentially a more ethnically divisive update of the American ‘melting pot’ myth – was celebrated by broad sections of the political and cultural establishments. But despite the existence of a black middle-class, the economic situation of the White and African American working class was far more severe than it was in the 1960s-70s.

With the rise of populist leaders giving a voice to segments of society that had long been relegated to realm’s of the politically incorrect and fuelled by inequitable wealth distribution, nationalist thought and racism has once again reared its ugly head. Once again we have started to see the Jazz world finding its social voice and speaking out.

In 2017 we’ve seen a plethora of albums released that include some form of social comment, some more successful than others. I particularly enjoyed Reggie Washington’s latest album that included a sampled Donald Trump with some of his most ridiculous statements worked into mix. This would be one of the more creative examples.

John Lewis, published an article in the Guardian focusing on the politics of Jazz at the 2017 EFG London Jazz Festival. In the article Lewis speaks about the performance by trumpeter Christian Scott writing “Scott tells a story about how his grandfather – a chief of Native American and African American ancestry – would empty his family’s house of food and take it to feed the destitute of New Orleans. For Scott, this sacred act was a lesson in the importance of responsibility for everyone that moved beyond tribal identity politics. “There’s no point in saying Black Lives Matter if you’re not going to give a shit about the gay community,” he says. “In all these cases, silence is betrayal.” It’s an ideological manifestation of the open-minded “sonic politics” that seems to define jazz today.” 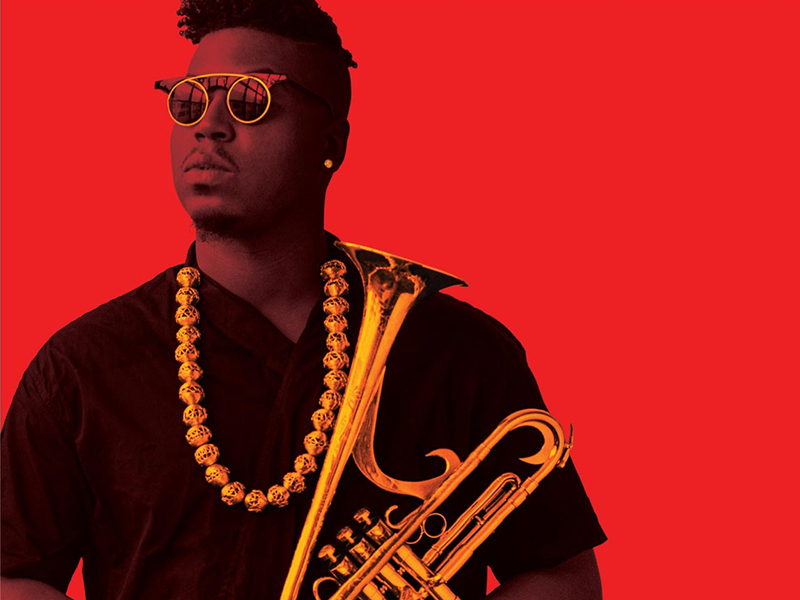 The theme of this year’s Berlin Jazz Festival celebrated diversity. Artistic Director, Richard Williams stated in his forward to the festival that “In 2017, Jazzfest Berlin will demonstrate that this music, while retaining its precious African American core, welcomes all those, whatever their origins, who respond to a spirit that celebrates the right to be different, to challenge orthodoxies and to find ways of working with others.” A strong statement from a city that has known the impact of walls.

In a recent interview I did with Miles Davis alum Jason Miles, I asked him what his thoughts on the issue of Jazz and Social comment, he said “n the US We are all so fractured and divided these days. Music and Jazz in particular should be a strong voice – the Arts and artists always lead the way – we need that more than ever.”

I agree, with Jason and would like to finish by posing the following question. In this day of Social Media, Fake News and a mainstream media divided along partisan lines what impact will social comment from Jazz (and the wider cultural) community have and will this translate into positive action? In essence I think I’m asking: Are we still relevant as social commentators? Time will tell.

I’m looking forward to see what develops in 2018.