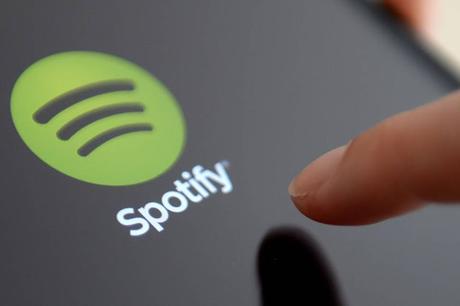 “We’re not making any judgment about the accuracy of the claims made in the piece, but the contributors platform is intended as a place for commentary based on the established factual record, not original reporting. If anyone were to dispute your account of the meeting in question, we wouldn’t be able to verify or stand behind the quotes.”

Recently we published an article focusing on the Wixen Music Publishing 1.6 Billion law suit against Spotify. In the article I tried to put this action into context as I was sick of seeing Ill informed comments from musicians on Social Media in regard to this news. The issue is far more complex and comments as “Fuck Spotify” are not helpful and show a lack of understanding as to how the music industry works in 2018.

Now that said, I have to admit I’m all for streaming, it’s the way of the future, however there are problems. The main issue is the level of payment content creators and rights holders receive for propagating the streaming platforms with the content these services NEED to exist.

The article the Huffington Post removed titled “Spotify’s Fatal Flaw Exposed: How My Closed-Door Meeting with Execs Ended in a Shouting Match” was penned by artist advocate Blake Morgan and he summed up the problem in a clear and succinct manner. Morgan wrote in his introduction:

What I don’t love is how little musicians get paid for all that streaming. It’s not fair –– not even close. What’s more, middle-class music makers are the ones who are hit hardest, whose businesses are threatened, and whose families are put at risk. So how can I be against the way streaming companies treat musicians but not be against streaming itself?

The same way I’m against the electric chair, but not against electricity.”

Morgan went on to expose the way Spotify executives see their platform and the fact that they were not awear that their product was MUSIC!

The article was based on Morgan’s personal account of a meeting he attended with Spotify Executives. I recommend reading this article as in my opinion, it’s right on the mark.

As musicians, we should not be fighting streaming, we should be leveraging the power that streaming provides and at the same time insisting that the platforms compensate creators for their content.

To finish, I would like to add one caveat. Let’s not turn this into a “Bash Spotify” session, they are not the biggest problem. That honor goes to Google and their platform YouTube. It’s here that the majority of music is streamed and also here that the least amount of royalties are paid.

Editors Note:
For those unaware, Blake Morgan is known not only for his music as a solo artist, and for the label he runs, ECR Music Group but also for his inspiring editorials on HuffPo. He also founded the website irespectmusic.com and created the hashtag #irespectmusic.