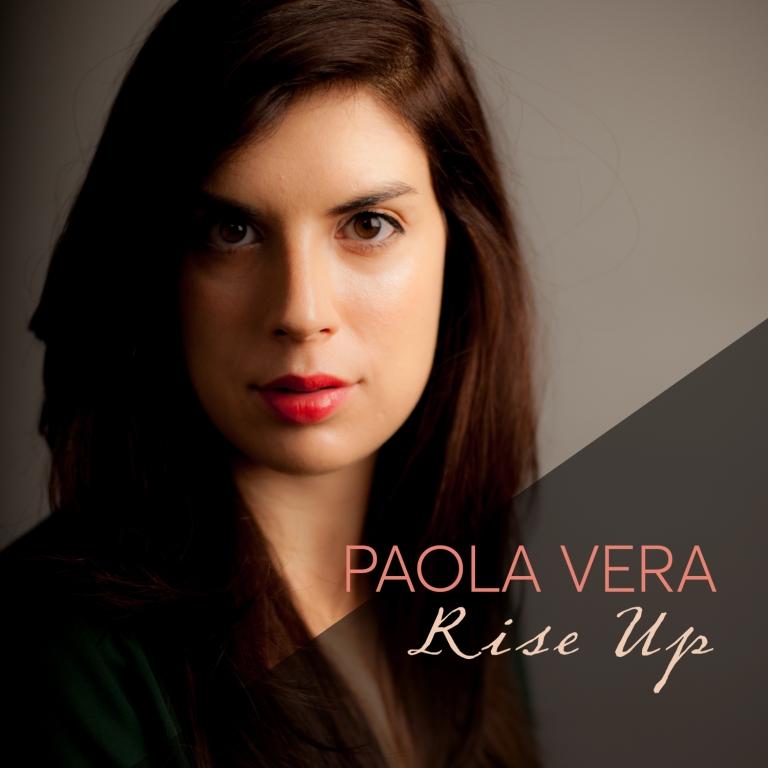 ‘Rise Up’ is a funky, soulful anthem about female empowerment. Read what Paola Vera has to say about the motivation for her new single, and what keeps her strong as she handles the complexities of being a 21st century musician, mother, wife and educator.

There has been a lot in the press recently about women, especially with the women’s marches last year and  Hollywood  – it sounds like you are touching on the same themes?

Well it seems like the world is beginning to see that these inequalities are still raging. I feel like women are beginning to wake up and are starting to say ‘Hey! this is bullshit!!’. That’s what my single ‘Rise Up’ is all about.

Tell us about that…

It’s all part of this global female awakening. I felt it is important for women to have an anthem that marks this power within us, and acknowledges that we are not solely the bi- products of a mould in society, as mothers, girlfriends, wives, sex objects,  but that we have our own purpose which is deeper than these expectations that are forced upon us through gender. It’s a fun song though, I wanted it to be celebratory and a bit tongue in cheek – you know expressing with humour how ridiculous and unfair this situation is!  It’s also to remind us that hey the battle is far from over – we are making progress but these inequalities are still very prevalent. We need to make sure that we don’t lose sight of that – we have to stick together if we want to see any real change.

What does it mean to be an artist today?

I think we’re living in very interesting times for art – never before has information been so readily available and so instantly accessible. You can teach yourself practically anything from YouTube nowadays, which is all an incredibly new innovation – I mean, I still remember having to write out and transpose my own charts to bring to a band to sing, and even within my own short timeframe as a working musician I have seen this massive change. Things used to be hard to learn – you had to find the recording, then transcribe it, you had to be really into it, and in order to find the information you wanted, in itself, was sort of a mystery. Now you just type in a Google search and most of the time there is a blog or tutorial about it. Part of it is incredibly liberating – it gives people access to all sorts of information and with this knowledge come the tools and facility to create what you want to create – the possibilities almost feel limitless. For an artist this is exciting as many limitations have been lifted – you can record, produce, arrange, master, design, publish, blog, promote, manage, yourself. Never before have we had so much power over what we want to go out there. And as a result everyone fancies themselves as an artist. And why shouldn’t they?  Before it used to be a sort of exclusive club. But now everyone is a songwriter.

Where do you draw your inspiration from?

I am inspired by everything. I have gone through many different types of writing phases – for example hearing a song, loving it and then thinking ‘Oh I’d like to try and write something like that’  – trying to do my own take on a groove, or lyric idea – to thinking ‘I just want to write and not think about anything at all’  to ‘I have a message that I need to get out’… The past year has been full of political songs – the US election and Brexit really hit me hard, so I had quite a lot to get out with that – I still haven’t finished a lot of those songs, maybe you’ll hear them in a future album!! Becoming a mother was another huge inspiration. I don’t necessarily always write about my experiences, I have to say that I’m actually a pretty private person so I often don’t feel comfortable wearing my heart on my sleeve.  But I have found that with time I seem to be breaking this barrier slowly and am becoming a bit more revelatory in my writing…

Well. It’s not easy. Jazz has been and still is a male dominated art form. Even though the majority of singers are female, the working conditions are definitely adapted to the male of the species.  Ask any jazz musician about pumping breast milk on a gig – the likelihood is that few are still around to tell the tale. It’s a massive taboo that nobody talks about when you’re young and they should really. I mean you get all these young talented female musicians now coming up through the circuit starting their training at 18, playing everywhere and nobody tells them that in around 10/15 years there will be a decision to make and things are going to drastically change and you have no support in the community to get you through it – the strong ones just go on battling through (and by strong I also mean the ones with some family/partner support) and the other ones disappear. Fantastically talented, highly skilled female composers, singers, instrumentalists, arrangers just suddenly disappear after having children. Why? Because we work in an industry that does nothing to support them. There are loads of funding opportunities for the up and coming young female musician – lots of publicity, articles being written, collectives etc. But what about the young mothers? What about the female musicians who have worked their arses off for the past 10/15 years establishing a career only to have themselves forced to back away because there is no support with keeping them playing, what with childcare and the financial realities of being a touring, gigging artist?

Well I am lucky to be involved in many different projects – I play with a lot of different bands, and find myself arranging different styles of songs for different line-ups. Writing my own songs has always been a sort of therapy for me and definitely an important outlet. I’ve never been particularly bound by genre. I consider myself a jazz musician probably due to my training and the fact that I like to improvise when I perform – I tend to be more attracted to more groove based genres, but to be honest I don’t really write with that in mind, I just write!

You also work a lot in education, can you tell us a bit about that?

Yes, I currently teach voice at the Bordeaux Conservatoire and am all over the place coaching on various different masterclasses and workshops. I really enjoy teaching and how it forces you to really think a lot about process and cause and effect. I find it really helps me in my own development as an artist and also as a human being. As a performer we have all hit difficulties in the road – it’s so nice to be able to transform these challenging times into opportunities to help guide others and perhaps make their bump in the road less painful. I find it a great way of taking something negative and turning it into a positive. And of course I learn SO much from my students – I love learning so for me it’s a win win.

So ‘Rise Up’ is your new single, can you let us in on the secret about what else is coming up…?

I’m still working on the next album – it’s more of a contemporary album, it features a real fusion of styles all mixed up from things I’ve heard growing up I guess! There are some fun songs on there too – it’s a real mix, as always I’m not one to fit neatly into a box, I’m afraid! I like to think that’s part of my charm… i guess my style is… undefinable!