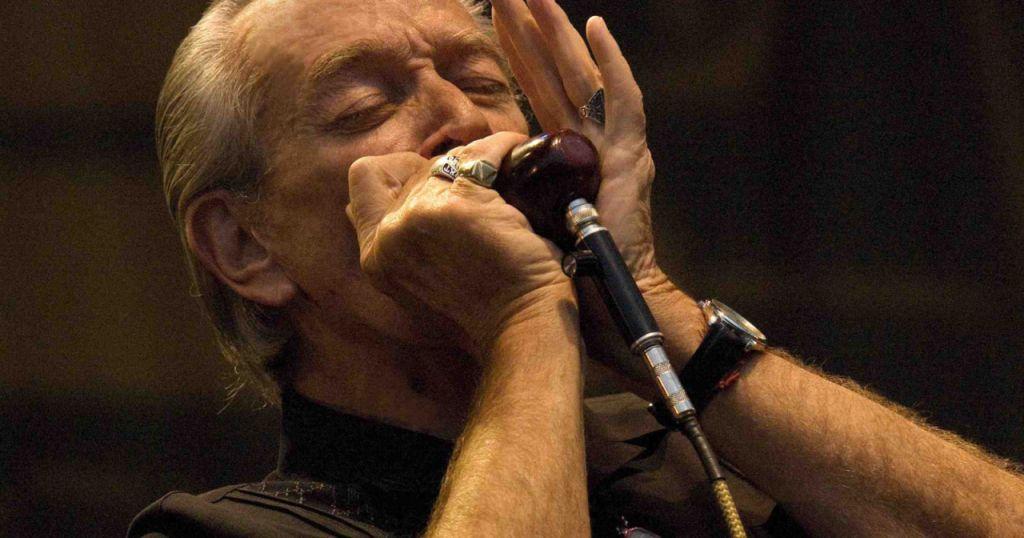 Blues harmonica master Charlie Musselwhite continues his musical journey from his birthplace of Mississippi to Memphis to Chicago and on to New York City. (He now lives in California.) I had the chance to interview Charlie Musselwhite, here’s an excerpt of some of the things Charlie shared with me.

Born in 1944, Musselwhite is a blues legend and was inducted into the Blues Hall of Fame in 2010. It’s a title which he shrugs off shyly in his southern drawl, “ain’t nuthin’ but a thang.”

Modesty aside, Musselwhite knows the blues inside out. “Blues is real music. It’s from the heart. It’s about life. It’s about good times and bad times with your buddy or your girlfriend. It’s your comfort when you’re down. It’s all-purpose music. Blues will get you through life. It’s always there for you,” he insists.

Now with over 20 records under his belt, Musselwhite has traveled the globe sharing his unique brand of the blues. “It comes from all around the world. It seems like every culture has its music of lament; good times and bad times, lost love and found love… they all have that feeling because they’re singing from the heart. When you meet those guys from another country that play that kind of music, even if they can’t speak the same language, we can play together effortlessly because you’re coming from the same place.”

On his 1999 recording Continental Drifter, Musselwhite collaborates with Cuban musicians, including Cuarteto Patria. “The musicians I recorded with are from the Santiago area and they didn’t know anything about blues. They didn’t know the word ‘blues’ and they never heard of B.B. King or Muddy Waters, but they liked the music when I played it. They thought it was really cool. I asked if they ever heard a harmonica playing their style of music and they said at one time it was fairly common, but you can only repair a harmonica so many times. You can keep puttin’ strings on a guitar, but a harmonica gets old and you gotta get a new one. There’s not many harmonicas left in Cuba.

They did tell me a story about a battle or something when the United States was occupying Cuba and there was a black guy named Smokey that played harmonica. When the battle was over, he stayed in Cuba and started playing with the local musicians. It seems to me that is where the first harmonica became a part of their music. And you know he had to be a blues player.”

Hailing from Mississippi (where he still owns a home), Musselwhite grew up in the fertile rich territory of the blues. “The historians say that Mississippi is where the blues started,” explains Musselwhite. “I once saw a map where they put a red dot where every blues singer was from and it looked like somebody dropped a ball of red paint, because it splatters out from Mississippi, which was all filled in and the dots got fewer and fewer the further away you got from Mississippi.”

As he grew up he got the travel bug, and he too started moving further away. “First I went to Memphis and got to know a lot of the ol’ timers around there. I learned from them. I didn’t actually realize at the time that I was preparing myself for a career. I just loved the blues. I was just hangin’ out with them and drinkin’ and havin’ a good time. There were always spontaneous jam sessions that happened and I started playing along. It was a hobby to me. I didn’t think it was something I was going to actually do to make a living.”

Then Musselwhite headed to Chicago: part of that post-war migration to northern cities where work was more plentiful. He ended up working as a driver for a guy who worked in pest control, exterminating roaches and rats. By night, he was exploring the city, hanging out in clubs where he might see legends like Elmore James, Muddy Waters and Sonny Boy Williamson. “I was amazed because I had all their records, they were my musical heroes,” he says. “I fit right in because we were all from the same place and I knew how to drink. I didn’t let anyone know I was a harmonica player. One time this waitress I knew real well told Muddy ‘you gotta hear this guy play harmonica!’ He already knew me as a fan because I would yell out, ‘Hey Muddy, play ‘Rollin’ And Tumblin” and he’d say, ‘how do you know that, boy?’ They always thought I was this crazy white kid that was a fan.”

When Muddy found out that Musselwhite could play, he was invited to sit in. “I played all night because Muddy would play from 9 at night until 4 in the morning. I guess Muddy liked the way I sounded because anytime, for the rest of his life, when he saw me, he would have me sit in. Other guys would see me sittin’ in and they started offering me gigs. When I found out they would actually pay me money. That got my attention! This would be more fun than workin’ in a factory. So I started playing music and one thing led to another.”

“Some jazz players are classically trained. And boy, you can really hear it. But blues players just have a looser flow and a warmer feeling… a certain sound, a certain tone. Muddy Waters had that song ‘Blues Had A Baby And They Called It Rock and Roll’ – jazz came out of the blues, I do believe.” 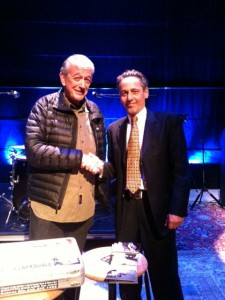