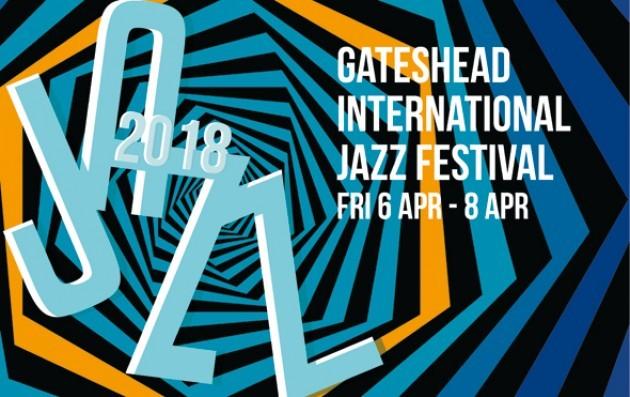 Gateshead International Jazz Festival is back for 2018 and will welcome some of the greatest jazz artists from around the globe at the three-day event. The UK’s biggest jazz festival held under one roof, fills four stages at Sage Gateshead from Friday 6 to Sunday 8 April 2018. The 2018 programme presents jazz artists from right across the spectrum – from exciting emerging talent from the new UK and European jazz scenes to icons of worldwide jazz.

African, Caribbean and American connections are part of jazz music’s DNA, and the opening concert in Sage Gateshead’s largest hall, Sage One, celebrates these with a sensational triple bill featuring singer Zara McFarlane and her band, with material from her new album Arise (Brownwood), Afrobeat drummer Tony Allen with his tribute to the iconic Art Blakey (Bluenote) and finally welcoming the legendary Sun Ra Arkestra to Sage Gateshead, led by saxophonist Marshall Allen.

Also on the opening night will be yet another unstoppable force in jazz, Chris Barber, who will return to Sage Gateshead with The Big Chris Barber Band.

Providing the funk and soul to the festival will be one of the UK’s most popular soul singers Ruby Turner who will be joined in a great Saturday night double bill by American funk superstar saxophonist Maceo Parker, whose collaborations over the years have included James Brown, Prince, Ray Charles, James Taylor, De La Soul, Dave Matthews Band and the Red Hot Chilli Peppers.

Mercury prize-nominated Portico Quartet who echo jazz, electronic and ambient music will offer a different style of jazz on the Saturday night. There will also be a rare chance to see award-winning UK singer Norma Winstone in a duo with American guitarist / composer Ralph Towner, known from the group Oregon and now famous for his many musical collaborations.

Sunday night’s headline concert features Guy Barker and his Big Band along with yet another major figure in British music, Georgie Fame, who has reached number one in the charts on numerous occasions.

New work is a key element of any of Sage Gateshead’s festival, and the festival will see the premiere of a new work by Gateshead born guitarist Chris Sharkey, The Orchid and the Wasp, which he will perform with the acclaimed free jazz drummer Mark Sanders. This concert will open with a set by one of the two winners of the 2018 ‘Jazz North Introduces’ award, the all-female trio J Frisco. More great female artists include Issie Barratt’s Interchange Dectet which includes some of the UK’s most talented female composer / performers including trumpeter Yazz Ahmed, singer Brigitte Beraha and saxophonist Tori Freestone performing ten newly commissioned short pieces.

Celebrating her 90th birthday in 2018 is the unique American jazz vocalist Sheila Jordan who was immersed in the 1950’s bebop scene. Sheila Jordan, who was married to Charlie Parker’s pianist Duke Jordan, gained her reputation both as a singer and as a hugely influential teacher. The singer will be in residence during the festival and will be in concert with a trio led by pianist / composer Pete Churchill on Sunday April 8, joined by a string quartet for selected numbers.

GEM Arts – one of the UK’s most dynamic promoters of culturally diverse arts- work with the festival to present ‘Jazz goes East’ – a double bill with high energy Dutch trio The Nordanians – featuring tabla player Niti Ranjan Biswas, plus London based tabla player and producer Sarathy Korwar and his quartet, building on the great reception he received at Newcastle’s Jazz Café last summer as part of the Masala Festival.

There is a welcome return from Amsterdam’s unique piano trio Tin Men and the Telephone where the audience will help to create the concert using their smartphone.

Estonia’s bands Kadri Voorand Quartet, The Tormis Project and Heavy Beauty will showcase a range of excellent music celebrating 100 years of their nation, and Norwegian trumpeter Arve Henriksen, who performed memorably in the first Gateshead International Jazz Festival, returns on the Sunday with a quartet including electronics maestros Jan Bang and Erik Honore and guitarist Eivind Aarset.

Music and food are always a great combination, and food writer and broadcaster Jay Rayner will reveal his prowess as a jazz pianist on Saturday afternoon along with his quartet, as well as recounting tales of his work as a food critic and of his mother, the much-missed agony aunt and broadcaster Clare Rayner.

The festival will also include family concerts, workshops and masterclasses, and a full concourse programme organised in collaboration with Jazz North East and others, along with a concert by Sage Gateshead’s youth jazz ensemble Jambone showing the results of work with guest composers James Brady and Issie Barratt.

Ros Rigby, Festival Producer said: “The programme of the 14th Gateshead International Jazz Festival presents iconic figures from jazz worldwide as well as presenting a picture of the vitality of jazz right across Europe, made possible with support from embassies and funders in the Netherlands, Estonia, Italy and Norway. We hope that the festival will appeal to audiences of all ages and musical interests, and, as before, create a welcoming atmosphere right through this action-packed weekend.”

With all events taking place under one roof it couldn’t be easier to move between concerts and try something new. Bookers can take advantage of the Jazz Multibuy – the more concerts booked across the weekend the more money saved.

Tickets are now on sale at the Ticket Office or by calling 0191 443 4661. Tickets can also be bought at venues website www.sagegateshead.com/gijf