A grand festival to celebrate the genius of Oscar Peterson 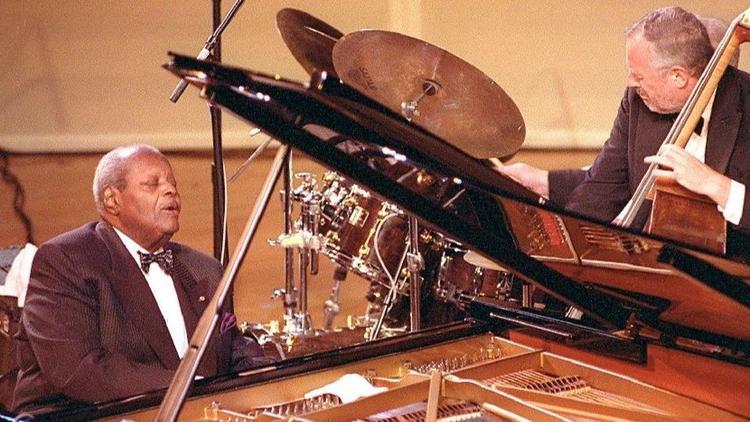 Recently journalist Howard Reich reported in the Olando Sentinel news of a new jazz festival to honor Canada’s great gift to jazz: piano virtuoso Peterson. The festival will take place in and around Niagara-on-the-Lake from February 16 through 18. The driving force behind the event is the same figure who in 2015 created the sumptuously produced, three-CD set “Oscar, With Love”: Kelly Peterson, the pianist’s widow. The festival features a strong line-up including Cecile McLorin Salvant, trumpeter Jon Faddis, bassist Christian McBride and pianists Benny Green, Renee Rosnes and Bill Charlap.

Orlando Sentinel: Kelly Peterson never intended to produce either a recording or a festival. But when a piano technician told her several years ago that her late husband’s Bosendorfer Imperial grand needed to be played, she decided to do something about it: She invited distinguished pianists from around the world to come to her home in Canada and record Oscar Peterson’s music on his instrument. No less than Michel Legrand, Ramsey Lewis, Chick Corea, Monty Alexander, Gerald Clayton and Rosnes accepted the invitation (some penning original works in Peterson’s honor), the result being one of the best jazz recordings of 2015.

“While we were recording ‘Oscar, With Love,’” remembers Kelly Peterson, “Renee Rosnes started talking about the James Moody Jazz Festival in New Jersey and other jazz festivals around the U.S. that are named for deceased artists and said: You know, there isn’t a festival for Oscar.

“So she and I started talking about it, and I thought it was a great idea. So then it was a matter of trying to find a venue, and who could finance it.”

Read the complete article here on the Orlando Sentinel website.