Why the Williamsburg Bridge Should Be Renamed After Sonny Rollins 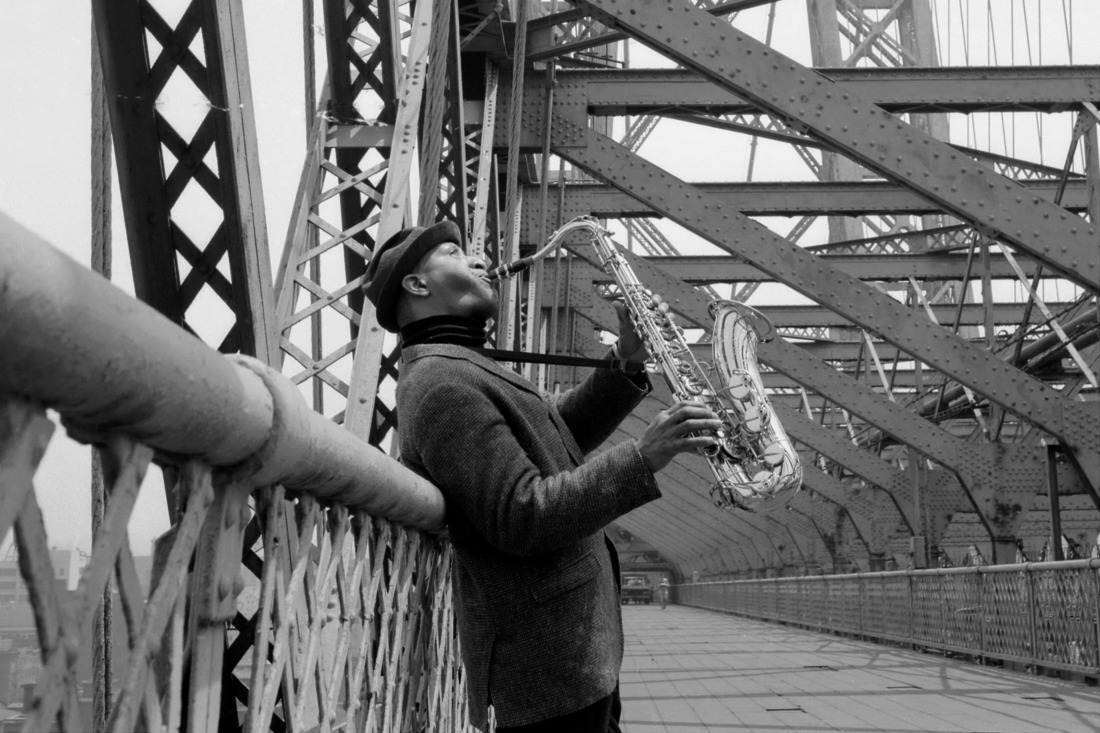 The Sonny Rollins Bridge Project seeks to rename NYC’s Williamsburg Bridge to commemorate Rollins’ musical sabbatical there from 1959-1961. In the summer of 1959, saxophonist Sonny Rollins slipped away from the jazz scene He was turning 28 years old and at the height of his career. Rollins would not perform in public again for almost 3 years. Instead he took to praticing alone, sometimes up to 16 hours a day on the pedestrian walkway of New York’s Williamsburg Bridge. It wasn’t far from his apartment on the Lower East side, and it was preferable to disturbing his new neighbours. During this period you could only hear Sonny Rollins playing if you walked up onto the bridge. As did David McLane with his camera in hand, taking this photo for the NY Daily News. It is perhaps the most iconic photo ever taken of this Titan Jazz Saxophonist. Interesting read…

Slate: There’s a campaign afoot, a bill was recently introduced in the New York City Council, to rename the Williamsburg Bridge after the jazz musician Sonny Rollins. Most efforts to monumentalize a notable figure are lame and, even if successful, go ignored. Nearly a decade ago, the Triborough Bridge was rechristened the Robert F. Kennedy Bridge, but no one calls it that because RFK had nothing to do with the bridge or that part of town. He was barely a New Yorker.

The Sonny Rollins Bridge, though—that would be something else. The renaming would resonate with the man, the site, and a vibrant slice of the culture of the city. Read the full article here…